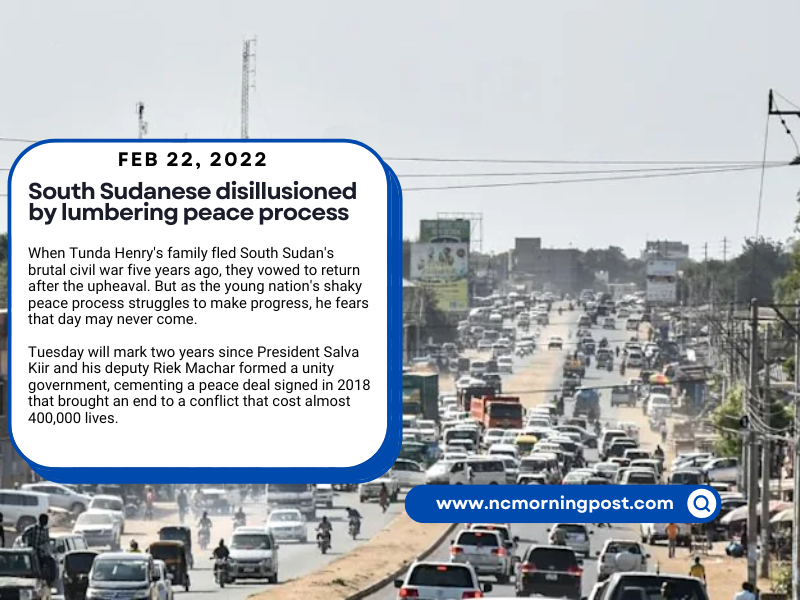 When Tunda Henry’s family fled South Sudan’s brutal civil war five years ago, they vowed to return after the upheaval. But as the young nation’s shaky peace process struggles to make progress, he fears that day may never come.

Tuesday will mark two years since President Salva Kiir and his deputy Riek Machar formed a unity government, cementing a peace deal signed in 2018 that brought an end to a conflict that cost almost 400,000 lives.

Since then, the world’s newest nation has lurched from crisis to crisis, battling flooding, hunger, interethnic violence, and political malaise as the promises held out by the peace agreement failed to materialize, leaving citizens like Henry deeply disillusioned.

“I am not happy,” said the father-of-five, the only person in his family to stay in South Sudan. Fear continues to dog his life, making it near impossible for him to travel to his home village from the capital Juba.

“Some people disappear on the way,” he said, with rebel groups such as the National Salvation Front (NAS) — which did not sign up for the peace deal — still at large.

Meanwhile, political bickering threatens to undo even the fragile gains made in implementing the peace process.

Machar and Kiir have been unable to agree on key provisions such as the creation of a unified army that will bring their forces under a single command.

With less than a year left before elections are due, South Sudan risks “going back to the conflict”, the United Nations warned earlier this month, barely a decade after winning its hard-fought independence from Sudan in 2011.

The five-year civil war which erupted in 2013 forced millions of people to flee their homes, with Henry’s family now living as refugees in Uganda.

The 40-year-old works two jobs in Juba, ferrying customers on his motorcycle to earn extra cash to supplement his teacher’s salary of 35,000 South Sudanese pounds ($80) — more than half of which is spent on rent.

My salary could not sustain me… I have to rent a house, and I have to send money to my family, “he said.

Despite being an oil-rich nation, South Sudan’s economy has effectively been held hostage by political corruption, with a UN report last September accusing the ruling elite of looting tens of millions of dollars from public coffers.

The country is ranked at the bottom of Transparency International’s corruption index along with Somalia and is hugely dependent on foreign aid — according to the United States, 75 percent of its population required humanitarian assistance last year.

Four out of five of South Sudan’s 11 million people live in “absolute poverty”, according to World Bank figures for 2018, and nearly two-thirds of its population suffer from severe hunger.

Foreign donors, who provide hundreds of millions of dollars in emergency aid each year, have refused to foot the bill for the lumbering peace process, irking the government.

“Many of the chapters are not implemented simply because of lack of funds (from) the international community,” Information Minister Michael Makuei told AFP in a phone interview.

“Most of the countries did nothing… instead they decided to impose an arms embargo on us which has made (unification) of the forces difficult,” Makuei said.

But international observers say they are frustrated by the lack of political will shown by the country’s leadership in implementing the terms of the peace agreement.

After years of limbo, few expect a government gripped by infighting to make swift progress in time for next year’s election deadline.

“I am more comfortable about extending the peace agreement for about one or two years so long (as) the government officials (get) their act together to implement the remaining provisions,” said Boboya James, an analyst at the Juba-based Institute of Social Policy and Research.

The authorities need to “ensure that there is a constitution, unified army, judiciary and electoral processes put in place”, he told AFP.

Until that happens, Henry has no intention of bringing his family back.

When they fled, he scarcely expected to spend half a decade away from his wife and children, the youngest of whom is just three years old.

Today, he is bracing for an even longer wait.

“Let my family in Uganda stay there,” he said. 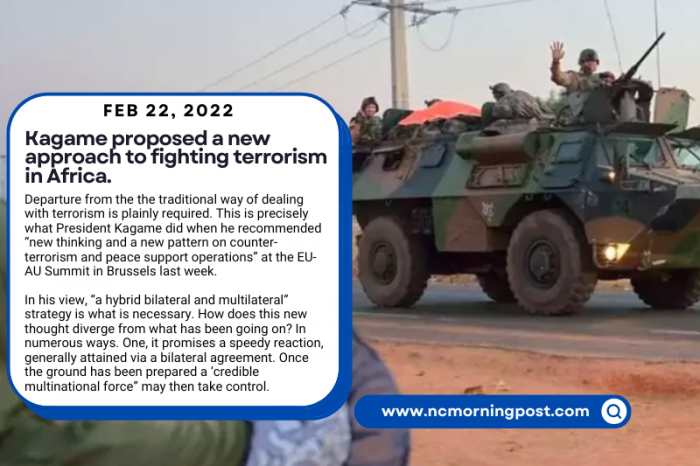 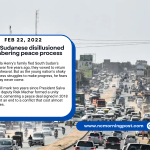