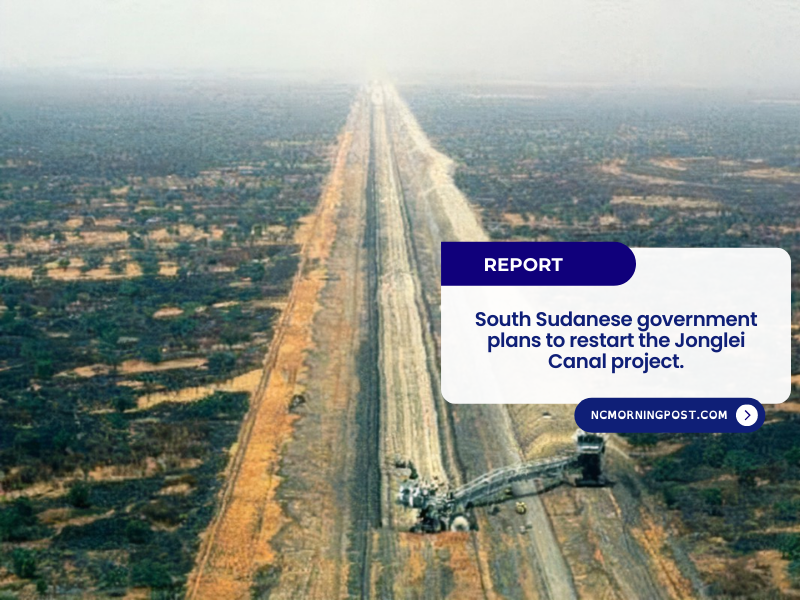 The government, via the Ministry of Water Resources and Irrigation, has completed the Jonglei Canal project paperwork, which will be presented to the Council of Ministers shortly.

In a recent publication seen by NCMP, Gattiek Wichar, the press secretary in the minister’s office, disputed people’s suspicions that the Jonglei canal is anything new, saying that it’s only a worry that the project’s completion would have a bad effect.

“What we have in the ministry is a recommendation that we should finish what was left undone, since there is less bad effect than benefit, and it’s a question of fear, because there is no proof that this would have a negative impact on people.”

“This project may help minimize the floods that are impacting our people; for now, the prepared document is ready, but it has not yet been presented to the council of ministers for approval; nevertheless, it will be submitted shortly,” he stated.

However, earlier this year, the Minister of Environment and Forestry, Josephine Napwon Cosmos, dismissed speculations alleging that the government intended to resume digging of the Jonglei Canal, stating that what was previously mentioned about the Jonglei Canal had not been passed to the Council of Ministers.

She went on to say that the council of ministers would not just adopt it without the permission of parliament.

The Jonglei canal project, which has been on hold since 1984 due to the outbreak of civil war between the Sudanese government and the SPLM/A movement, is viewed as a major threat to the ecology of the Sudd region, Africa’s largest wetland, which covers an area of approximately 57,000 square kilometers.

The canal project was designed to circumvent the water-holding Sudd wetlands that span from Central Equatoria, Jonglei, Lakes, and Unity via Upper Nile State to a point above the landmark and send water to the White Nile’s main river.

Meanwhile, Deng Majok Chol, an environmental specialist, proposed that investing in the migration of the most impacted people and towns to other locations untouched by the current large-scale flooding would help minimize floods.

He also said that building taller, larger, and safer dykes around partly flooded major towns will assist to safeguard communities that are still operating.

He went on to say that excavating or renovating the Fula Dam near Nimule will manage water flow and flood control, as well as allow for the generation of clean energy from hydroelectric sources.

Chol also adds that creating water reservoirs and dams in key regions near several sources of flooding will help to reduce floods in the country.

“Establishment of the National Water Resources Management Institute (NWRMI) in South Sudan, either by an Act of Parliament or an Executive Order issued by the President of the Republic of South Sudan,”

He said that a comprehensive strategy for South Sudan’s sustainable water resource management requires the involvement of numerous agencies: the Ministries of Water Resources and Irrigation, Environment, Agriculture and Forestry, Wildlife, and other relevant organizations. 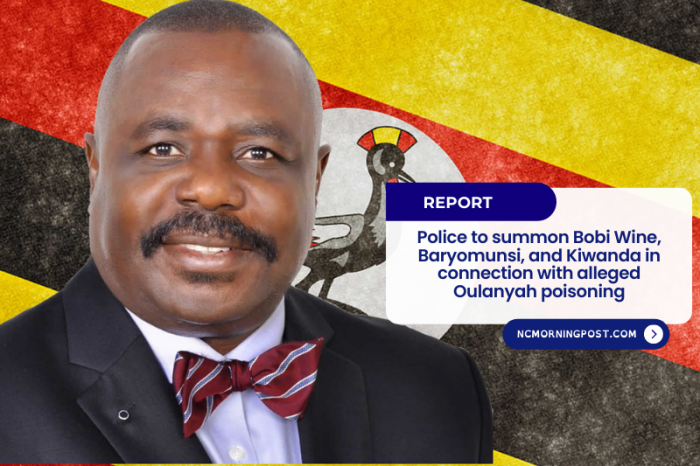 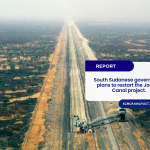