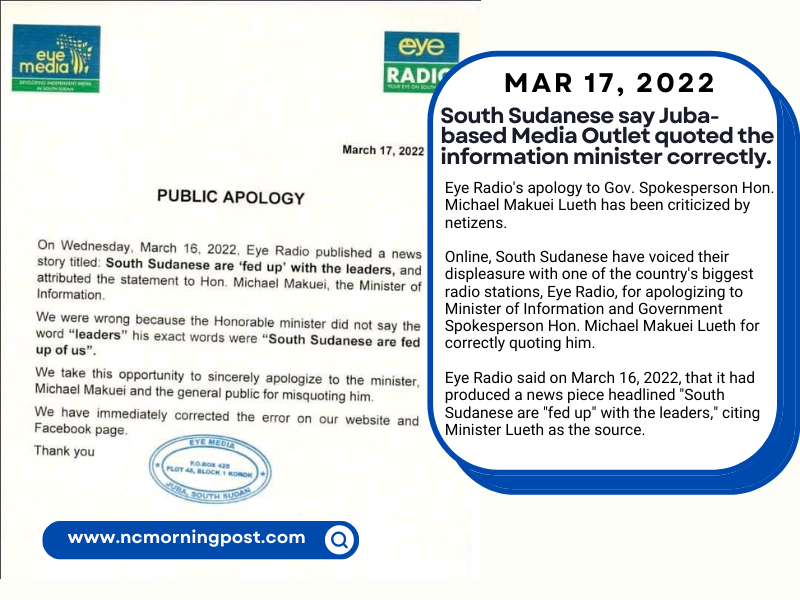 Online, South Sudanese have voiced their displeasure with one of the country’s biggest radio stations, Eye Radio, for apologizing to Minister of Information and Government Spokesperson Hon. Michael Makuei Lueth for correctly quoting him.

Eye Radio said on March 16, 2022, that it had produced a news piece headlined “South Sudanese are “fed up” with the leaders,” citing Minister Lueth as the source.

However, Eye Radio pointed out that they were mistaken since the minister did not say “leaders,” but rather “South Sudanese are fed up with us.”

On Facebook, a part of South Sudanese social media users rejected Eye Radio’s public apologies, blasting the station for being dismissive, and offered the following conflicting opinions to the remark.

“Simply state that you want to apologize for nothing. The word ‘we’ plainly alludes to the leaders “Geologist Agany.

“Abraham Deng Mawien, you should not have apologized at all since the phrase “we” referred to “leaders.”

“Because Michael Makuei is one of the leaders, there is no distinction between them and the leaders. Thiep Puot Adim “True meaning of “koc aguac” Malawi Thiong Malou “Your apologies is in futile, Eye Radio,” Thiep Puot Adim

Eye Radio has apologized and withdrawn a news article for the second time. It is one of South Sudan’s most prominent independent radio stations.
Was Eye Radio compelled to make an apology? Do you accept Eye Radio’s apologies? 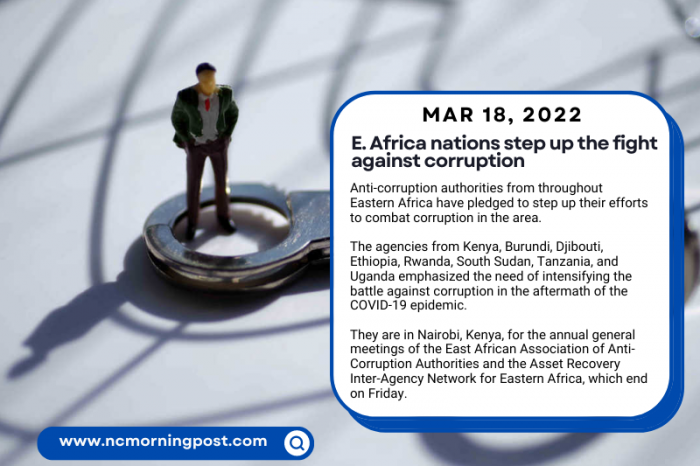 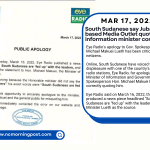