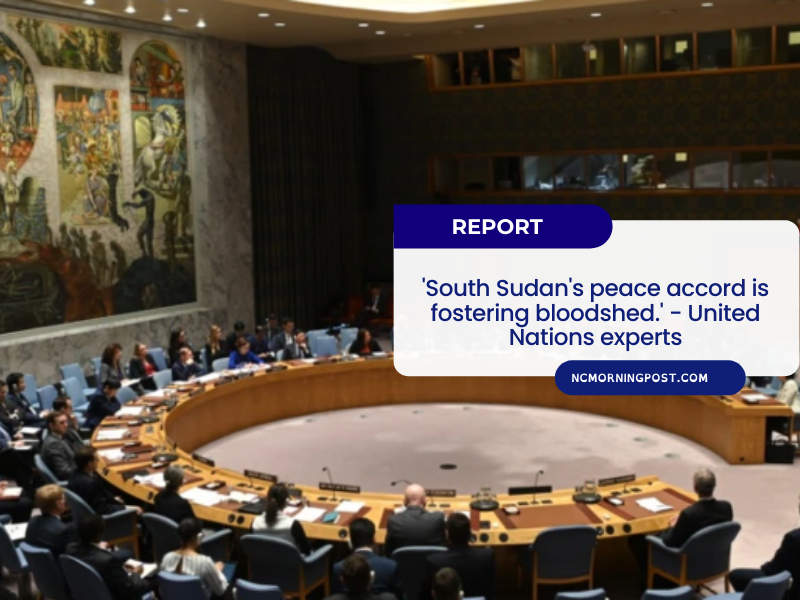 In its final report to the President of the Security Council, the UN Panel of Experts on South Sudan said that the renewed peace deal of 2018 has become a contributing element to stoking violence throughout the nation, rather than alleviating it.

The Panel of Experts said in a letter dated 28 April 2022 that every component of the peace deal is now subject to the political calculations of the country’s military and security elites.

“Rather than interrupting the violent cycle of elite political bargaining in South Sudan,” the experts stated, “the 2018 Revitalized Deal on the Resolution of the Conflict in South Sudan (the peace agreement) has become part of it.” “Almost every component of the peace deal is now vulnerable to the political calculations of the country’s military and security elites, who pursue their own limited objectives via a mix of violence, plundered public resources, and patronage.”

According to the experts, most of the peace deals are still stalled due to political disagreements amongst its primary signatories.

“At the national level, the lack of appealing alternatives and the advantages of showing an external commitment to peace have sustained the peace deal and allowed some scope for incremental improvement,” the report’s summary said.

“In September 2021, the Transitional National Legislative Assembly was recreated; the State Financial Management Oversight Committee restored some clarity to opaque public finances; and certain personnel were trained in preparation for a united national army.”

However, prominent government officials, according to analysts, have successfully courted the defection of top commanders in order to destroy the cohesiveness of significant opposition groupings.

“As alliances switched, the fragile truce came under frequent strain as defectors and loyalists battled, especially for access to bases, weapons, and valuable assets like checkpoints and river ports,” it says.

“In response, regional commanders have started on new waves of recruiting to bolster their numbers and maintain their prominence, in contravention of the conditions of the peace deal.”

“The zero-sum political calculus at the heart of the national political process has also fueled subnational rivalries and animosities, driving a wave of deadly subnational violence that has displaced tens of thousands of civilians and resulted in serious human rights violations, including the sexual and gender-based violence that has become a tragic hallmark of the conflict in South Sudan,” the experts said.

According to the report, despite some procedural progress toward peace agreement implementation, the conditions for millions of civilians on the ground are deteriorating as subnational violence, related displacement, and floods have combined to produce unprecedented levels of food insecurity across much of the country. Millions of people are still displaced, with around 70% of the population in need of humanitarian help.

The panel of experts also said that an economic crisis, caused in part by the worldwide pandemic and in part by local mismanagement, has added further hurdles in the form of inflation and the inability to pay government workers’ wages, on which many rely, despite rising oil prices.

“Instead, leaders have attempted to channel public resources into costly military procurement, including the import of armored personnel carriers, in violation of the arms embargo imposed on South Sudan’s entire territory by Security Council resolution 2428 (2018) and, most recently, renewed by Council resolution 2577 (2021),” according to the report.

According to the study, additional regional tensions and conflicts continue to impede cooperation with the South Sudan peace process, despite efforts by Sudan and Uganda to break the deadlock on particular subjects.

“Negotiations with parties that have yet to sign the peace deal have mostly stopped,” the report says, “resulting in an intensification of military clashes between the government and the National Salvation Front, notably in Central Equatoria.”

“There is still an urgent need for expanded involvement to salvage the hope of the peace deal sustaining peace and stability at the national and subnational levels,” analysts stated. 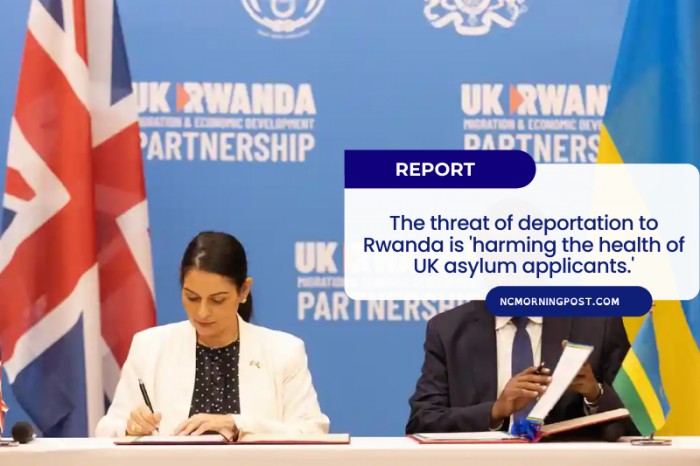 The threat of deportation to Rwanda is 'harming the health of UK asylum applicants.' 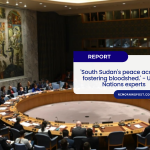