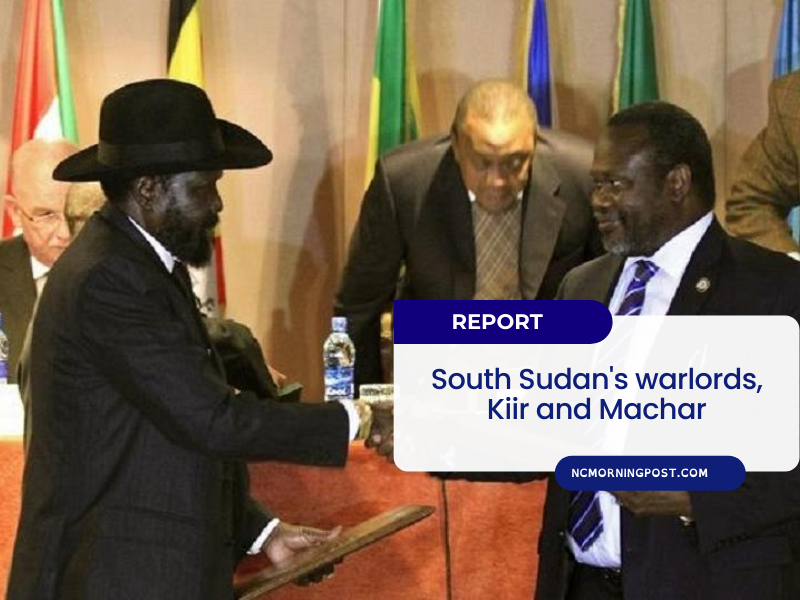 South Sudan’s recent history is dominated by Salva Kiir and Riek Machar. And, to a significant part, they will continue to have the destiny of the fledgling country in their hands.

So, who exactly are they? And what is the source of their feud? Kiir is the president of South Sudan, a country of 11 million people. Machar, a year his junior, is his on-again, off-again vice president. Over the first decade of South Sudan’s independence, the two men played significant roles in negotiating, agreeing, opposing, and violating peace treaties.

Their views, conduct, and actions have impacted the country’s winding path to and away from democracy, peace and development, and national unity. Understanding South Sudan’s current and future political progress, security, and national unity requires a detailed examination of these two towering political figures.

Both Kiir and Machar grew up during the first and second South Sudanese civil wars, which pitted South Sudanese rebel factions against Sudanese military forces and pro-government militias. These battles took place between 1955 and 1972, and again between 1983 and 2005.

Kiir is a Dinka, South Sudan’s most populous ethnic group. He was an officer and second in command of the Sudan People’s Liberation Organization/Army (SPLM/A), South Sudan’s primary rebel movement and army. He commanded numerous successful military offensives against the Sudanese government, including the liberation of huge swaths of Western Equatoria from Sudanese rule.

His military leadership made him popular among the movement’s military wings, and he had a clear vision of an independent South Sudan. His vision, however, was diametrically opposed to that of the late John Garang de Mabior, the charismatic SPLM leader who envisioned a unified Sudan in which South Sudanese and North Sudanese enjoyed equal political and economic rights.

Garang tragically perished in a helicopter accident in 2005 owing to a pilot mistake. Kiir assumed the leadership of the SPLM as well as Garang’s role as Sudan’s Vice-President and was elected President of South Sudan. South Sudanese gained independence in an overwhelming vote in 2011.

Kiir is noted for his quiet, mild-mannered, and emotionless public appearances. Even as a subordinate to Garang, he had a craving for official authority and influence, which he has steadily developed inside the SPLM and South Sudanese governmental institutions over the years.

Machar is a member of South Sudan’s second-largest ethnic group, the Nuer. During the 1980s, he served as a regional commander in the SPLM under Garang’s leadership.

He, like Kiir, opposed Garang’s goals, seeking an independent South Sudan. He also criticized Garang’s autocratic rule. Machar was appointed Vice-President of South Sudan after the 2005 peace accord and the death of Garang.

So, how did violent rivalry begin? Machar and members of other tribes created an alternative rebel organization to the main rebel group SPLM in 1991, frustrated with and opposed to Garang’s leadership of the South Sudanese struggle. This was known as the SPLM-Nasir faction.

Machar and his Nasir group fought for the independence of South Sudan. At the same time, they got financial and military backing from Khartoum’s military government, the SPLM’s major opponent. Using a divide-and-conquer plan, Khartoum used Machar and his men to turn the SPLM rebels, including Garang and Kiir, against them.

During one notorious murder in Bor, Nasir forces massacred hundreds of residents from Kiir’s ethnic Dinka group. As a consequence, there were retaliatory assaults. South Sudan’s internal divisions grew not only more violent, but also more ethnic in nature.

This ethnic violence’s aftermath is mainly unsolved and neglected. It remains a source of latent mistrust and suspicion that political rhetoric and manipulation exploit.

South Sudan has been mired in a civil war since 2013, mostly between Kiir’s Dinka-dominated army and Machar’s Nuer-dominated troops. Both Kiir and Machar are anxious about their political futures, as well as the security of their families, supporters, and ethnic kin.

The United Nations Mission in South Sudan (UNMISS) is tasked with assisting in the execution of numerous peace treaties as well as protecting civilians. It has a sizable presence, with about 14,000 military troops, 1,500 police officers, and at least 2,000 civilian employees. Nonetheless, it has often been criticized for acting too little too late to safeguard people.

Kiir and Machar do not seem to be ideologically opposed. They have both always envisioned South Sudan as an independent country. The challenge is deciding how to organize, distribute, and collaborate within a country made up of dozens of ethnic groupings and sub-tribes, diverse livelihoods, and cultural ties to neighboring nations.

Although they would never acknowledge it, it is evident that the two men see themselves and their ethnic groups as the primary heirs of the country, and that each has a valid claim to leadership. These claims are fueled by the relative demographic proportion of both tribes, as well as their involvement in the conflict with Sudan, owing primarily to their settlement regions near the South Sudan-Sudan border.

Foreign aid has been confined to humanitarian assistance in recent years, foreign investment has stopped owing to insecurity, and prices for common items have risen due to diminished agricultural activity and greater dependence on imports.

These are only a few of the factors that make ordinary South Sudanese residents’ lives even more difficult than they have been for the majority of their lifetimes.

At the end of the day, Kiir and Machar must decide what legacy they want to leave behind. 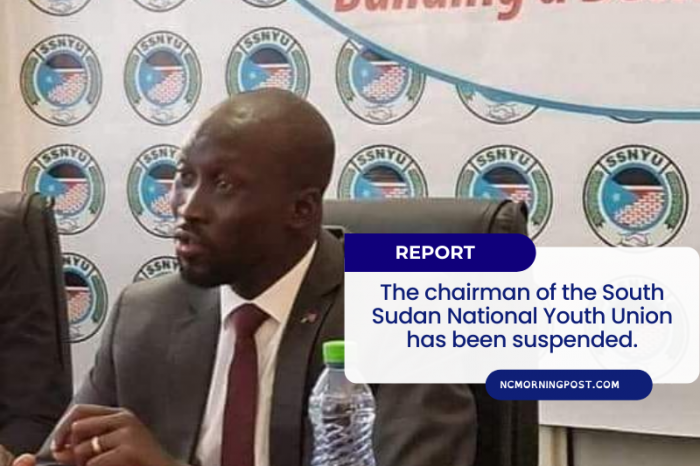 The chairman of the South Sudan National Youth Union has been suspended. 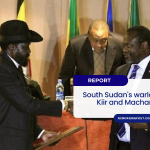