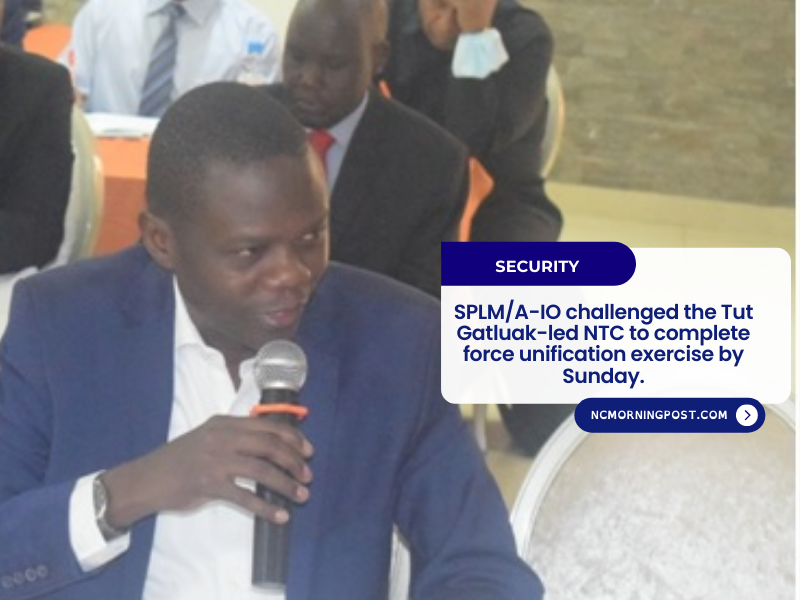 The SPLM/A-IO party issued an ultimatum yesterday, demanding that the force unification exercise be finished by Sunday, the day after tomorrow.

The party urged the Tut Gatluak-led NTC to establish the United Command Structure as soon as possible before arriving this Sunday, warning the organization in charge of executing the peace deal not to fail again.

Last Sunday, the agreement’s participants signed a final document on a united command structure, splitting responsibility-sharing 60:40 for government and opposition groups, opening the way for the graduation of Unified Forces that had been in training camps since 2019.

Martine Abucha, SPLM/A-IO’s representative for Ceasefire and Transitional Security Arrangements Monitoring and Verification Mechanism (CTSAMVM), addressed peace monitors and partners during the National Transitional Committee meeting, urging the NTC to expedite the implementation of the landmark command structure agreement reached and signed by the parties this week.

“Security adviser, let me express something really important. We signed an agreement on Sunday; now, as a member of CTSAMVM, I am speaking here,” Martine stated.

“We’ll report if you don’t do what you claimed we signed on Sunday, which is bad for all of us,” he warned emphatically.

He said that the NTC has seven days to execute the Unified Command accord.

“As an implementing institution, we will always report, but by Sunday, you will understand that you have a role to play.” “You have seven days to assess,” he continued.

Martine urged the NTC chair and the rest of the leadership to keep their pledges.

“I wanted to tell you to be dedicated so that we may do it in such a way that it would not be like previously.” “The last one wasn’t very excellent,” he said.

He urged the NTC to execute and carry out its responsibilities.

Martin praised the work of peace partners like IGAD, RJMEC, and CTSAMVM, among others, for their contributions to the peace process.

Tut Galuak Manime, Chairperson of the NTC, vowed to put the agreement into effect as quickly as feasible.

“We want to execute what we agreed on as quickly as possible, and then we can proceed with what we have decreed and prepare the training facility for the graduation of united forces who have remained and take the second batch to training facilities,” Tut added.

“We must commit to peace implementation, and stability is our priority.” People were scared last week, as you know, but when they saw leaders sitting together, they realized that everything was normal,” he claimed.

However, Lt General Gabriel Duop Lam, Acting Chief of General Staff of the SPLA-IO and Co-Chair of the JDB, confirmed the SPLM-IO’s commitment to peacekeeping.

“What is crucial here is that we are looking forward to the parties’ leadership speeding up the unity of command.” “I believe this will happen this week, and then we will provide a timeline as stated by the presidential adviser on security before the chair of the NTC,” Lam added.

“I hope the agreement’s participants have settled and agreed on a command structure to integrate the military; we need to take the nation ahead.”

“The mechanism has returned, and hopefully, following the unification of command of the JDB, JTC will come up with a timeline to ensure that graduation of united forces is completed,” he said.

“The army’s job is not political, and that is what has been delaying the graduation of troops,” Deng said. “Army structure, every officer, whether from IO or SSOA, when you get there, you will not be an officer of the opposition, but an officer of the nation who is serving South Sudan.” 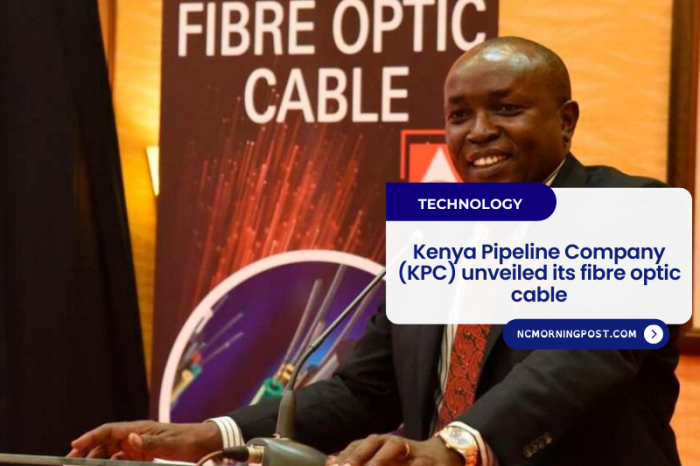 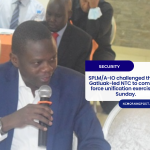