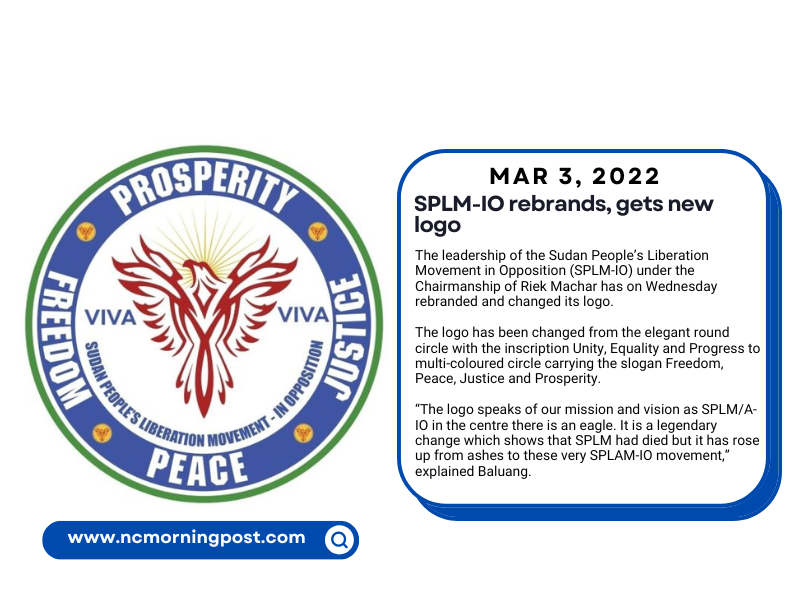 On Wednesday, the leadership of the Sudan People’s Liberation Movement in Opposition (SPLM-IO), led by Riek Machar, rebranded and updated its logo.

In a report reviewed by NCMP, Puok Both Baluang, the SPLM-IO director of communications and public relations who also serves as the acting spokeswoman for the First Vice President, explained that they are a different political body that has converged from an armed force.

“As SPLM/A-IO, the eagle in the center of the emblem depicts our mission and vision.” Baluang remarked, “It is a mythical change that indicates that the SPLM perished, but it rose from the ashes to establish the SPLAM-IO movement.”

He went on to remark that the logo’s green color symbolizes justice and prosperity. “These are our goals for South Sudan: freedom, peace, justice, and prosperity.”

The subject is freedom, according to Baluang, because they have been fighting for South Sudanese independence.

“We can attain justice and prosperity via peace,” he explained, “therefore all of the concepts in the logo match the SPLM/A-objective IO’s and vision.”
He explained that they designed the emblem to set themselves apart from the SPLM-IG as an open political party, because “what happened in 2013 was a split inside the SPLM party.”

He did say, however, that the SPLA-IO was legal because it was an armed movement promoting a reform agenda for South Sudan’s people.

“We are a legitimate movement, but all parties must be registered in accordance with the political party statute that has been tabled before the national legislative,” says the group’s constitution.

The SPLM/A-IO was not registered as a political party and was still in a political arrangement, according to Ateny Wek, Press Secretary of the President’s Office, who told RBC TV in 2021. 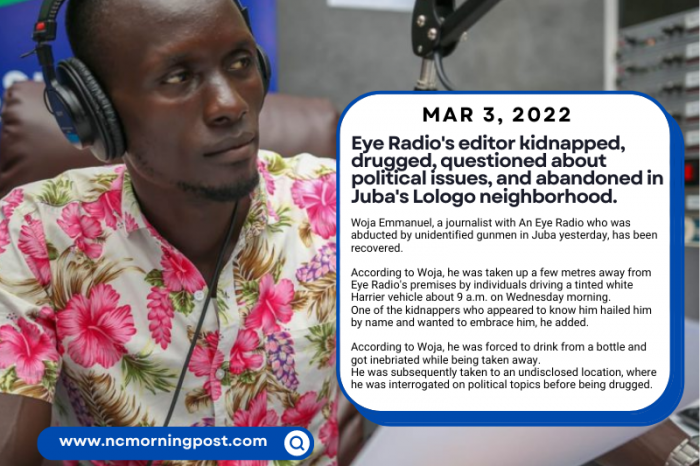 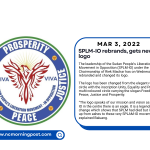