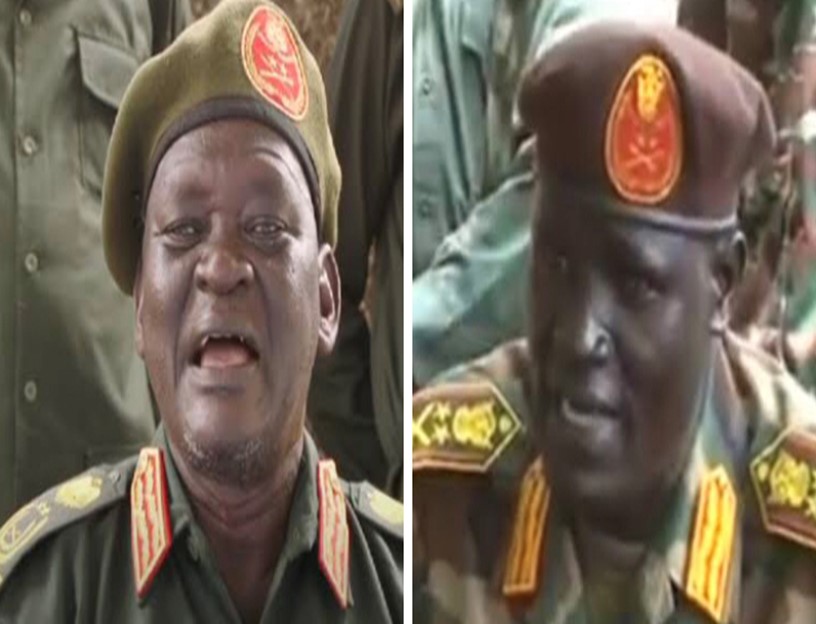 The Office of the First Vice President, Riek Machar Teny, has confirmed that a ceasefire has been reached between their troops and splinter groups led by Lt. Gen. Johnson Olony and Lt. Gen. Simon Gatwech Dual.

The big news was confirmed in an official communication released by Acting Spokesperson, Puok Both.

According to the memo, Johnson Olony and Simon Gatwech Dual telephoned FVP Riek Machar Teny on Wednesday at 11:54 Am and 5:50 PM local time, respectively.

Both assured the First Vice President of their commitment to the cessation of hostilities between the two antagonistic parties.

“Gen. Johnson Olony informed H.E. Dr. Riek Machar Teny-Dhurgon about their group’s acceptance of the ceasefire. In an amicable atmosphere, H.E. the Chairman and Commander-in-Chief emphasized the need to resolve peacefully the incident that took place in Magenis in Upper Nile State,” he added.

He further said that Machar and Olony “agreed to immediately send the Commissioner of Panyikang County Hon. Mustafa Gai to the county headquarters to assume his duties and to assure the population that there is peace in the area.”

He then said the two men “agreed to maintain contact.”

Last week, a fight broke out in Magenis among the supporters of SPLM-IO forces led by FVP Riek Machar and his breakaway Chief of General Staff, Lt. Gen. Simon Gatwech Dual.

More than 30 soldiers lost their lives as scores more were injured.

On Tuesday afternoon, the Presidency convened an emergency meeting shared by President Kiir and his other deputies to look into the crisis.

The meeting resolved several issues pertaining to the peace agreement, such as the graduation of unified forces.

Several guarantors to the Revitalized Peace Agreement, such as Troika Countries, have come out to pressure the government to ensure that the ongoing war between the SPLM-IO warring parties never spoils the peace agreement implementation.

The two leaders formed themselves into a new SPLM-IO. The news wasn’t taken well by soldiers loyal to Machar at the training center.

Find the press release below: 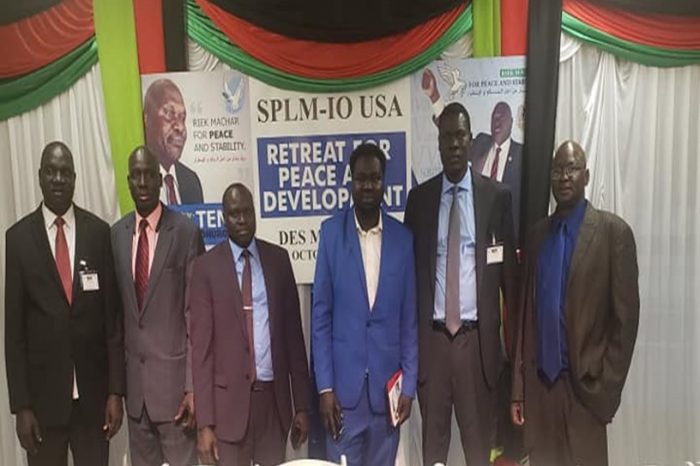 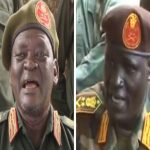