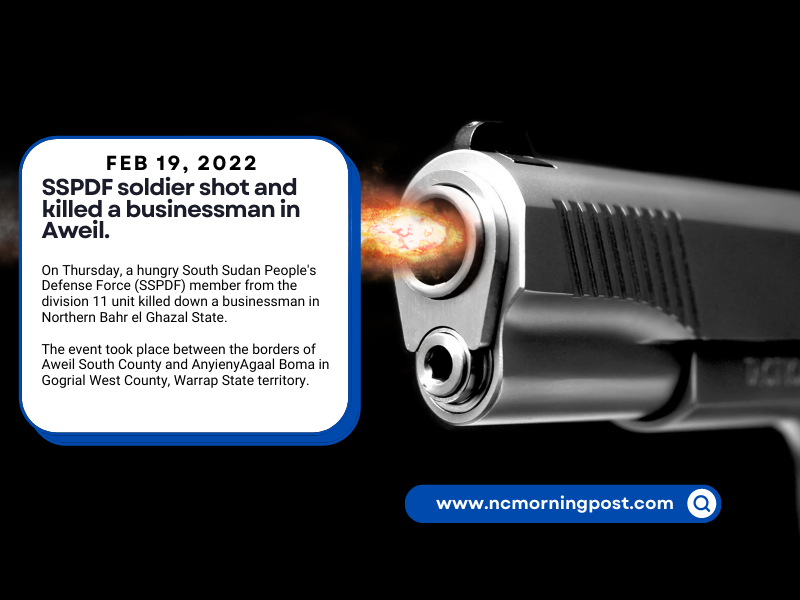 According to Captain Guot Guot Akol, Northern Bahr el Ghazal Police Spokesperson, the attacker is alleged to have gone to the deceased’s business and instructed him to give over to his family on the grounds that he was no longer alive and then shot him with many bullets, resulting in his death.

“According to a police investigator on the ground who declined to be identified, the residents of the vicinity arrived at the site but saw a pool of blood on the ground.”

According to the people, he claimed that the local officials in the hamlet could not assist in apprehending the individual and could only report it to the Aweil South County headquarters.

He added that the commissioner of Aweil South County, Thel Thel, and the Police Chief Inspector, Brig. Mabior Deng, are on the site investigating the reason for the deaths.

A lady whose name is unknown was discovered dead in the Madhol Payam forest early this year, and investigations are underway to determine who took her life.

Locals accuse the troops who are in possession of weapons even when they are not on duty for the widespread murders.

They urge to the military leaders in charge of monitoring them to tame their men, or else they would suffer from a dread of the unknown. 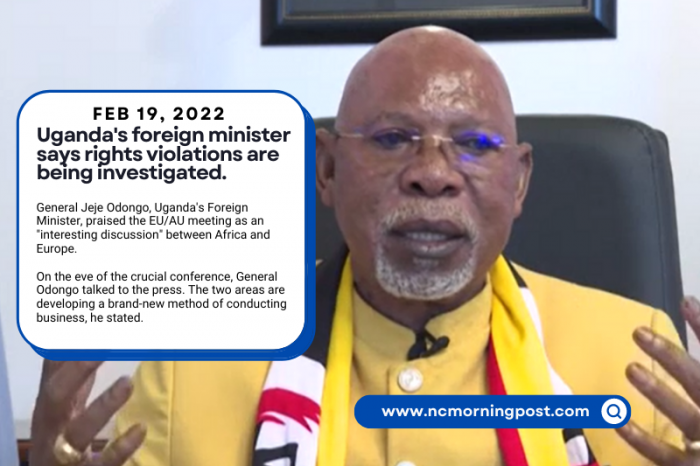 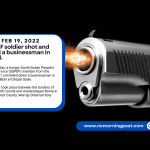