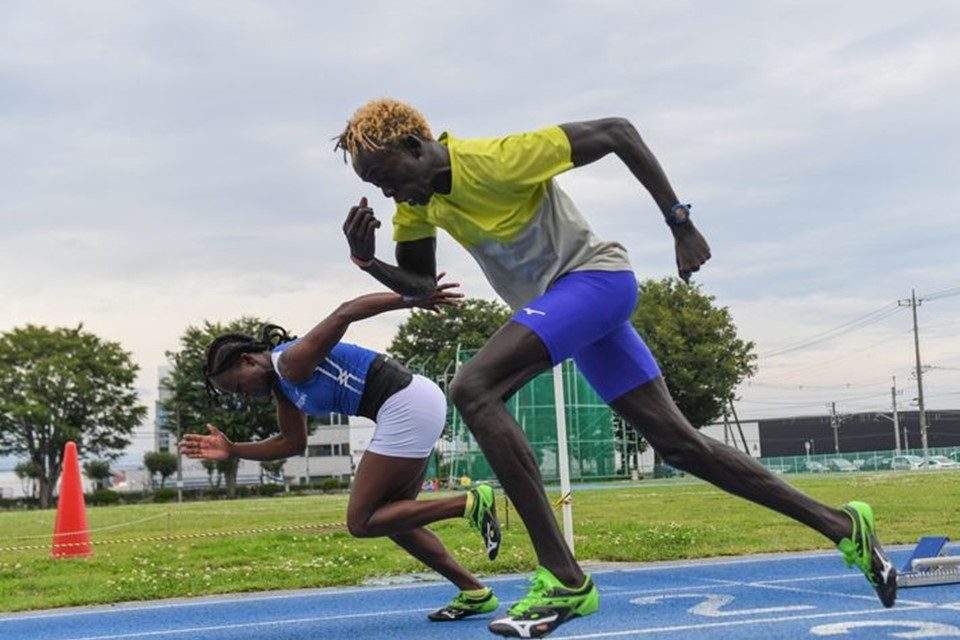 The city of 334,000 has taken in the team, helping to raise money to pay for their stay. On weekends and holidays, the group has mingled with locals at dancing parties, given speeches at schools and universities, and worked with the local police department to raise terrorism awareness. Even amid the controversy over holding the Olympics during a global virus outbreak, the relationship between the South Sudanese and their hosts have generated positive publicity and goodwill.

“We shall be able to learn a lot of things from each other, both bad and good,” said 1,500-meter runner Abraham Guem, who lost his step brother in the civil war. “What we feel is good, we take and teach our people at home. And what we feel is bad, we learn but we leave at the Olympic Village gate when we leave.”

Hosting the group hasn’t come cheap for Maebashi. Initially budgeted at about 20 million yen ($182,000), the cost of the stay grew to 30 million after the games were delayed. The bulk of the money was raised through a national program that lets people buy products from regional economies in exchange for tax deductions. Essentially a crowd-funding campaign, taxpayers from across Japan have contributed funds by buying Maebashi’s premium strawberries, peaches and pork, as well as the “soul food” of the region: roasted rice-cakes stuffed with red bean paste.

“I really appreciate them for their support and love and kindness that they have given to us since we came to Japan. God bless them,” 100-meter sprinter Lucia Moris said earlier this year.

Companies have also flocked to help the group and boost publicity. The athletes are outfitted by Fast Retailing Co.’s Uniqlo brand and wear Mizuno Corp.’s shoes and spikes. Yakult Honsha Co. has donated vegetable juice and yogurt, while Coca-Cola installed about a dozen vending machines throughout the city, which have since raised 1.3 million yen for the players.

A typical day for the group consists of Japanese and computer lessons in the morning, followed by track-and-field training in the afternoon. For food, the group gathers at a cafeteria in the basement of city hall where on a recent Tuesday they ate fried chicken with pasta, boiled vegetables and steamed rice. Almost every meal comes with a hot bowl of miso soup, which has become a staple for the group — although mostly eaten by spoon and not with chopsticks.

“Before I came I was afraid, especially about food,” 400-meter hurdle sprinter Akoon Akoon said earlier this year. “But now that I’m here, there’s food like rice, like we have at home.”

Maebashi officials have also kept the athletes busy with calligraphy lessons, introducing traditional Japanese musical instruments such as the koto, and training in the mountains outside the city. The players also learned to ride bicycles, which has become their main method of transport throughout the city. Training in Maebashi hasn’t been without some hiccups. South Sudan’s athletes pushed back against learning Japanese five days a week, which they saw as having limited use in the future. Organizers eventually changed their schedule to include more computer classes.

“Interacting with the athletes has given our citizens an opportunity to really reflect about peace,” Shinichi Hagiwara, head of sports activities at Maebashi who oversees the South Sudanese program, said in an interview.

Guem’s brother was among the estimated 400,000 casualties from the war, one of bloodiest conflicts in modern African history. Backed by the U.S. government, the Christian-majority South Sudan in 2011 won independence from Sudan, which is mostly Muslim. But an internal conflict quickly sent the new nation into a bitter struggle that wiped out almost 5% of its population through ethnic cleansing and widespread famine.

The scale of the bloodshed prompted relief efforts including an unusual offer from Japan: financing the training of South Sudanese athletes who lack the security and sports facilities in their home country. By sending a team to the Olympics, the Japan International Cooperation Agency’s Partnership program aims to promote unity between warring factions at home.

The country has enjoyed relative stability so far this year after the warring factions agreed to end fighting a year ago. On top of the casualties, a third of South Sudanese were displaced during the fighting. Today, more than half of its population continues to suffer from inadequate access to food, according to the United Nations. Its GDP per capita was $1,200 per citizen in 2015, most recent figures from the World Bank show. And the coronavirus pandemic has exacerbated the situation.

“As a new athlete I don’t know how it will go because I’m going to face tougher athletes with much stronger times compared to my own,” said Guem. “But I have to fight hard and at least reach the finals for my country.” 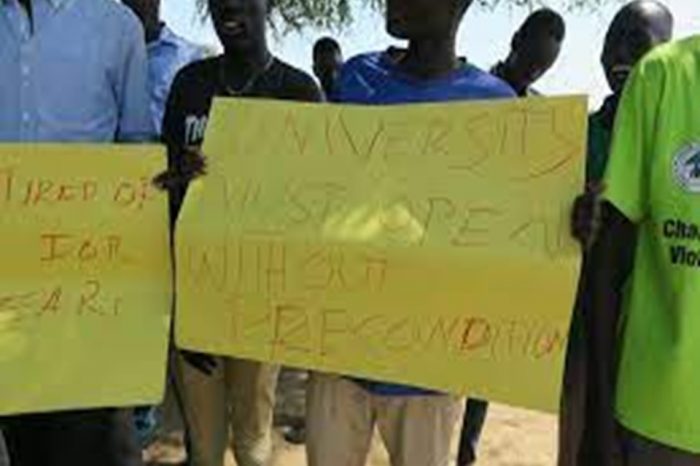 Gov't failed to reopen Dr. John Garang University, students back on the street in protest. 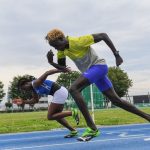