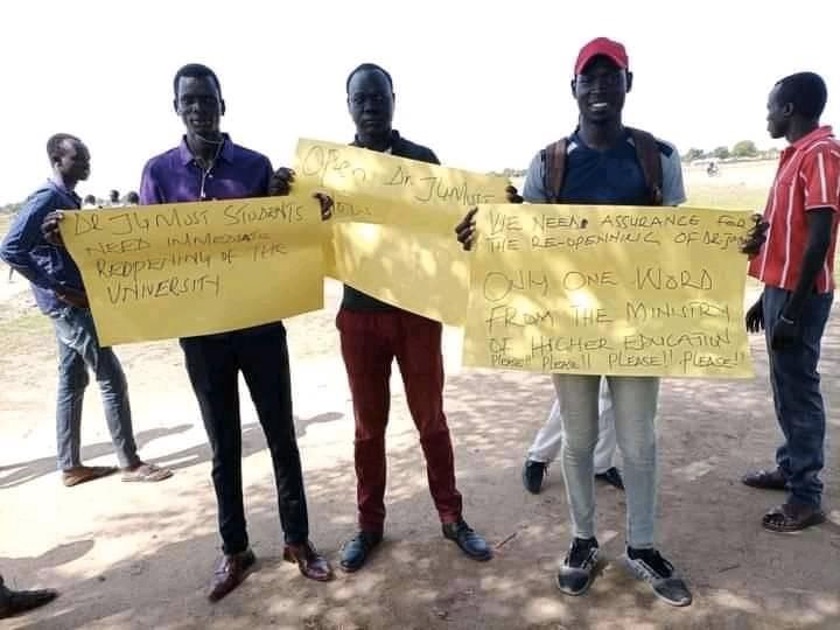 Students at Dr. John Garang Memorial University of Science and Technology on Thursday morning organized a peaceful protest against the continuous closure of the university.

Students of Dr. John Garang Memorial University of Science and Technical in Bor protests and have closed down the most busiest Marol-Pakwau street.

Last week, the University’s Vice-Chancellor, Professor Abraham Matoch, said the institution remains closed after the Ministry of Finance failed to pay the contractor providing food to the students.

The university was supposed to resume in mid-2019 after receiving two months’ operational costs but it was pushed to March 2020 based on the new academic calendar released by the administration.

One 4th year student (Mayen) kept shouting, ‘when will I get married, Mr. Vice Chancellor?’. Some of them were carrying placards with writings such as; “Education is our rights,” and “University must open without preconditions.” Some also complained about the government not paying contractors that supposed to supply the students’ food.

The amount of money Dr. Garang Memorial University owes the contractor – who has not been paid for two years – is not clear. However, in September 2018, students complained of the same issue when the unnamed company threatened to cut food supply. 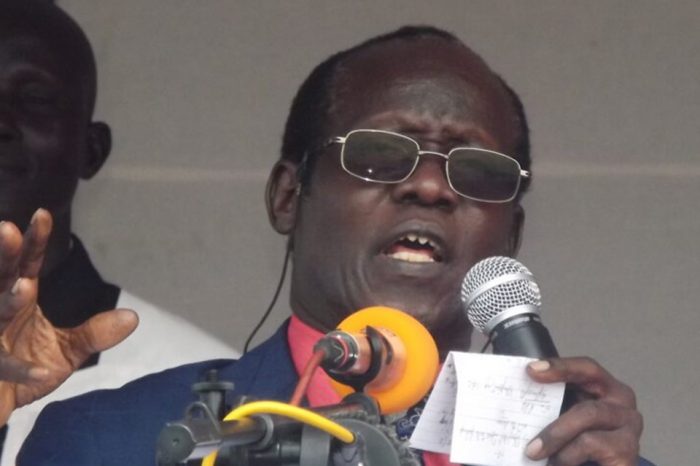 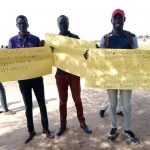