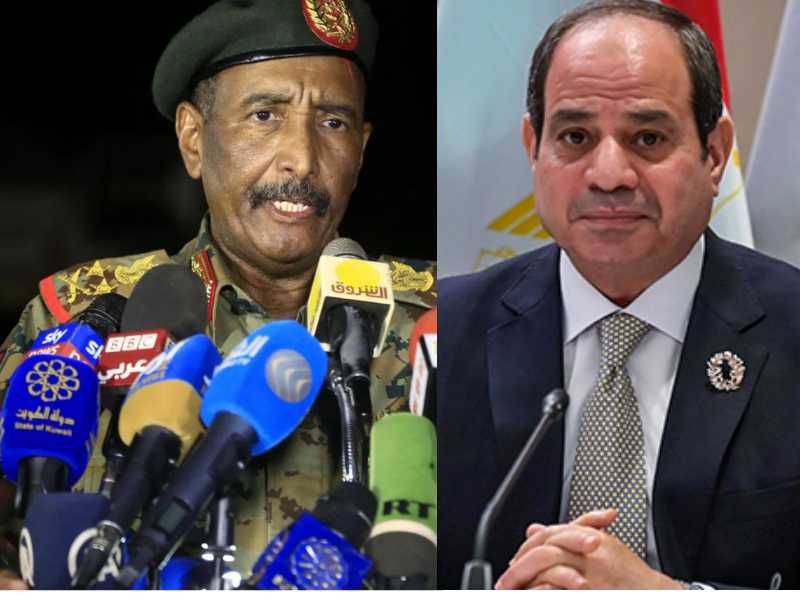 The strong relationship between General Abdel Fattah al-Burhan, who dissolved the civilian administration in Khartoum on Monday, and Egyptian President Abdel Fattah al-Sisi may have far-reaching ramifications.

Burhan and Sisi have been friends for a long time, despite the Sudanese general’s long-time links with the kind of Islamist organizations that Sisi has proscribed. Still, as Africa Confidential editor Patrick Smith told MEE, the two military chiefs are united by “the larger cause of preventing democracy.”

In May 2019, he made his first overseas journey as Sudan’s de facto leader, to Egypt. He then traveled to the United Arab Emirates (UAE) and Saudi Arabia.

Burhan worked briefly as Sudan’s defence attache in Beijing earlier in his career, but his military career under Bashir was marked by important roles in South Sudan, Darfur, and Yemen, where, as chief of the armed forces, he helped supply the Saudi-led coalition with Sudanese mercenaries.

Burhan has hailed Riyadh as a “forever friend,” and he has lengthy contacts with military officers in both Saudi Arabia and the United Arab Emirates.

“He was undoubtedly crucial in the destruction inflicted in Darfur,” Smith writes of Burhan, who fought in the area and served as a military intelligence colonel in charge of coordinating army and militia operations on people in West Darfur state from 2003 to 2005.

The Sudanese soldier has denied perpetrating crimes, but Darfur elders are certain of his complicity. Burhan has been labelled as a “bloody killer of the people of Sudan in Darfur since before 2014” by Sheikh Matar Younis of the Justice and Equality Movement in Darfur.

If we believe him, General Abdel Fattah al-Burhan was one of three Sudanese military officials who told Omar al-Bashir that it was time to end his three decades in power.

“I went to visit him and informed him,” Burhan told the BBC in April 2019, soon after being chosen leader of Sudan’s transitional military council. “I informed him that the armed forces’ leadership had determined that the situation was out of control and that he should resign.”

According to Burhan, Bashir just answered “OK,” then expressed a wish for civilians to be safeguarded.

It had to have been a tense call for Sudan’s senior general. Burhan, a seasoned soldier, had long been one of Bashir’s dependable lieutenants, both physically and politically.

Not long after the chat, on 12 April 2019, he was appointed as the head of the military council that removed Bashir, barely one day after the president’s immediate replacement – and former defence minister – General Awad Ibn Ouf stepped down.

As word of another military coup in Sudan came this morning, Burhan, the chairman of Sudan’s Transitional Sovereign Council (TSC) and commander-in-chief of the armed forces, seized centre stage, announcing a state of emergency and dissolving the government.

Burhan was born in 1960 into a Sufi family in a hamlet north of Khartoum and attended a Sudanese army college before moving on to Jordan and the Egyptian military school in Cairo, where he met future Egyptian President Abdel Fattah el-Sisi. He is married and the father of three children.

Civilians and displaced persons in Central and West Darfur alleged he had “blood on his hands” and was engaged in “genocide planning and execution, village burning, and relocation of defenceless residents.”

Burhan’s answer to such claims has basically been to state that he was just following instructions, and that what occurred in Darfur – largely regarded as genocide – was a conflict in which one side would very understandably accuse the other side of doing terrible things.

Burhan’s stay in Darfur was particularly noteworthy since it brought him into touch with warlord Mohamed Hamdan Dagolo, better known as Hemeti. Hemeti rose to the top of the Janjaweed, the Arab militias who brought death and misery to Darfur and have subsequently mutated into the Rapid Support Forces (RSF), with Hemeti remaining at the forefront.

Burhan and Hemeti, as commanders of the Sudanese Armed Forces and Rapid Support Forces, are both friends and adversaries. Hemeti is a deputy president of the transitional military council, although his family and the RSF gain greatly from their ownership of gold mines in Darfur, as well as the UAE and Saudi Arabia’s backing. Sudan’s military has a larger budget and control over a major military industrial complex.

Sudan’s civilian-led administration has put these diverse sources of power and money under jeopardy, which is said to be one of the reasons Burhan and Hemeti relocated when they did. Burhan was set to relinquish his position as the military’s head of the sovereign council this year, to be replaced by a civilian appointment.

According to Africa Confidential, both he and Hemeti are concerned about being held responsible for previous activities in Darfur, and Burhan has been campaigning to remove the civilian-led council of ministers.

Hemeti is a more charismatic, cartoonish figure than the quietly spoken, methodical Burhan, and the RSF leader is more closely associated with atrocities associated with the transition to democracy – most notably, the massacre of more than 128 people in Khartoum in June 2019 – than the armed forces general.

Burhan, formerly seen as the model apolitical soldier, is now caught up in a very political scenario. People are marching in Sudan’s streets, demanding democracy. Burhan’s Egyptian and Gulf friends will be waiting to see where he goes from here. 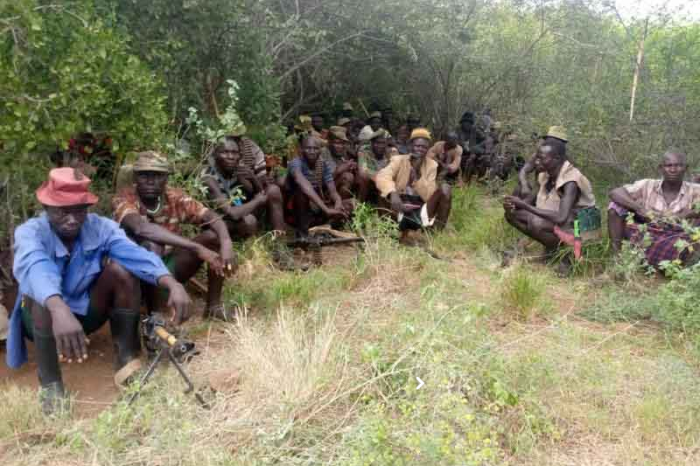 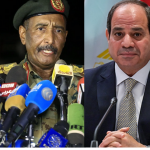