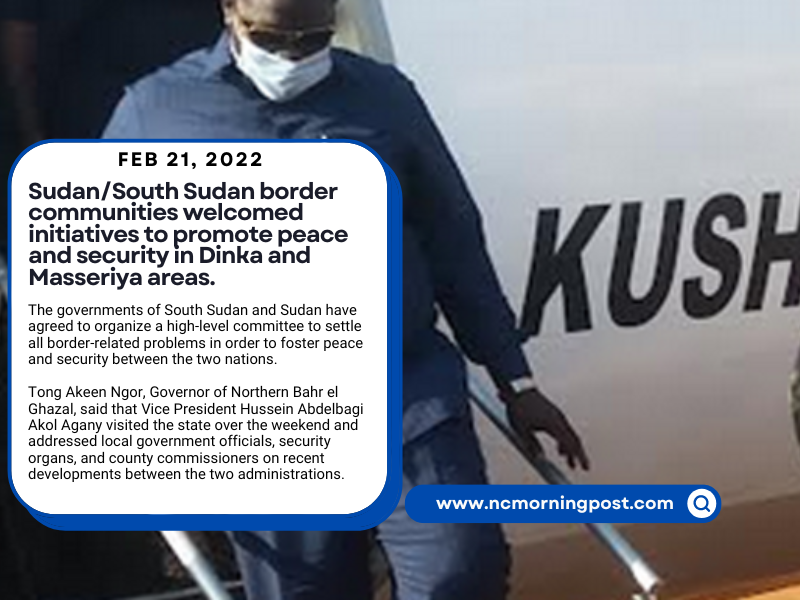 The governments of South Sudan and Sudan have agreed to organize a high-level committee to settle all border-related problems in order to foster peace and security between the two nations.

“Thank God, the vice president for services cluster in South Sudan, Hussein Abdelbhagi, has updated us on the recent meeting he held in Juba with Sudan’s sovereign council deputy chairman, Mohammed Hamdan Daglo, and the outcome was that a high-level committee presided over by the two vice presidents will be formed,” Governor Akeen said on Sunday.

“The governors from Northern Bahr el Ghazal and Unity states in South Sudan, as well as their counterpart governors from South and West Kordufan state in Sudan, would-be members of the committee at the same meeting,” he said. It is scheduled to take place one week from today (Sunday) and will establish norms and criteria for the reopening of borders, particularly between Northern Bahr el Ghazal and West Kordufan to minimize security risks between the Masseriya and Dinka Malual parts.”

Community leaders and businessmen on the border have hailed the decision, saying it would boost peace and security in the Dinka and Masseriya communities.

According to Abraham Garang, the chairman of the chamber of commerce in Warawar town in Aweil East County, the government-led effort is good since it would bring peace to the border regions.

“The plan is excellent because it would help to create peace between Dinka Malual and Masseria.” Peace backed by the government is preferable to peace supported by the community. We hope that if governments are engaged, there would be lasting peace, thus we applaud the move,” Garang added. “It is encouraging because if there is peace, commerce would increase and people will do their business between Sudan and South Sudan.”

The paramount chief of Aweil East County, Peter Makuach Kuol, explained on Monday a report by one of the popular media outlets that he supports the idea since it is the only way to bring peace to the people near the border.

“This is a wonderful chance for peace, and I have no issue since I am the overall paramount chief in Aweil East County, and if the government does anything, I will not resist it because I am subject to the vice president’s power.” 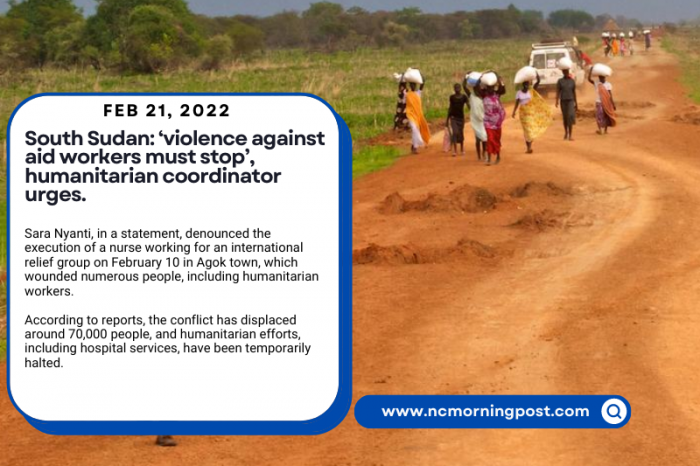 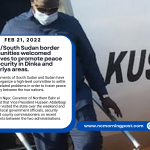