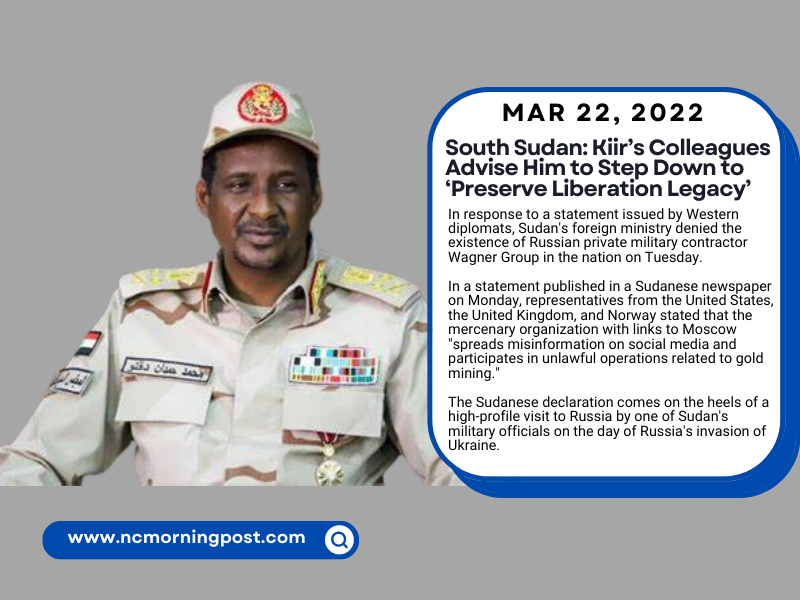 In response to a statement issued by Western diplomats, Sudan’s foreign ministry denied the existence of Russian private military contractor Wagner Group in the nation on Tuesday.

In a statement published in a Sudanese newspaper on Monday, representatives from the United States, the United Kingdom, and Norway stated that the mercenary organization with links to Moscow “spreads misinformation on social media and participates in unlawful operations related to gold mining.”

The Sudanese declaration comes on the heels of a high-profile visit to Russia by one of Sudan’s military officials on the day of Russia’s invasion of Ukraine. more info

Sudan’s foreign ministry accused the diplomats of interfering in Sudanese affairs and pulling the nation “arbitrarily” into the Ukraine crisis.

“They asserted that the Russian Wagner security business was present in Sudan and engaged in training, mining, and other illicit operations… which the Sudanese government categorically rejects,” the statement added.

US investigators have linked Wagner Group to Russian tycoon Yevgeny Prigozhin, who denies any connection to the corporation.

The US sanctioned M Invest and its subsidiary Meroe Gold in 2020, alleging that they were owned by Prigozhin and operating in Sudan.

According to a US Treasury declaration at the time, M Invest served as a front for Wagner forces in the nation, assisted in the development of strategies to crush demonstrators, including via social media misinformation, and was given gold concessions.

Between December 2020 and May 2021, Facebook removed accounts associated with the officially defunct Internet Research Agency, which was also linked to Prigozhin by US authorities, and which researchers say spread content supportive of General Mohamed Hamdan Dagalo, leader of the paramilitary Rapid Support Forces.

Dagalo, who helped organize an October coup that terminated a civilian-military power-sharing agreement, met with high-level Russian officials in Moscow on a trip that started on the day of Ukraine’s invasion.

The next week, he said that Sudan was open to a naval basing arrangement with Russia or any other nation. 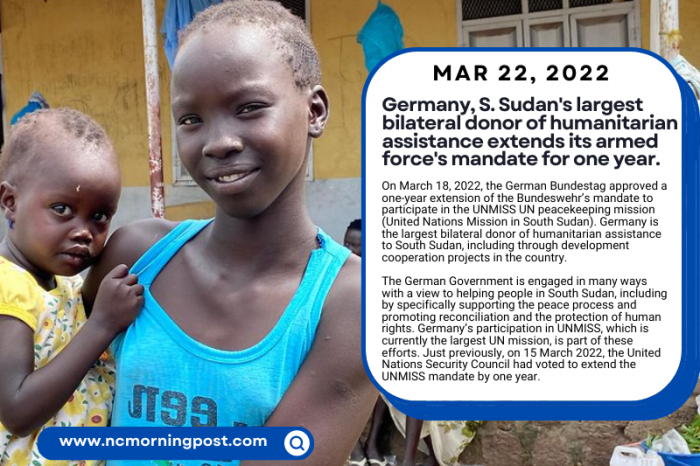 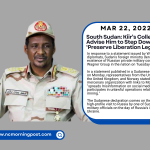