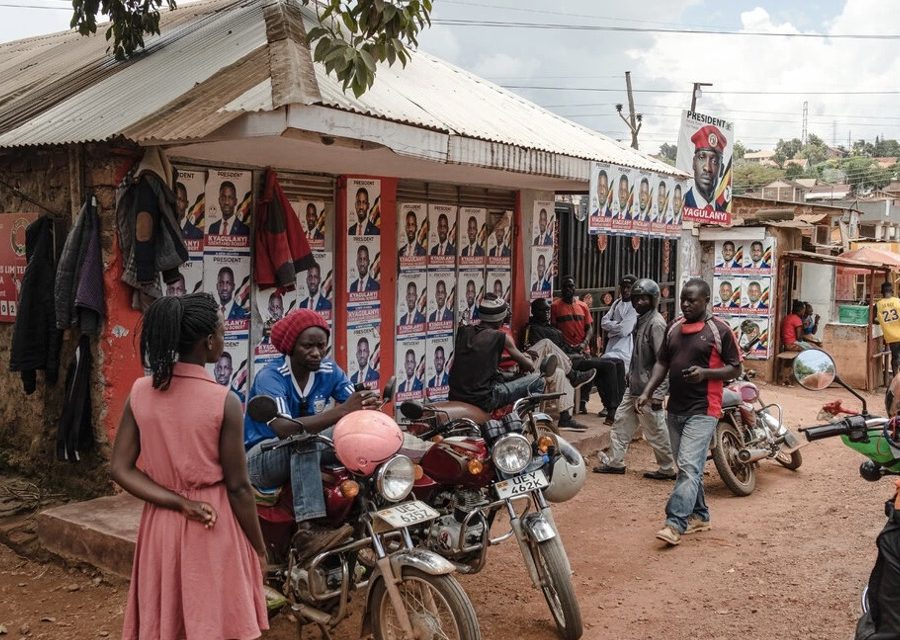 Armed men in white minivans without license plates picked up people off the streets or from their homes.

Those snatched were taken to prisons, police stations and military barracks where they say they were hooded, drugged and beaten — some left to stand in cellars filled with water up to their chests.

The fear is still so palpable in the capital, Kampala, that many others have gone into hiding or left the country.

Three months after Uganda’s president, Yoweri Museveni, won a sixth five-year term in office in the most fiercely contested election in years, his government appears to be intent on breaking the back of the political opposition. The president of Uganda, a strategically located country in East Africa, is a longtime U.S. military ally and major recipient of American aid.

His principal challenger, Bobi Wine, a magnetic musician-turned-lawmaker who galvanized youthful crowds of supporters, is now largely confined to his house in Kampala. Mr. Wine’s party said on Friday that 623 members, supporters and elected officials have been seized from the streets and arrested in recent weeks, many of them tortured.

For many Ugandans, the enforced disappearances suggest a slide toward the repressive policies of dictators such as Idi Amin and Milton Obote — who was ousted by Mr. Museveni. Ugandans now say they worry that President Museveni, after 35 years in power, is adopting some of the harsh tactics used by the autocrats he railed against decades ago.

“I didn’t know if I was going to make it out dead or alive,” said Cyrus Sambwa Kasato, his eyes darting as he spoke, his hand tugging at the rosary around his neck. A district councilor with Mr. Wine’s opposition party, he said he was held at military intelligence headquarters, his hands chained to the ceiling, whipped by several men at once.

President Museveni has acknowledged arresting 242 people, branding them “terrorists” and “lawbreakers,” and admitted that an elite commando unit had “killed a few.” But he denied that his government was disappearing its own citizens.

A military spokesman, Lt. Col. Deo Akiiki, said in an email, “Terrorism has changed the modus operandi of some security operations across the world.”

He defended the use of the unmarked white vans, saying that using “unidentifiable means of transport” was not unique to Uganda and that other countries — including the United States and Britain — have deployed similar methods to deal with “hard-core criminals.” He added that military officers are well trained in upholding human rights.

The detentions and disappearances, in Uganda’s central region and elsewhere in the country, have targeted both young and middle-aged men and women.

Some of those detained say they had collected evidence of vote tampering to present to the Supreme Court to challenge the official election results — which gave Mr. Museveni 59 percent of the vote to 34 percent for Mr. Wine. Mr. Wine has since dropped his challenge.

Many of those who agreed to be interviewed were initially afraid to meet, fearing that journalists were actually government operatives. They asked to meet in public spaces or in party offices. Most did not want their names used for fear of retribution.

They said uniformed soldiers or plainclothes gunmen whisked them away in unmarked minivans, known as “drones,” and shuffled them between prisons, police stations and military barracks — making it hard for their families and lawyers to find them.

They were ordered to turn over evidence of vote-rigging, accused of orchestrating violence and participating in an American plot to start a “revolution.” Mr. Museveni has claimed that the opposition was receiving support from “outsiders” and “homosexuals” who don’t like the “stability of Uganda.”

Some said they were charged in a military court with possessing “military stores,” including the red berets worn by supporters of Mr. Wine, which the government banned in 2019.

David Musiri, a member of Mr. Wine’s National Unity Platform Party, said he was shopping at a supermarket in Kampala on Jan. 18 when six gunmen in plainclothes assaulted him and injected him twice with a substance that made him lose consciousness.

Mr. Musiri, 30, said he was placed in solitary confinement with his hands and feet tied together. Like most of those arrested, he said that his jailers interrogated him about what they called “Plan B” — Mr. Wine’s postelection strategy.

Soldiers made him listen to recordings of his own phone calls with party officials, and kicked and hit him so much that he started urinating blood, he said. When he was released four days later, he couldn’t walk.

“We are the very people funding the dictator to do this to us,” he said.

Mr. Kasato, the district councilor, said that plainclothes officers picked him up from a church meeting on Feb. 8, threw him, hooded, into a car and clobbered him.

He said the men asked him for the evidence of election rigging he’d collected, and whether he had sent it to Mr. Wine’s party. He said, yes, he had.

Mr. Kasato, a 47-year-old father of 11, said that while he was chained to the ceiling, his feet barely touching the ground, military officers whipped him with a wire and pulled at his skin with pliers.

“It was a big shock,” he said. “I was praying deeply that I really survive that torture.”

In late February, Mr. Kasato was charged with inciting violence during the November protests in which security forces killed dozens of people — accusations he denies. He has been released on bail, but said he was still in intense physical pain, and that his doctors advised he seeks medical attention abroad.

Analysts say that Mr. Museveni, 76, who has ruled Uganda since 1986, is trying to avoid history repeating itself. He himself was a charismatic young upstart who accused his predecessor, Mr. Obote, of rigging an election, and led an armed rebellion that after five years managed to take power.

Mr. Wine, 39, whose real name is Robert Kyagulanyi, has become the face of this young movement, promising to shake up the country’s stifled politics. As his campaign gained ground last year, he was arrested and beaten and placed under de facto house arrest.

“We are seeing a movement toward full totalitarianism in this country,” said Nicholas Opiyo, a leading human rights lawyer. He was abducted last December and released, charged with money laundering after his legal advocacy group received a grant from American Jewish World Service, a New York-based nonprofit.

After years of working to defend civil liberties in Uganda, Mr. Opiyo said, “I have never felt as restricted and constrained as I am today,” adding, “It feels like the noose is tightening on our neck.”

Authorities have started releasing some of those forcibly disappeared following weeks of public outcry.

On a March morning in Kyotera, a town 110 miles southwest of the Ugandan capital, news spread that 18 of the 19 local people who went missing had been returned.

One was Lukyamuzi Kiwanuka Yuda, a 30-year-old trader who was taken from his home on the night of Jan. 8. Mr. Yuda said that 15 to 20 men in black counterterrorism police uniforms broke down his door, beat him and asked whether he was training “the rebels.”

For more than 70 days, he said, he and others detained with him remained hooded and shackled, allowed to lift their hoods only up to their lips when eating their one meal a day.

“We would count the days based on when the meal for the day arrived,” he said, while continuously gazing at the sky. When asked why he kept looking up, he said, “I miss the sun.”

In the hours after the reunion, neighbors and local officials gathered, cheering, ululating and hugging the returnees. A tent was pitched, and soon families arrived dressed in their best as a pastor delivered a prayer of thanks.

But one resident quietly slipped out.

After rushing over, Jane Kyomugisha did not find her brother among those released. Her brother, who is 28, had run in the local council election as an independent. He was taken away on Jan. 19 and has not been seen since. Ms. Kyomugisha said she has asked about him at numerous police stations, but in vain.

“I feel a lot of pain that others have come back and my brother is not here,” she said in an interview at her convenience store in town. With each passing day, she feels more hopeless.

“They should tell us if he’s dead,” she said. “Give us back the body and let our hope end there.” 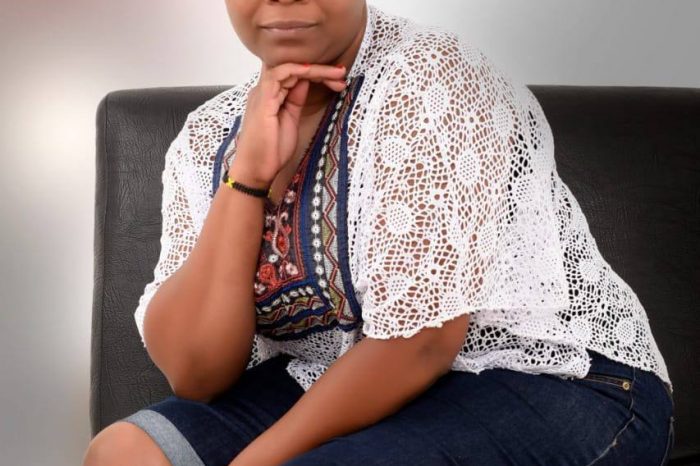 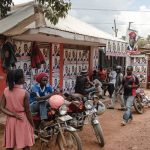