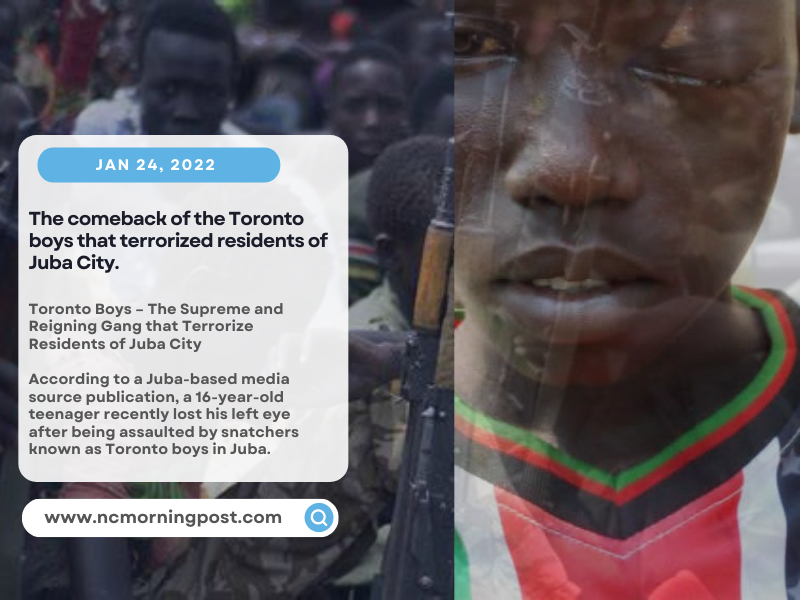 When the South Sudan economy started to deteriorate in 2015, unidentified motorcyclists began stealing handbags and other costly items from pedestrians on their way to and from the market.

The grabbers arrive in twos and ride on one motorbike, typically Senke, which some people say had their gears changed, and that no other motorcycle, only YAHAMA, would attempt to follow and cash them because to its mechanical capabilities.

The pair serves two purposes: one is to ride a motorbike, and the other is to seize stuff from their victims’ hands. People were attempting to figure out where these youngsters came from as the number of incidences of grabbing increased.

It wasn’t long ago that the public began to suspect Toronto Hotel parking lot bikers of being responsible for the city’s grabbing operations.

Rumors were already circulating across the capital. One myth, from which the guys earned their moniker, said that these boys were from a Toronto hotel, while another claimed they were from hell. Since then, the guys have taken hundreds of purses and other valuable things from pedestrians and open vehicle passengers.

However, the actions of the Toronto guys are beginning to resurface on a wider scale in Juba.

According to a Juba-based media source publication, a 16-year-old teenager recently lost his left eye after being assaulted by snatchers known as Toronto boys in Juba.

On Tuesday in the Hai Commercial residential neighborhood, Wichdial William was savagely attacked when he resisted bicycles who tried to take his phone.

According to his older sister, the little child was on his way to pick up a phone from a nearby charging station when the Toronto motorcyclists stopped him.
The riders apparently tried to steal the phone, but William resisted, resulting in the beating.

Hano said that the guys hit her brother in the face and on the forehead.
Following a routine medical check-up at Juba Teaching Hospital, the physicians suggested that his eye be removed due to the severe damage.
On Wednesday, William’s eye was removed at the Buluk Eye Clinic.

Hano William is now urging the authorities to address the increased number of incidences of bag snatchers on Juba’s streets.
She also requests a probe into the event that endangered her younger brother’s life.

“If the government cannot protect us from those criminals, what is the significance and usefulness of the government of South Sudan if they do not care about our children who are on the streets?” Hano said in an interview with Eye Radio on Monday. Hanu accuses the government of neglecting to provide people with adequate security.

“The government is supposed to arrest all of the Niggas and Toronto guys who are assaulting and murdering folks on the streets for their activities against our people here.”

“This nation has no government because if we had a government, all of these kinds of illegal actions would have ended, and that’s why criminals and Toronto have the freedom to do these things,” she said.

Wichdial William attends Buluk Primary School in Juba and is in fourth grade. An expecting woman died last week from head injuries received after she fell on the asphalt at the seventh-day roundabout after being pushed off a motorbike by two Toronto lads.

The gang gangs known as the ‘Toronto Boys’ have been one of the security dangers to Juba citizens.

Since 2014, the unidentified motorcyclists are suspected of stealing handbags and other valuables from pedestrians on their route to and from the market in Juba.

The grabbers arrive in twos and ride on one motorbike, primarily in Senke, which some say has its gears changed and that no other motorcycle would attempt to follow and cash them owing to its mechanical capability.

The pair serves two purposes: one is to ride a motorbike, and the other is to seize stuff from their victims’ hands. Residents of Juba’s capital have been subjected to injuries and financial losses as a result of events committed by teenage bicycles for more than five years.

Members of the public have made multiple concerns to the government about the conduct, but security personnel have done nothing. 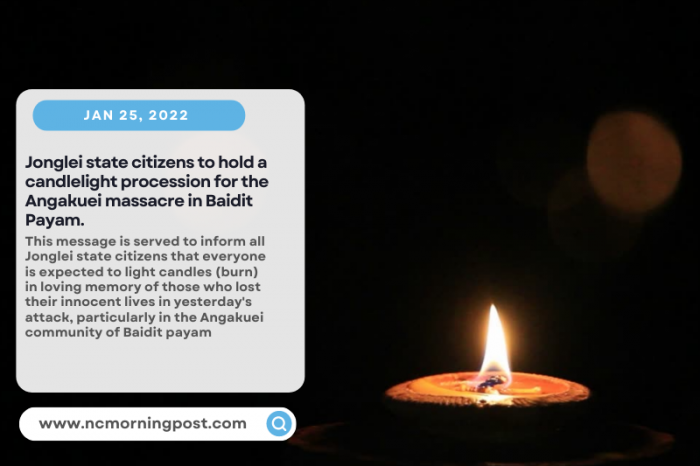 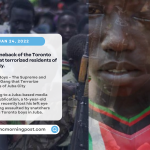