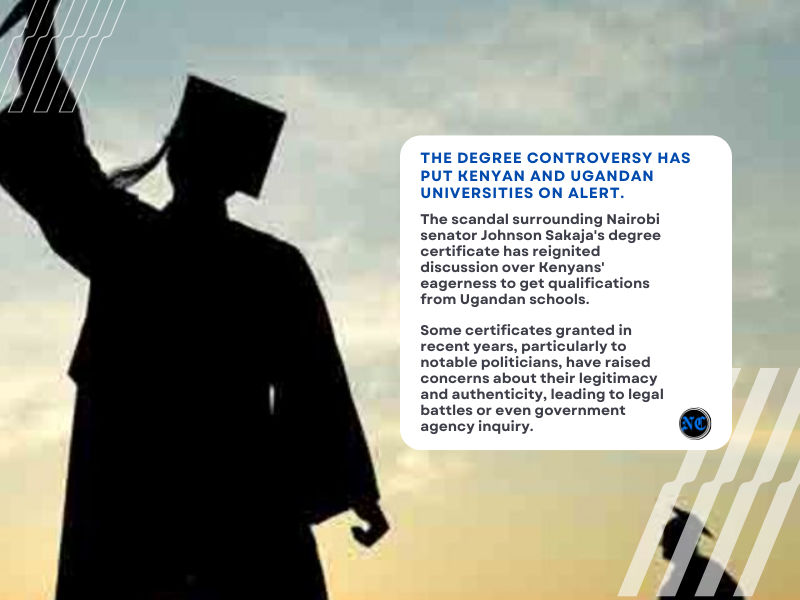 Some certificates granted in recent years, particularly to notable politicians, have raised concerns about their legitimacy and authenticity, leading to legal battles or even government agency inquiry.

Previously regarded as a refuge of academic brilliance owing to the excellent standard of graduates produced by certain of its institutions, such as the famed Makerere University, a number of new schools in the nation have received criticism over the credentials they provide to students.

The rush to Ugandan schools and universities is primarily due to the simplified admission standards, tailor-made programs for students, remote learning, the privacy afforded by some of these institutions, and the simpler and faster cash supplied by international students. According to some analysts, this has made it an appealing destination for most Kenyans, including politicians.

Prof Venansius Baryamureeba, a Ugandan mathematician and professor, told the Saturday Nation that a number of Ugandan schools have been experimenting in order to recruit international students.

“Uganda has long been noted for its higher education.” But, over time, institutions have discovered new and innovative ways of attracting students, such as relaxing admissions rules, promoting credit transfers, online courses, flexibility within institutions, and many others,” said Prof Baryamureeba, former acting vice-chancellor of Uganda Technology and Management University.

“There are also occasions when colleges guarantee their pupils privacy, which is appealing to most politicians.” Then, with online programs, one may just come to school to take select classes, which is more convenient for many overseas students,” he said.

These fresh and appealing techniques have mostly been ascribed to an increase in the number of private institutions and colleges in the nation, which are always devising new ways to stay relevant in order to recruit more students.

But, according to experts, this has come at a cost, since some of these incentives, such as the loosened entrance standards, have resulted in students and even politicians with poor grades gaining admittance to universities and colleges.

Mombasa Governor Ali Hassan Joho, for example, is claimed to have been accepted to Kampala University with a D- mark in KCSE examinations, which aroused eyebrows.
Mr. Joho and Wajir governor Mohamed Abdi have both been accused of obtaining degrees from Kampala University despite failing to meet the admissions requirements.

Mr. Sakaja, on the other hand, claimed to have hardly attended his lessons before receiving his degree diploma in management (external) from Team University.

Mr. Fagil Mandy, an education specialist, and a former Ugandan government official said that the increase in the number of private schools in the nation has both positive and negative consequences.

This is due to what he views as a lack of effective monitoring, which causes some of these organizations to break the regulations while doing their business. According to official data, Uganda has around 30 private institutions and six state universities.

“It has always been the Ugandan government’s objective to enable more private institutions to operate.” However, this may come with certain drawbacks, such as inadequate government oversight. This is what has led to some of the present instances,” Mr. Mandy, the former head of the Uganda National Examination Board, told the Nation.

According to the statutes regulating the formation and administration of private universities and colleges in Uganda, accreditation of institutions may only be given if a set of requirements established by the government has been met.

These include, among other things, the supply of the university’s name, location, purpose, and activities, membership, administrative and academic structures, officials, means of punishing staff, ways of admitting students, and sources of revenue.

However, individuals have been known to violate some of these laws, which Prof Baryamureeba describes as a complete breach of the law.

“It is true that some of our schools occasionally accept students without complying with certain of the government’s stated rules, which ends up tarnishing part of the reputation many institutions have acquired,” Prof Baryamureeba said.

Mr. Sakaja is accused of receiving a bachelor’s degree from Team University in Uganda without attending lectures or graduating from the school. This is according to a petition filed before the Independent Electoral and Boundaries Commission’s tribunal.

Surprisingly, the university’s official website has subsequently been deactivated. According to previous material on the website, the school was founded in 2001 with the goal of providing professional accounting training.

According to information obtained from the website previously, its creators are accountants Tushabomwe David, Balikuddembe Joseph Kigongo, and Rugaba Sam Kindyomunda. It was renamed Team Business College before being elevated to the status of a university in 2010.

Nominated MP Godfrey Otsotsi told the Nation that politicians favor Uganda because of the low levels of government monitoring.

“Some of them feel that the certification system over there is considerably weaker than in Kenya or even Tanzania,” Mr. Otsotsi said.

According to the Ugandan Universities and other Tertiary Institutions Act 2001, a government-registered institution that breaches the code of conduct in teaching and giving diplomas, among other violations, may be de-registered.

Prof Macharia Munene, a professor in international relations at the United States International University Africa, feels the rise in doubtful credentials is attributable to negligence on the part of Kenyan authorities.

“There is a big failure in some of our processes, which is why you keep seeing some of these instances come up despite repeated pledges by the administration to crack down on suspects,” said Prof Macharia Munene, an international relations professor. 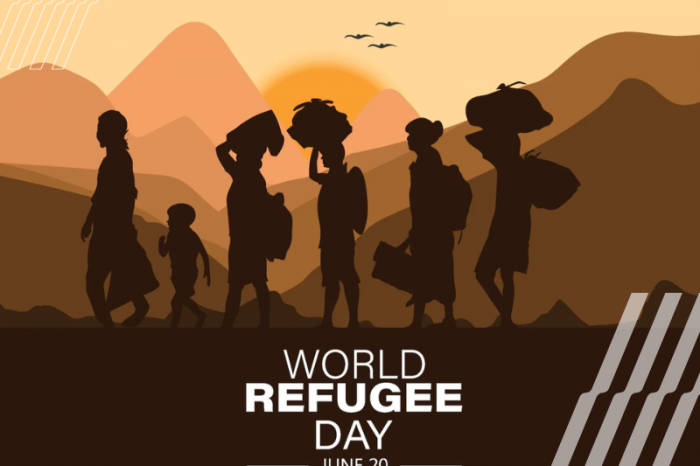 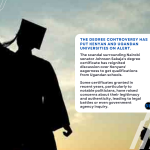