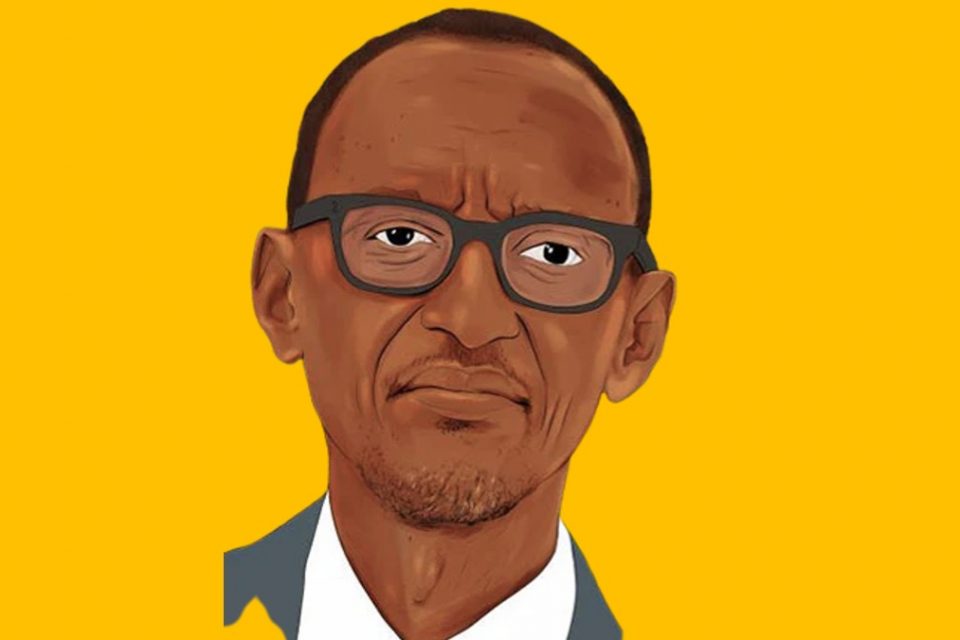 Paul Rusesabagina was a humble hotel manager when became a hero amid the horrors of genocide, saving 1,268 people from machete-wielding mobs. His story, immortalised in Hotel Rwanda, was remarkable: fearful days spent pleading with gangs of killers, fraught nights spent firing off faxes begging for help to stop the hideous butchery taking place outside his gates.

His actions brought fame and a United States presidential medal of freedom. But he was dismayed to see his nation become snared in fresh horrors under the one-time rebel turned president Paul Kagame; there was the invasion and looting of next-door Democratic Republic of Congo that left millions dead, as well as the routine killings, detentions and disappearances of Rwandans who questioned their leader’s rule.

Why, he asked me ten years ago, was Britain propping up this despot with big dollops of aid when his democracy was such an obvious sham? “We know what happened in the past. But that does not mean we close our eyes to what is happening now,” he said. “I did not keep silent in 1994 and I cannot keep silent now. We need justice, not aid.”

Today, Rusesabagina stands in a Kigali court clad in prison pink, the latest victim of Kagame’s paranoid misrule. He was seemingly set up by an agent posing as a Burundian priest, lured six months ago from his Texan home to Dubai and then flown on a privately-hired jet to the Rwandan capital. Three days later he was paraded in handcuffs, facing charges on nine offences including murder, armed robbery and membership of a terror group. The president crowed about a “flawless” operation.

Rusesabagina had told me several times about the smears, the death threats and the assassination attempts he endured, which eventually forced him to move from Belgium to a gated community in the US. He is in his late sixties with some health issues, so he knows there may be little hope of seeing freedom again.

Kagame is sending out a clear message to his critics with this kidnapping and show trial: no-one is safe from his reach, whoever they are and wherever they live. Only on Sunday, another leading opposition member was killed in Cape Town in a shooting that bears all the hallmarks of a targeted assassination, according to one man who survived such a hit.

There should be little doubt now about the true nature of Kagame’s regime. Slowly but surely, the sheen has come off the self-styled saviour of his nation, exposing the reality of his Tutsi dictatorship along with more complex and often-murkier insights into the genocide and its aftermath. More and more former loyalists have spoken out in dismay at their nation’s descent into darkness. Even with such a skilled Rwandan diplomatic and public relations machine, there are only so many times another Kagame critic can be accused of being a sympathiser of génocidaires.

Yet there is disturbing irony underlying this latest show trial as Paul’s presence in that Kigali court reminds us again of the validity of his words when we spoke a decade ago: why is Britain backing this barbarous figure? Even now, even today.

Britain pumps huge sums into this tiny central African nation — £111m over the past two years alone — while its president spends a reported £30m a year sponsoring Arsenal FC, his favourite football club. Our officials churn out pathetic reports talking about “building effective government institutions” and “development of an open and inclusive society” while Kagame kills his critics, overturns term limits, jails political foes, squashes free expression and shuts down the slightest space for civil society.

Only last week he told CNN that “democracy is not defined by the West”, and spoke about the “imperfections” in those countries which “elect their leaders” only for voters to “turn around and start complaining about the same leaders they elected”. Perish the thought that there might be any complaints from people under his style of “democracy”.

It gets worse, however. Rwanda was a German, then a Belgian, colony. But Kagame preferred the adulation from British and US leaders over rising criticism in the Francophone world of his rule and the RPF’s role in the 1994 bloodshed. So he imposed English as an official language, encouraged cricket and was permitted to join the Commonwealth. Now he is preparing to host royals, presidents and prime ministers from around the world, having been handed the bi-annual Commonwealth Heads of Government Meeting, due to be held in Kigali in June.

Yet why has this monstrous dictator been handed such a prestigious event when, for example, it has never gone to Ghana, despite its far closer ties to Britain, its genuine democracy and its symbolic significance as the first African nation to gain independence?

The answer lies in the tragic legacy of guilt over the world’s failure to prevent the sickening genocide, fused with the desperate desire of Western leaders to find an aid success story. So they hail Kagame and hold Rwanda up as the lonely poster child for their tarnished policy of throwing cash at problems of conflict and poverty. They praise its economic growth, ignoring that it was built on the back of rampant pillaging in the Congo. They point to its enterprise and openness to business, yet front companies for a one-party state that dominates vast chunks of the economy. Yes, visitors admire Kigali’s order and clean streets, though those with longer memories say the smooth roads and sober officials existed before the genocide.

Even if Rwanda was a runaway success, there would be no excuse for Kagame’s persistent meddling in neighbouring states and savage repression. Yet politicians across the political spectrum have fallen at the strongman’s feet. Tony Blair called Kagame a “visionary”, congratulated him for a sham election victory, borrowed his private jet, defended his intervention in DRC — and used his bond with the president to help build an advisory empire.

Bill Clinton called Kagame one of the “greatest leaders of our time”. David Cameron claimed Rwanda was “a success story” and “a role model for development”. His former development minister Andrew Mitchell remains a constant cheerleader — and, coincidentally, collects £39,600 for nine days work a year advising a bank based in Kigali run by the former finance minister. Meanwhile, big development charities appease this brutal regime with their silence to keep their hefty revenues flowing.

The flow of funds from British taxpayers did not even stop when Scotland Yard warned two human rights activists in this country that a Rwandan hit squad had been sent to kill them, or when MI6 gave the government tape recordings of senior regime officials plotting to kill opposition leaders. The author Anjan Sundaram has also said that anti-terror experts provided him with armed protection in the UK when he promoted his superb exposé of Kagame’s dictatorship, based on several years trying to teach journalism in Rwanda on an aid-funded project. Rwandans living here have told me of regular events organised by intelligence operatives based in the London embassy, at which they must pledge loyalty to the RPF on pain of death for them or their families

In Do Not Disturb, a forthcoming book by journalist Michela Wrong investigating the brazen murder of former intelligence chief and Kagame’s political rival Patrick Karegeya in Johannesburg, there is a Kagame quote that rings all too true to explain his unperturbed approach to eliminating foes: “Those wazungus [white people] make noise but over time they forget it.” His regime has become so arrogant that it barely hides its actions now. “When you choose to be a dog, you die like a dog — and the cleaners will wipe away the trash so that it does not stink,” said Kagame’s defence minister after that killing.

Kagame’s defenders, however, argue that he brought stability to a troubled country. I agree with Gerard Prunier, the French historian who holds that such attitudes display lingering racism, since they suggest a tough ruler is needed to control the inherent violence of Africans. Meanwhile, some prominent defectors claim the president sneers in private at his Western backers. “He calls those British politicians who sing his praises all the time his stooges,” said David Himbara, who spent six years working with Kagame as his policy chief and principal private secretary. He added that “behind Blair’s back, Kagame laughs at how he deploys a former prime minister of Great Britain as his praise-singer on the cheap.”

Yet could this current show trial, following the trapping of a simple man who stood firm in the face of unimaginable hell, finally spark a change in attitudes towards this regime and its mendacious president? The European Union has condemned the “enforced disappearance,” while 37 members of the US Congress have called for Rusesabagina’s release. Even Britain has tentatively showed concern over “continued restrictions to civil and political rights and media freedom”.

But as Kagame says, this is just noise. We need to cut off all his flows of aid, then ensure Prince Charles does not have to shake his bloodstained hand at a Commonwealth summit in Kigali. This ruthless president will only see that the West does not fall for his phoney talk of democracy and facade of “development” when he becomes a toxic pariah. We should be in awe of human rights heroes like Rusesabagina, not murderous dictators who crush dissent.

(Published on unherd website, written by Ian Birrell  an award-winning foreign reporter and columnist. He is also the founder, with Damon Albarn, of Africa Express.) 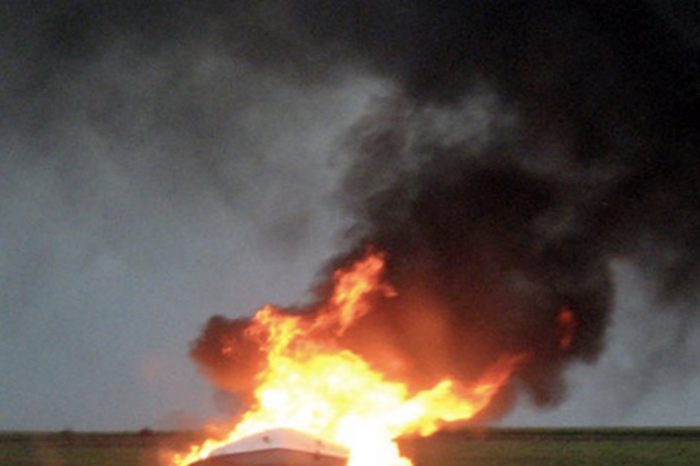 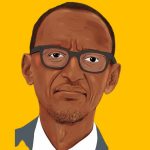