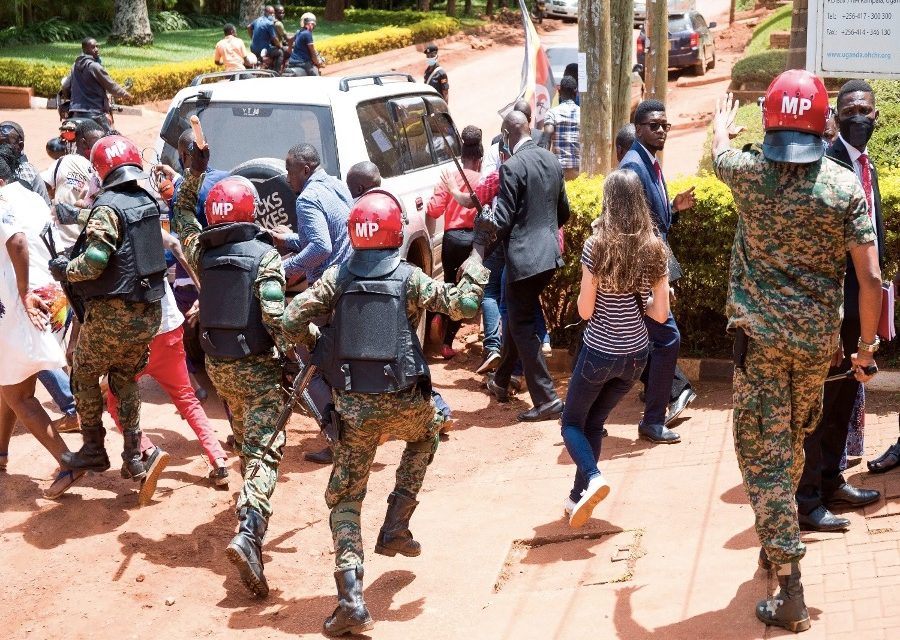 When Ugandan President Yoweri Museveni was sworn in for the sixth time since 1986 earlier this year, the worst election violence in a generation rocked Uganda as young people rejected his win. When the army officer-turned-politician could not quell the growing discontent, he returned to old tactics—detentions, disappearances, and torture.

Accounting for the missing. The National Unity Platform (NUP), now the formal opposition, presented a list of 243 Ugandans who have gone missing but said their registry of disappeared was nearly double that, at 458.

The NUP is using its position as the official opposition to challenge Museveni’s National Resistance Movement on political terrain he has dominated for decades. While the ruling party still dominates parliament, the opposition was able to present its arguments to a national audience.

The minister of internal affairs countered the figure, claiming only 177 people were still in detention following the January uprising and depicted them as criminals. Still, by linking the government’s own findings with names, locations, and worried relatives, opposition lawmakers forced the ruling party to respond publicly, vowing to look into the matter.

This promise may not come to much, but it maintains a public conversation on Ugandans’ narrowing democratic rights. For his part, Museveni has publicly stated that only 50 people are being held.

A political platform. When Bobi Wine became Uganda’s official opposition leader in the aftermath of the January demonstrations, he had to prepare for a career marked by violence and protest. After his release from days of house arrest, Wine’s first weeks on the job were marked by harassment from security forces and another round of detention. His supporters have fared far worse, and even his bodyguard and best friend were arrested and beaten.

When Wine gave up trying to challenge the election results in court, conceding in late February that he would lose in a judicial system that had little independence under Museveni, it seemed a blow for the opposition. Still, 39-year-old Wine has managed to find other ways to oppose the aging leader.

Wine, who is popular among Uganda’s youthful population, has consistently used social media to bring local and international attention to his own plight and the more brutal treatment his supporters have endured. Now, the musician-turned-politician is using his political platform to document Uganda’s enforced disappearances.

Return to “Dark Days.” The ruling party has long argued that it brings peace and stability to Uganda. Yet, while the authoritarian Museveni regime has maintained a grip on Ugandan society thus far by jailing several critics, including academic and human rights activist Stella Nyanzi, the sheer scale of arrests in the last 12 weeks have led influential Kampala Archbishop Cyprian Lwanga to warn of a return to the “dark days” of previous regimes.

Under the brutal dictator Idi Amin, thousands of Ugandans were detained, tortured, and extrajudicially executed between 1971 and 1979 by security forces.

Once again, Ugandans are fearfully whispering about the long arm of a military intelligence unit. The unit, known as the Chieftaincy of Military Intelligence, has enforced Museveni’s rule for years and seems to have ramped up its operations, according to a report in the Mail and Guardian.

Amnesty International has also raised the alarm about the increasing number of people who have gone missing since January’s election violence. The human rights group spoke to survivors who said they were picked up in unmarked police cars and taken to undisclosed locations where they were beaten and questioned about their political affiliations and their participation in January’s protests.

It is now clear that violence once dismissed as electoral unrest was part of a growing pattern of repression. 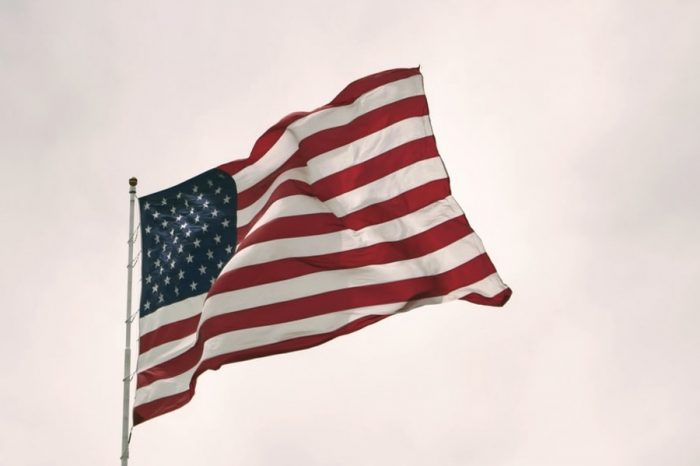 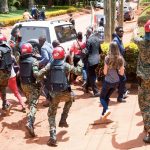