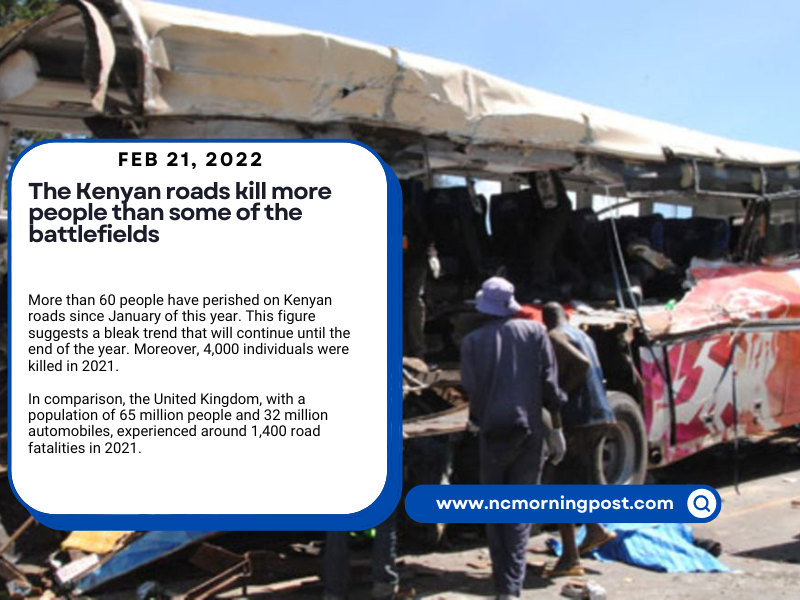 More than 60 people have perished on Kenyan roads since January of this year. This figure suggests a bleak trend that will continue until the end of the year. Moreover, 4,000 individuals were killed in 2021.

In comparison, the United Kingdom, with a population of 65 million people and 32 million automobiles, experienced around 1,400 road fatalities in 2021.

Since we have gotten desensitized to road tragedies over the years, here is another disturbing viewpoint. The number of fatalities on our roadways is more than double the number of American troops killed in Afghanistan over a 20-year conflict.

The issue may be separated into three major areas of deficiency: road infrastructure, personal discipline, and traffic law enforcement. When the NARC administration took control in 2003, we merely began expanding the road network. Previous governments, including Jomo Kenyatta’s and Daniel Arap Moi’s, were concerned with power and monetary gain, and thus disregarded development. An economist noted of Kenya and other African nations at the time, “development was not truly on the agenda.”

Money that should have gone toward the construction of motorways, byways, bypasses, all-weather roads, and town streets instead ended up in the coffers of authorities. Kenyan roadways in the 1980s and 1990s resembled those of a war-torn nation. Today’s tremendous investment in road development is attempting to reverse the impact of all those squandered years.

Even as we applaud this effort, we must guarantee that the roads are designed to international standards, with sufficient signage, lay-bys, and suitable pedestrian crossings and crossing locations.

Greed and a lack of personal discipline are the other issues. Julius Nyerere famously called Kenya a “man-eat-man society,” to which the late Charles Njonjo responded that Tanzania was a “man-eat-nothing culture.”

However, Nyerere’s message was deeper. Kenyans have lost certain values as a result of the cutthroat quest to obtain riches. One of these values is a feeling of duty to your fellow citizens. As a result, drivers will jeopardize themselves and others while attempting to reach the next shilling. We will take everything: school grounds for children, COVID-19 funding, and even identification certificates to sell to terrorists.

Finally, and linked to the previous issue, police officers will compromise safety standards in exchange for a bribe. As a result, death traps masquerading as automobiles crisscross our highways.

The fact is that the terrible harvest from our roadways is a direct outcome of our society’s financial and moral degradation. 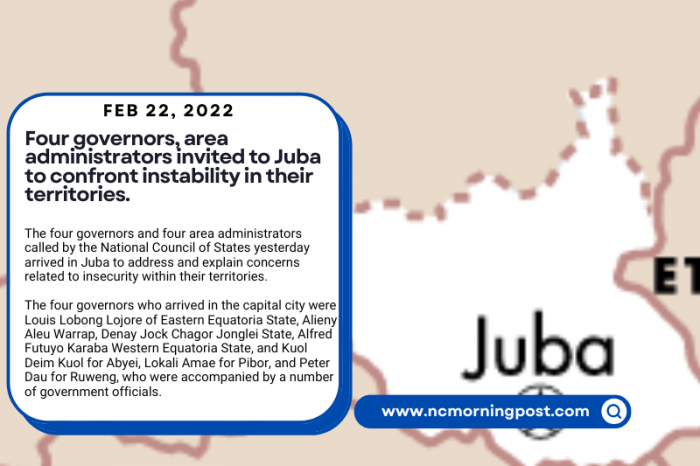 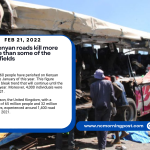