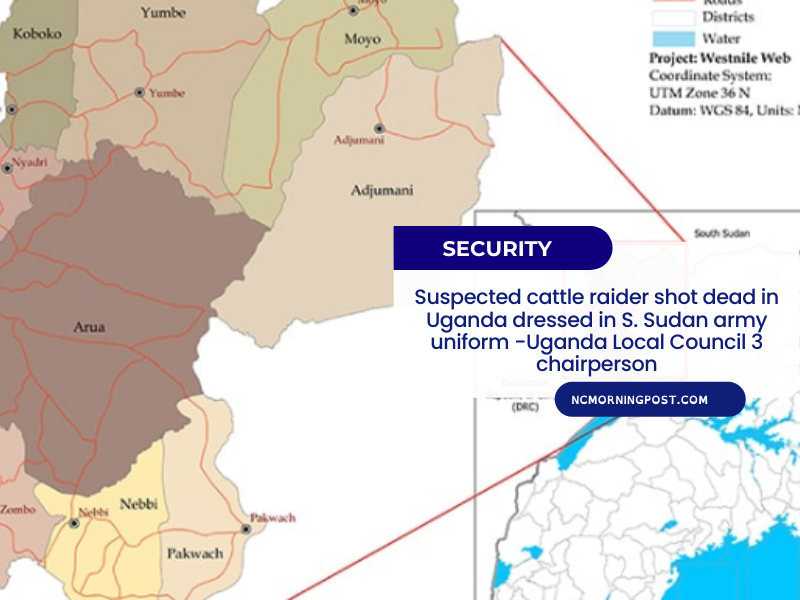 According to Onzima, the shot cattle raider in Uganda was dressed in a South Sudan army uniform and had the rank of major.

A gang of armed men suspected of being from South Sudan stormed a community in Midigo Town Council, Yumbe District in Uganda on Friday night, purportedly with the intent of stealing livestock in the region, according to Ugandan media.

According to Gasper Onzima, the head of Midigo Town Council’s Local Council 3 (LC3), the gunmen seized one of the inhabitants, Muhammad Abega, and told him to drive them to various houses with animals like as cattle, goats, and fowl upon their arrival in Uganda.

The incident was confirmed by Captain Ahmad Hassan Kato, the Uganda People’s Defence Force (UPDF) Public Relations officer for the fourth division, who stated that “four cattle raiders suspected to be South Sudanese carrying goats and three chickens came into contact with our forces along Kandiyo-Tululu road in Tunzia village, Mocha Parish, in Midigo Town Council.”

“One of the four was killed, and an SMG gun with the serial number 1961MQ0238 and 26 rounds of ammo was seized, while the other three fled back to South Sudan,” he continued. “We urge the people of Kerwa, Midigo, and Kochi sub-counties in Yumbe District, which shares a border with South Sudan, to be especially careful and not leave their livestock unattended since they might be easy targets for thieves.”

Capt. Kato said that the UPDF would continue to carry out its responsibility to guarantee the safety and security of Uganda’s West Nile boundary, as well as the protection of Ugandans’ lives and property.

According to unsubstantiated reports, the alleged livestock robbers were members of the Sudan People’s Liberation Army in Opposition (SPLA-IO), however Col Paul Lam of the SPLA-IO indicated he was unaware of the event. “I’m not aware of this information, but I will contact our SPLA-IO commander and Ugandan soldiers and notify you,” Col. Lam stated.

Gasper Onzima, the chairwoman of the area’s Local Council 3, claimed they alerted the UPDF about the raid, and the latter responded quickly. “Our LCs from the event phoned us, and we had to notify the UPDF of Morta Bridge and Kupia barracks, where deployment was completed promptly.

The UPDF apprehended the suspected livestock raiders before crossing the border, and an exchange of fire resulted in the death of one of them “He said.

According to Onzima, the dead raider was dressed in a South Sudan army uniform and had the rank of major. “The government and the army buried the dead on the Ugandan side of Kandiyo, but the kidnapped guy was retrieved.

“At least 17 goats and 15 cow heads were also retrieved,” Onzima said. “We decided in a security meeting that individuals who have established along the border, particularly around River Kaya, should relocate to Kandiyo since it would be difficult to come to their aid if anything happens to them because the UPDF barracks is far away.” 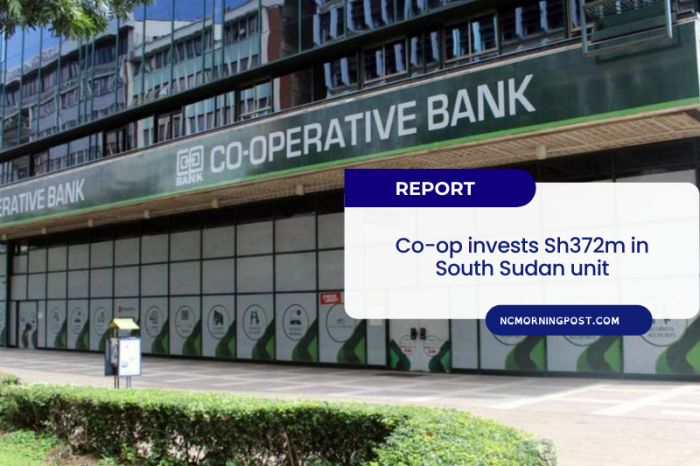 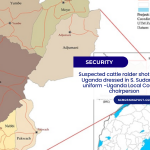