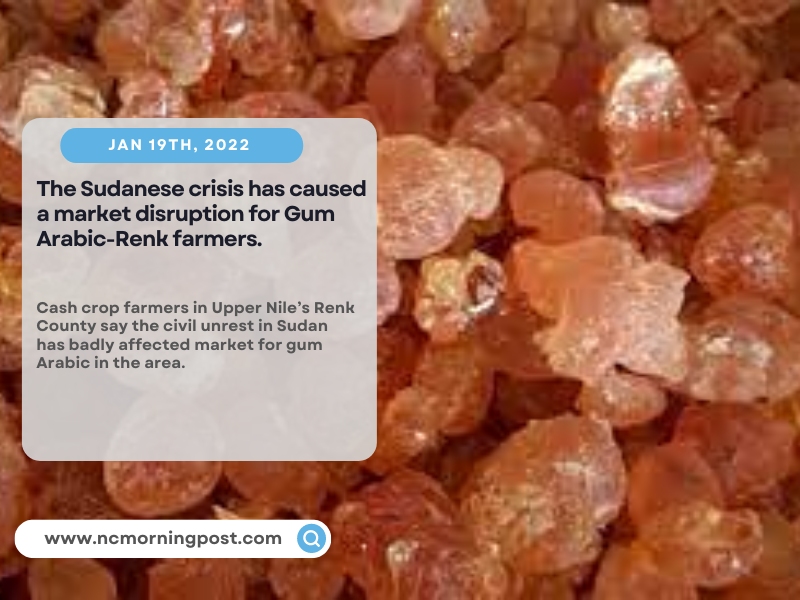 Initially, the dealers sold their Gum Arabic mostly to Sudanese businesses and individuals.

They claim, in a publication by Eye Radio seen by NCMP, that the market has halted owing to continuing violence in neighboring Sudan.

According to Majak Deng, one of Renk’s Gum Arabic growers, there are more than 1,500 tons of gum Arabic in the shops ready to be sold.

However, the price has been reduced to only 10,000 pounds—an offer that some merchants are refusing to accept.

Majak Deng is now urging both the national government and private businesses to purchase their goods.

“We used to sell our gum to Sudanese merchants and corporations, but now that they are in upheaval or have political difficulties, no one is coming from Sudan to purchase our gum,” Majak Deng told Eye Radio from Renk Town.

“I want both the government and private enterprises to come and purchase our gum, and this will motivate us to create more gum next year,” Deng said again.

It is used in the production of soft drinks, medicines, and cosmetics as an emulsifier.
South Sudan has a considerable number of Arabic gum trees in the country’s central, western, and northern regions. 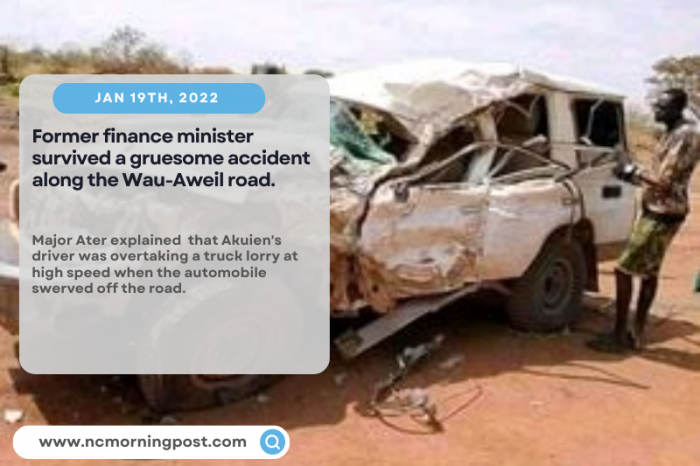 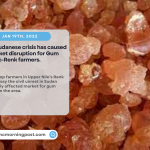