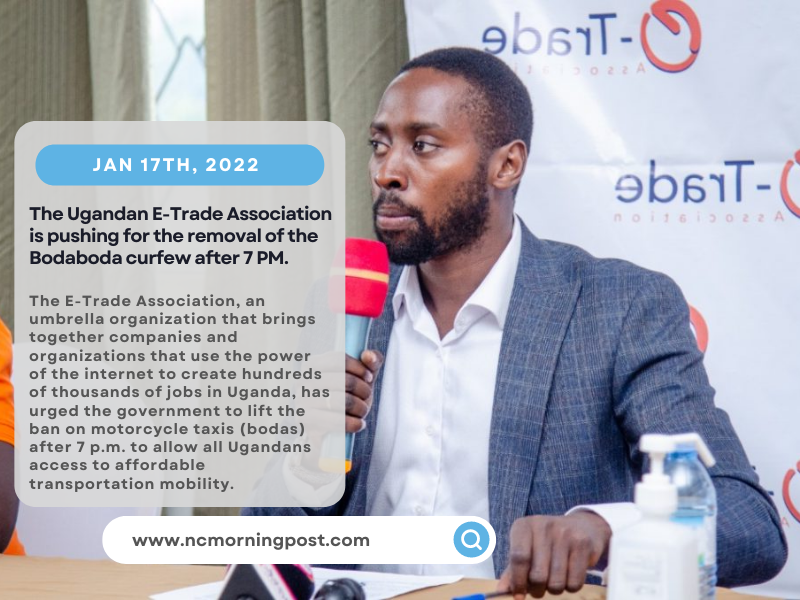 The E-Trade Association, an umbrella organization that brings together companies and organizations that use the power of the internet to create hundreds of thousands of jobs in Uganda, has urged the government to lift the ban on motorcycle taxis (bodas) after 7 p.m. to allow all Ugandans access to affordable transportation mobility.

This appeal follows President Museveni’s speech, which outlined a comprehensive strategy for complete economic openness, with the exception of bodabodas, where the curfew would stay at 7 p.m.

“How will the vast majority of Ugandans who depend on boda bodas go home after work at 9 p.m.?” How will manufacturing employees who work late get home? Will supermarkets remain open late?” asked the group in a statement issued on Monday afternoon.

Because less than 1% of Ugandans own a vehicle, this is not an option, and Matatu (Taxi) coverage after 7 pm is highly restricted and risky for users to walk from a taxi stage to their house late at nite after work. The answer to these issues is simple: boda boda transportation delivers a safer, more efficient, cheaper, more convenient, last-mile, and door-to-door service throughout the nation. “By prohibiting the use of Boda Bodas after 7 p.m., all Ugandans, particularly women, the elderly, and the crippled, would face an extremely risky ride home at nite,” the statement continues.

Despite various faults with their operation, bodabodas offer last-mile mobility for the majority of Ugandans who do not own vehicles. They also serve as delivery partners for a number of establishments around the nation, allowing for simple commerce in addition to chauffeuring individuals.

The bodaboda sector is also one of Uganda’s greatest employers, employing around seven million people who would otherwise be involved in unlawful and criminal activities.

The sector is regarded as one of the most cost-effective and efficient forms of transportation for doing business.

According to research, the boda-boda business has revolutionized the economy by bridging the unemployment gap, particularly among today’s young.

“Keeping the industry under restricted movement (curfew) after the economy has finally opened up after two years is a disservice to the business community that heavily relies on it as a primary facilitator for their business engagement in terms of the ease of movement of goods, services, and personnel from one place to another,” said Owomugisha Blessing Immaculate, Ag. Secretary-General, Uganda National Chamber of Commerce and Industry.

“As a result, the government should reconsider its directives and instead train and emphasize good practices on motorcycle operations, as well as establish a well-updated database on commercial motorcycle activities for their sustainability and a regulated legal framework to the aspirations of operators, customers, and other road users,” she added.

Motorcycles provide millions of Ugandans with the opportunity to engage in the economy on a daily basis, such as traveling to the market, delivering goods, returning home after work, visiting a friend, or arriving on time for a meeting.

Many small and medium-sized companies, such as restaurants, bars, gyms, and supermarkets, can remain open late because employers know there is a cheap last-mile transportation option for their workers to travel home securely.

“Since the curfew was implemented, the most I could do was procure daily food for my family, which has been tough at times due to the curfew limitations.” “Now that schools and the economy have reopened, I’m not sure how I’m going to take care of my two boys and tiny daughter when my circumstance hasn’t altered,” said one of the Kawempe region’s boda boda riders (name withheld).

“When the President indicated that the economy will be open this year, I was encouraged.” I knew everything would be OK since I would be able to continue generating money from my clients, particularly the partygoers. Now I’m worried where I’ll find the money to sustain my family. “I’m curious what the boda bodas did to the government,” he continued.

While matatus remain an important mode of transportation in Uganda, they are unable to travel the final mile and cannot bring people straight home.

A 7 p.m. curfew for boda bodas implies that enterprises that might have been open later will shut early for the protection of their workers, which contradicts the point of reopening the economy if individuals can’t stay a bit longer to earn the money they’ve lost out on during the previous two years. 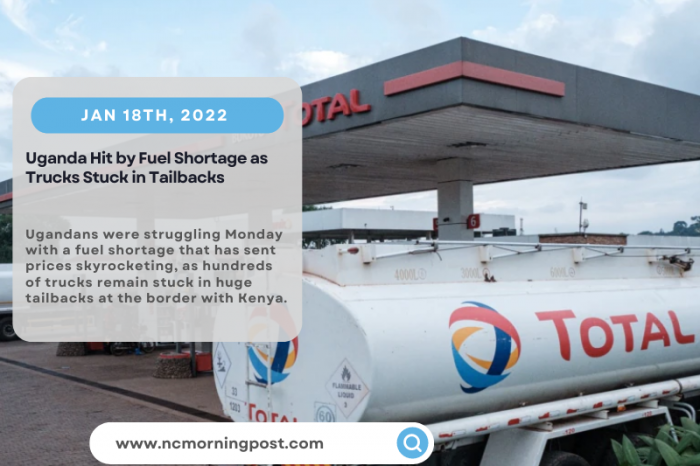 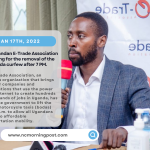