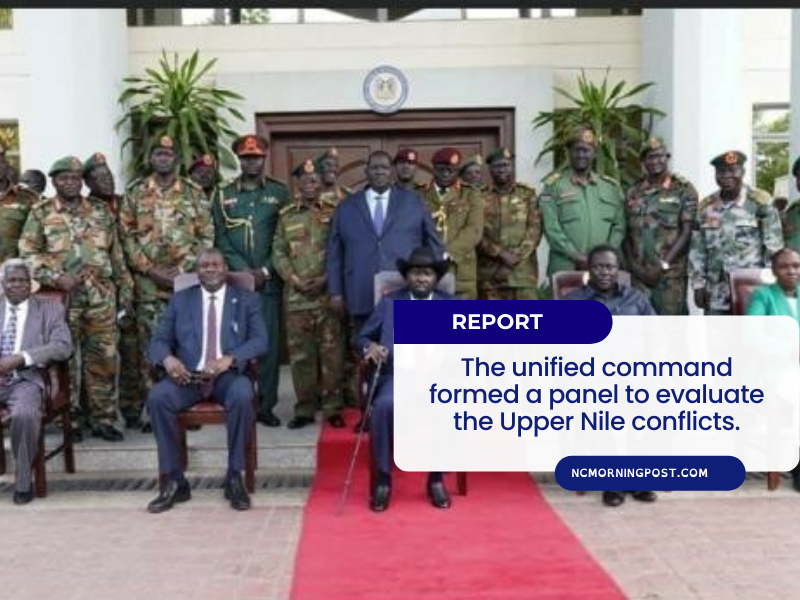 The South Sudan Unified Forces Command has constituted and sent a five-member investigating commission to look into recent hostilities in Upper Nile State.

According to a statement seen by NCMP in publication made by Radio Tamazuj, SSPDF Chief of Defense General Santino Deng Wol Chok established a high-level committee composed of peace partners to study the occurrences that led to the confrontations.

The committee was chaired by Maj. Gen. Michael Majok Chan of the SSPDF, who was deputized by Brig. Gen. Ambrose Kic Nyang Kic. Col. Gai Tek Ruathdel of the SSPDF-MI was chosen committee secretary, and members include Col. William Deng Aguer of the SSOA and Lt. Col. James Khor Mayian of the SPLA-IO-MI.

According to SSPDF spokeswoman Maj. Lul Ruai Koang, the squad has already been dispatched for duty and is due to report in seven days.

“The Unified Command has organized a commission to study the violence that has happened in the regions of Jekou, Pagak, Longechuk, and Turu. They departed on Tuesday “Koang said.

The committee is also mandated, according to the statement, to interrogate any officer or individual thought to know facts and review evidence that would aid the investigations.

The unified command was created last month in response to tensions between soldiers loyal to President Salva Kiir and SPLM/A-IO commander Riek Machar, which led to worries of a return to war.

When asked why the united forces have not graduated, Gen. Koang said that the Joint Defense Board is experiencing budgetary difficulties.

“We continue to have financial difficulties in delivering food, medical supplies, and uniforms to training venues. However, the chief of general staff has agreed to hold a meeting shortly so that we can see the way ahead in terms of force graduation “he said.

The parties signed a framework for the development of a united armed forces command in early April. They also agreed that the united troops will be graduated and deployed in training camps within two months.

The graduation of the Necessary Unified Forces will be a major step forward in the fulfillment of the 2018 peace deal. 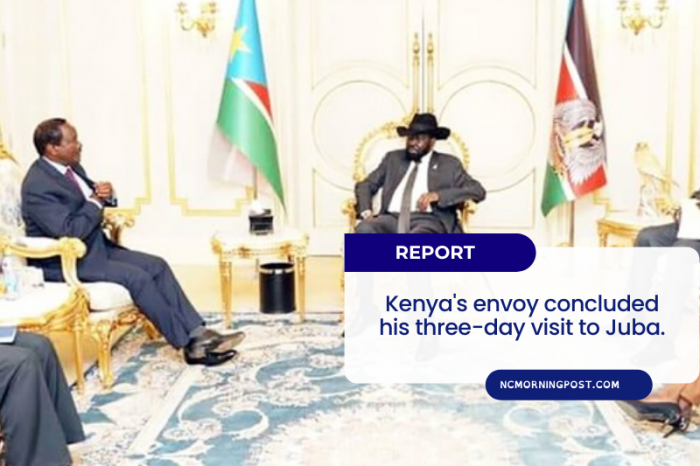 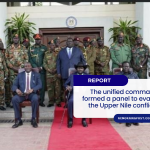