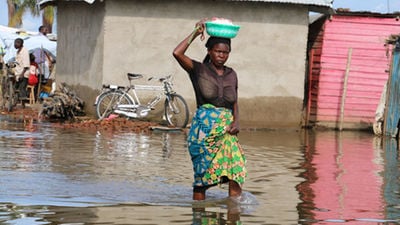 Thousands of residents in Bujumbura and Gatumba

have fled their homes after their property and houses were flooded due to the rising water levels of Lake Tanganyika and the swelling rivers around the city.
The water level of Lake Tanganyika increased since the beginning of the year, leading to almost 30,000 people displaced, as the government worked to provide land to relocate them.Burundi floods.
“I am really tired now of shifting every now and then because this is the second time I have witnessed these floods.

The first one was last year,” said 56-year-old Bemera Rea.Ms Rea is among the 5,000 people the government said were affected by the rising water level of Rusizi river that cuts through Gatumba and flows to Lake Tanganyika.

The government said that more than 2,000 people were evacuated to Muramvya, several kilometres away from Gatumba.

When visiting the flood victims in Gatumba on Monday, Burundi’s Minister of Internal Affairs Gervais Ndirakobuca said that there is need for a clear identification of those affected.

“Whoever was renting should find somewhere else to rent because landlords now are the ones in dilemma,” he said.

“You have to prepare your hearts about any decision the government will take even if it is to relocate [you] to other areas, if that’s what the government sees as a lasting solution.

Some of the displaced people said rather than relocating them, the government should extract sand from Rusizi river to prevent it from overflowing.

“We have built our houses here and where the government wants us to go there is nothing other than empty terrain,” said Mr Shuri Yabukumi.

Since last year, floods affected more than 27,000 people, leaving more than 6,000 people homeless, according to the government.

River Rusizi burst its banks submerging and damaging homes and properties of the residents living around the lake.Burundi floods.

Lake Tanganyika, which is shared by four African countries, is a source of food, drinking water, transport and source of livelihood for thousands of people who live in the lake basin.

The Burundi government introduced a law that protects water bodies and only allows the construction of private buildings 150 metres away from the lake.

The area between the lake and the homes is used for planting trees. However, people who have special authorisation can build near the lake. 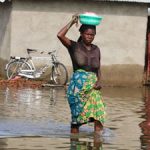