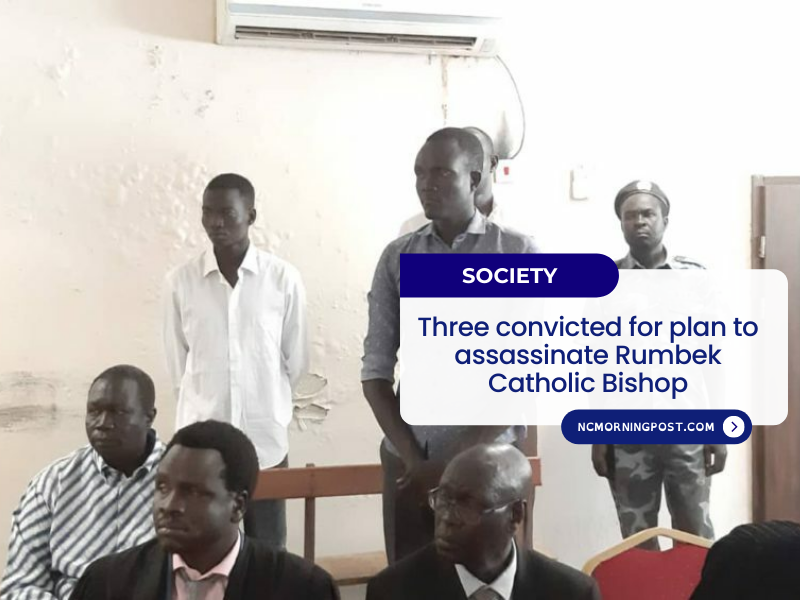 The High Court in Juba sentenced four people, including a Catholic priest, to various prison sentences for their roles in the failed assassination plan of Rumbek’s Catholic Bishop.

In early March, Priest John Mathaing was accused with instigating and planning against Bishop Calassare, while Laat Makur Agok and Moris Ater were charged with carrying out the assault on the bishop, and another, Samuel Maker, was charged with concealing the crime evidence.

Carlassare, an Italian Comboni priest, was wounded twice in the legs by assailants in April last year at his home in Rumbek, Lakes State.

Following the event, police detained 35 persons in connection with the shooting, the majority of them were later freed due to a lack of evidence.

The High Court Judge, Alexander Subek Samuel, announced that Mathiang and his friends were found to have collaborated in the Bishop’s assassination attempt.

During a police inquiry, his phone calls before to the incident were discovered.

According to sections 334 and 335 of the Penal Code Act of 2008, the court finds the three individuals guilty.

According to Article 334, whoever commits housebreaking by night with the intent of causing injury to any person, assaulting any person, wrongfully restraining any person, or putting any person in fear of injury, assault, or wrongful restraint, shall be sentenced to imprisonment for a term not exceeding fourteen years and may also be fined.

This afternoon, Judge Alexander Subek Samuel read the verdict: “The sentence and the final decree.” One, John Mathiang Machol, Morris Sebit Ater, and Laat Makur Agok were sentenced to seven years in prison for violating articles 334 sub-article 4 and 335 of the South Sudan criminal code in 2008. Two, three of the above-mentioned prisoners will be imprisoned for seven years for violating Article 208 of the South Sudan Panel 2008. Three years in prison for convicts Morris Sebit Ater and Laat Makur Agok for their offenses on article 72 of the South Sudan penal code of 2008, and that begins with their arrest on day one, the first accused on May 7th, 2021, and the sixth accused on June 7th and 11th, 2021, and penalties apply sequentially.”

In response to the conviction, defense counsel Malith Mading said that he disagreed with the judge’s conclusions, noting a lack of specific evidence in the defendants’ sentence.

Mading said that he would file an appeal within fifteen days after receiving the punishment.

“We agree with the ruling, but we disagree with the judge’s conclusion.” The decision was not founded on any law or evidence, according to Mading. “According to the law, you cannot convict an accused person based on the evidence of another accused,” Mading stated.

“This material was not submitted by the prosecution team, and since Section Thirty-Four of the Evidence Act should have been relevant, and if the judge disregarded it, we have the right to appeal, and we intend to do so.”

Carlassare, an Italian Comboni priest, was elected bishop of Rumbek on March 8, 2021.

He had spent months in Nairobi, Kenya, receiving therapy before being released and consecrated as Bishop of Rumbek Diocese in March. 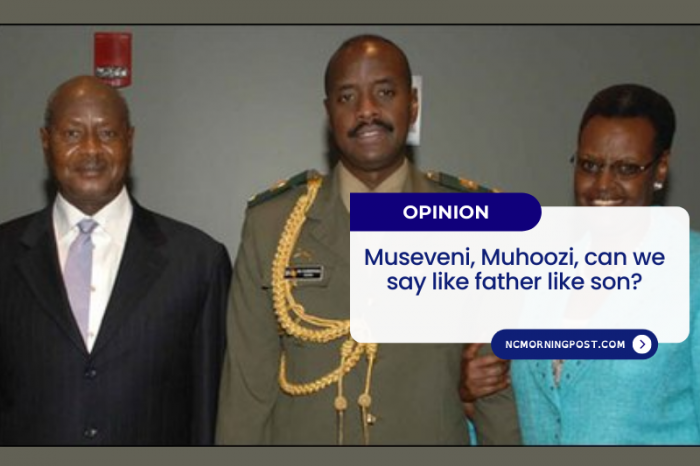 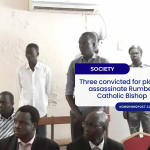