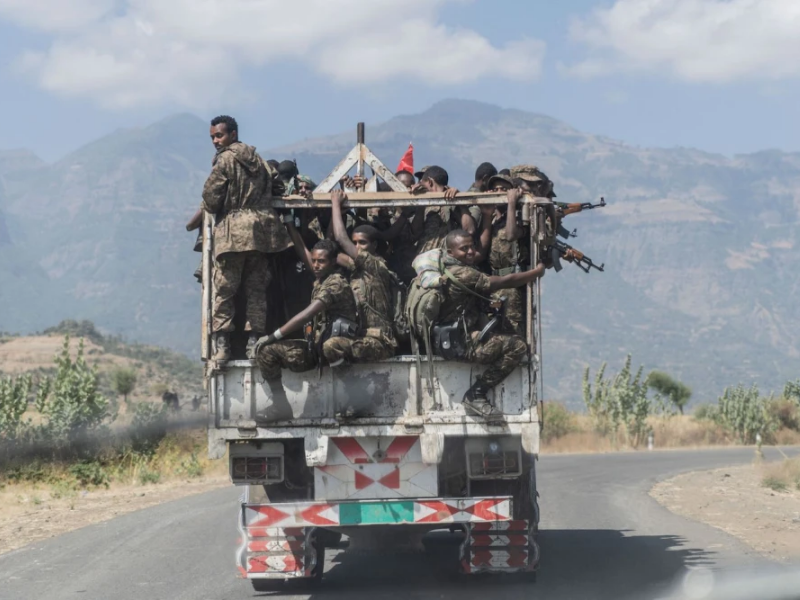 Four years ago, escalating protests threatened to unleash a civil war in Ethiopia, as repressed and miserable crowds of various ethnic backgrounds across the nation sought to escape the yoke of the Tigray People’s Liberation Front (TPLF), a former rebel group that had enjoyed near-dictatorial powers in Ethiopia for 27 years.

Then—as now—Ethiopia appeared to many to be on the brink of implosion. But it was pulled back from the edge in March 2018, when the TPLF agreed to surrender leadership of the nation to a new prime minister, Abiy Ahmed.

Abiy launched a series of frantic reforms to placate the protesting population. But ethnic violence suppressed by the TPLF during its reign boiled over and—having petulantly withdrawn to its northern enclave in Tigray and rejected engagement with Abiy’s new political party—the TPLF continued to use its immense patronage networks, domination of the economy and military, and billions of dollars of looted resources to frustrate meaningful change throughout the country.

While most Western analysts then reveled in the seemingly peaceful transition of power, astute observers feared a military confrontation with the TPLF was unavoidable.

Abiy’s celebrated peace with Eritrea—for which he was awarded a Nobel Peace Prize in 2019—pressured the TPLF to surrender to Eritrea territory that Ethiopia, under TPLF rule, had illegally annexed.

The TPLF had refused to surrender that territory for almost two decades, creating a tempestuous “no peace, no war” situation throughout the Horn of Africa that fueled destructive proxy conflicts.

Despite Abiy’s peace agreement with Eritrea, the TPLF refused to demilitarize the contested border or pull its troops back onto Ethiopian soil—and it was militarily strong enough to flout Abiy’s demands.

The TPLF’s ongoing ability to obstruct the peace deal was a source of embarrassment to Abiy that highlighted the central government’s weakness in relation to Ethiopia’s more well-armed regions.

Abiy sent multiple peace delegations to Tigray to promote peace and reconciliation, but his efforts were complicated by the popular will to reduce the TPLF’s stranglehold over all aspects of Ethiopian life.

While most Western analysts reveled in Ethiopia’s seemingly peaceful transition of power, astute observers feared a military confrontation with the TPLF was unavoidable.

Abiy’s moves to rebalance the scales by removing some Tigrayans from positions of power were demanded by the populace but alarmed the TPLF and increased the prospects for war.

Abiy’s diversification of the military command—which had been composed predominantly of Tigrayans—was particularly provocative to the TPLF, but essential to Abiy’s efforts to consolidate control and establish a federal monopoly on the use of force.

By late 2020, it appeared that conflict was inevitable. In the early hours of Nov. 4, 2020, the TPLF launched a simultaneous sneak attack on five federal military bases (known as the Northern Command) in Tigray. On television, TPLF leaders admitted to the “preemptive strike,” boasting of killing all the former comrades-in-arms who had resisted their takeover.

Days later, on Nov. 9, 2020, a TPLF-aligned militia carried out a systematic ethnic cleansing of hundreds of innocent Amhara civilians in the town of Mai Kadra. (Reuters reported that the TPLF appeared to have laid the groundwork for this slaughter in late October 2020, before the attacks on the military bases.) This atrocity infuriated the Amhara militia supporting the federal troops and initiated a vicious cycle of revenge attacks against Tigrayans.

Despite the messy complexities of this conflict, the media has tended to frame the war as a government-instigated genocide against the people of Tigray, or even as a civil war (a term that implies parity between the broad support enjoyed by Ethiopia’s elected government against the fringe, ethnic-based constituencies of the TPLF and its equally fringe ally, the Oromo Liberation Front’s violent Shene faction, which the TPLF itself previously regarded as a terrorist group).

The TPLF’s strategic communications have followed the same playbook as in the 1980s, when conflict narratives carefully targeted the policy agenda of international donors and tainted Ethiopia’s then-government, a Marxist regime known as the Derg, with accusations of crimes against humanity.

As in the 1980s, the TPLF today has played up its ethnic minority status and Tigray’s endemic food insecurity—20 percent of the population is habitually dependent on food safety nets—to prompt fears of genocide and famine. (TPLF supporters on Twitter began spreading the #TigrayGenocide hashtag within hours of the Nov. 4, 2020, military base attacks.)

The international press has fallen prey to the TPLF’s narrative without considering the group’s recent history as an authoritarian ruling party that repressed all other groups in the country.

And once again, the international press has fallen prey to these narratives without considering the TPLF’s recent history as an authoritarian ruling party that repressed all other groups in the country.

The TPLF’s sophisticated propaganda was aided by both the Ethiopian government’s initially weak communications strategy and the government’s (probably strategic) denials that Eritrea was acting as its ally in the war.

But the media have mostly stuck by their early depiction of the TPLF as “underdog,” even as the rebel group’s massive armies—thought to number around 250,000 trained soldiers—threatened to storm the capital city to overthrow the government.

The media’s dogged focus on Tigrayan victimhood has all but erased the acute suffering of the voiceless Tigrayan communities who do not support the TPLF and the country’s other ethnic groups who, for years, were marginalized under TPLF rule.

Horrific massacres in Afar and Amhara at the hands of the TPLF have been strikingly underreported, even though accounts of violence are emerging daily in shocking proportions.

The lopsided narrative has also affected Eritreans, who—for all the villainy of their armed forces in Tigray—have suffered a nearly 20-year occupation of their territory and a ruthless economic blockade at the hands of the TPLF, which leveraged its domination of the African Union and its status as an indispensable partner in the global war on terrorism to deflect criticism of its own human rights record and secure from its allies’ punitive measures, including U.N. sanctions, against Eritrea.

Some part of the hostility toward Eritrea is owed to the belligerent and murderous conduct of the country’s president, Isaias Afwerki; likewise, to some degree, the TPLF has itself been scapegoated for the sins of the dysfunctional Ethiopian political culture.

But the double standard applied to the parties is unmistakable. The fragility of the 6 million strong Tigrayan ethnic minority against the 105 million strong Ethiopian states has been expounded by the press; Eritreans have also, historically, been a minority of just a few million battling against the massive Ethiopian state apparatus that the TPLF presided over. No hint of that painful history—including the detention, torture, killing, or expulsion of at least 75,000 people of Eritrean descent at the start of the 1998 border war—has pervaded the Western narrative on Tigray.

The TPLF’s history as a powerfully armed proxy in the U.S.-led war on terror is also poorly understood, particularly its willingness to serve as the pointy end of the United States’ spear in Somalia.

The TPLF-dominated Ethiopian army launched an invasion of Somalia in 2006 to destroy a grassroots governance movement, the Islamic Courts Union, that the United States perceived as threatening its national security interests—then brutally occupied the country for years afterward.

The Ethiopian army’s human rights abuses in Somalia helped propel the al-Shabab terrorist group to power (though only Eritrea was sanctioned for its rise). U.S. reliance on the continued presence of Ethiopian troops to contain al-Shabab has led successive U.S. administrations to protect, and finance, the TPLF.

Former U.S. National Security Advisor Susan Rice is infamous in the Horn of Africa for laughing on television in 2015 over the U.S. endorsement of the TPLF-dominated government’s rigged 100 percent national election win.

Then-U.S. President Barack Obama himself was lambasted after a 2012 visit to Addis Ababa, Ethiopia, during which he praised the “democratically elected” dictatorship as one of the finest governments in Africa.

Many Ethiopians even fear that Washington actively backs the insurgency and is seeking a Libya-Iraq-Somalia-style intervention to shatter Ethiopia and the new efforts for regional peace that Abiy, for many, has come to represent.

Western media reporting has tended to depict Abiy—incorrectly—as both instigator and driver of the war. On the contrary, the TPLF was found at the start of the war to possess militia and weaponry that most experts assessed as equivalent, or better than those of the federal army.

The military hardware of five of the seven Northern Command outposts was repossessed by the TPLF in the November 2020 attacks (the two outposts located closer to the border with Amhara were less affected); combine this with the pillaged intelligence infrastructure that ex-spy chief Getachew Assefa had routed back to Tigray’s capital Mekele prior to the start of the war, and an already heavily weaponized region-wide command structure that had retained arms since the overthrow of the Derg—including mechanized brigades, which under regional governments are unconstitutional.

This capability imbalance put the Ethiopian National Defense Force (ENDF) significantly on the back foot for most of the year-long conflict: taken by surprise on Nov. 4, caught off guard by the insurgency that followed the launch of federal forces into Tigray, unprepared for the massive recruitment drive (apparently known to U.N. agencies operating in Tigray) that supported the TPLF invasion of the Afar and Amhara regions after the government’s withdrawal from Tigray in June, and contending with collaborator-facilitated disruption in Addis Ababa and some major towns. 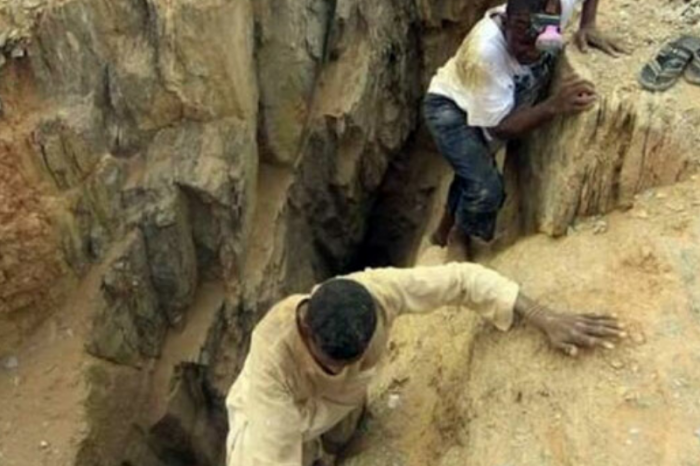 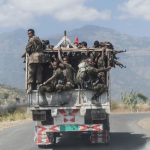