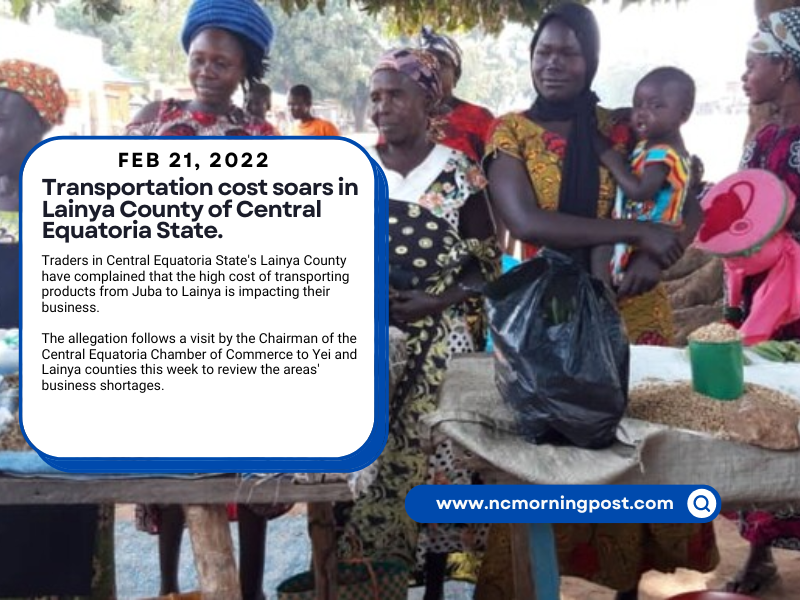 Traders in Central Equatoria State’s Lainya County have complained that the high cost of transporting products from Juba to Lainya is impacting their business.

The allegation follows a visit by the Chairman of the Central Equatoria Chamber of Commerce to Yei and Lainya counties this week to review the areas’ business shortages.

Traders who met with the visiting officials on Thursday claimed the cost of shipping products from Juba to Lainya or Yei is prohibitively expensive, and that authorities in Juba should assist in resolving the problem.

Our companies are growing well, “but the primary challenge harming our company here is transporting things.” We are asking for assistance from the Central Equatoria State Chamber of Commerce with transportation for essential goods like salt, onion, fish, soap, and sugar.

“We have a major crisis harming our company here in Lainya,” said Lainya entrepreneur Charity Siama. We want to restart our enterprises, but we don’t have the financial resources to hire transportation to move items from Juba to Lainya.”

Another Lainya County businessman, John Lemi Sisto, said, “The difficulty with our company here is that we have interest in conducting business, but the problem is the absence of assistance.” You may have a limited amount of money to purchase products in Juba, but transferring them will be the most difficult task.”

In a press conference in Lainya, Robert Pitya, Chairperson of the Central Equatoria Chamber of Commerce, promised to open a shop that would serve as a storage depot for supplies.

“I’ve gone to Yei, Morobo, and Lainya counties to assist people in overcoming the issues they face.” We have now taken the initiative to open a shop in Lainya County, similar to what we did in Yei, so that all merchants in Lainya would be able to acquire things at a lower cost from the store rather than having to go to Juba or Kampala, which are both costly. He promised, “We will stock the shop here with goods so that every dealer may purchase them at a lower price.”

Marko Laku Elyaba, the Chairman of the Lainya County Chamber of Commerce, claimed that most enterprises in Lainya were impacted by the 2016 war, which badly impacted Greater Yei counties.

“What is impacting our company here in Lainya has been going on since the 2016 crisis that dispersed people.” Most stores were robbed and damaged, which is why most of the shops in Lainya aren’t as full as they used to be,” he said. 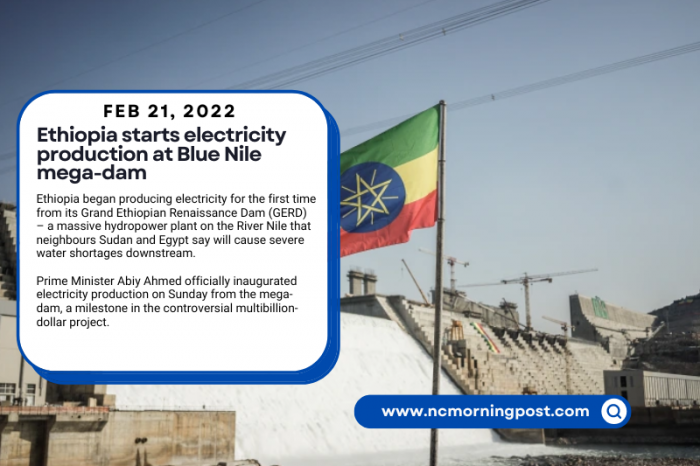 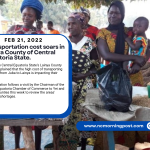