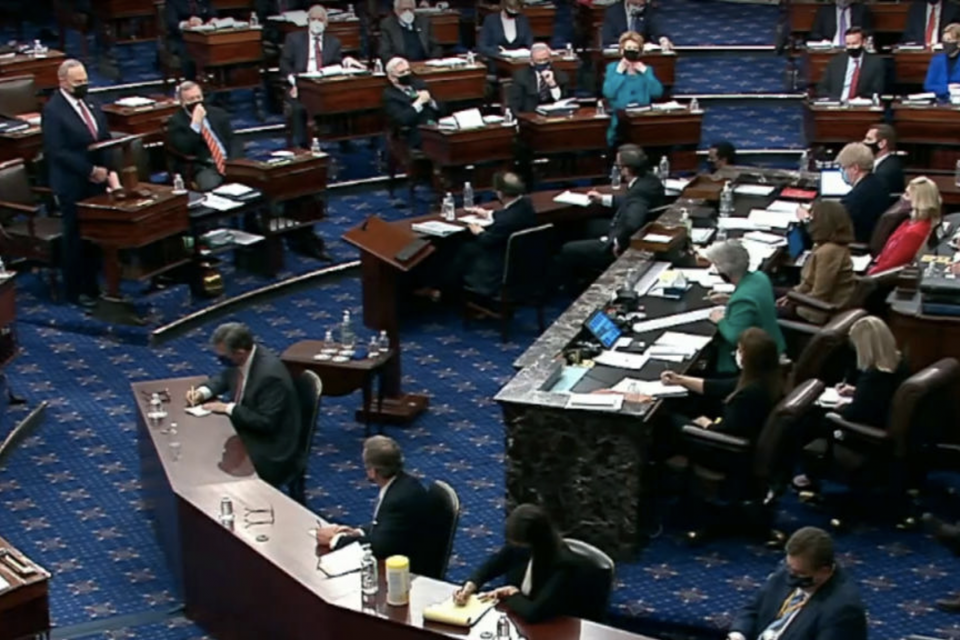 (CNN) — The Senate acquitted former President Donald Trump in his second impeachment trial Saturday, voting that Trump was not guilty of inciting the deadly January 6 riot at the US Capitol, but the verdict amounted to a bipartisan rebuke of the former President with seven Republicans voting he was guilty.

The final vote was 57 guilty to 43 not guilty, short of the 67 guilty votes needed to convict. But the Republican senators who voted against Trump amounted to a number higher than even Trump’s legal team had expected, marking a stark departure from the first impeachment trial where only one Republican, Mitt Romney of Utah, found Trump guilty.

This time, Republicans Sens. Richard Burr of North Carolina, Bill Cassidy of Louisiana, Susan Collins of Maine, Lisa Murkowksi of Alaska, Romney, Ben Sasse of Nebraska and Pat Toomey of Pennsylvania voted to convict Trump on Saturday. Perhaps the biggest surprise was Burr, the former Senate Intelligence Committee chairman who led the Senate’s Russia investigation, after he voted earlier in the week that the trial was unconstitutional. Both Burr and Toomey are retiring from the Senate at the end of 2022 and will not face voters again.

Seven Republican senators joined with Democrats in voting to convict former President Donald Trump at the conclusion of his second impeachment trial.

“As I said on January 6th, the President bears responsibility for these tragic events. The evidence is compelling that President Trump is guilty of inciting an insurrection against a coequal branch of government and that the charge rises to the level of high Crimes and Misdemeanors. Therefore, I have voted to convict,” Burr said in a statement.

But enough of Burr’s colleagues sided with the constitutionality argument in their votes to acquit. Senate Minority Leader Mitch McConnell offered a blistering criticism of Trump’s actions surrounding the January 6 riots on the Senate floor after the vote, but McConnell said he voted to acquit because he did not believe convicting an ex-president was constitutional.

“The Senate’s decision today does not condone anything that happened on or before that terrible day,” McConnell said. “It simply shows that senators did what the former President failed to do. We put our constitutional duty first.”

The final vote came quickly Saturday on the fifth day of the Senate trial after a surprise Democratic request for witnesses earlier Saturday threw the trial briefly into chaos.

The move to the trial’s finishing stages was a final twist after the House managers’ surprise request for witnesses had appeared to extend the trial indefinitely. The Senate voted 55 to 45 to consider witnesses — with five Republican joining Democrats — after the managers said they wanted to hear from Rep. Jaime Herrera Beutler, a Washington Republican who had told CNN new details about House Minority Leader Kevin McCarthy’s phone call with Trump. But after several hours of intense negotiations between Senate leaders, the managers and Trump’s legal team, the managers agreed to enter Herrera Beutler’s statement into the trial record as evidence and move forward without hearing from witnesses.

On Saturday morning, Democratic senators had expected House managers to move past witnesses onto closing arguments and a final vote. But the lead impeachment manager, Democratic Rep. Jamie Raskin of Maryland, announced when the trial got underway that the managers wanted to subpoena Herrera Beutler about her knowledge of McCarthy’s phone call, following a CNN report Friday. Herrera Beutler, one of the 10 House Republicans who voted to impeach Trump last month, confirmed in a statement Friday that McCarthy said the President told him on the call, “‘Well, Kevin, I guess these people are more upset about the election than you are.'”

The trial recessed after the witness vote and Senate leaders tried to hash out the next steps. Calling witnesses could have opened up the trial to a lengthy new phase, as Trump’s team vowed to call hundreds of witnesses in response, including House Speaker Nancy Pelosi. Republican senators demanded that each side receive an equal number of votes.

Closing the House managers argument, Raskin played to senators’ sense of history in urging them to convict the former President for inciting the rioters to attack the Capitol on January 6 and failing to stop them after the violence had unfolded.

“This is almost certainly how you will be remembered by history,” Raskin said. “That might not be fair. It really might not be fair. But none of us can escape the demands of history and destiny right now. Our reputations and our legacy will be inextricably intertwined with what we do here, and with how you exercise your oath to do impartial justice.”

Trump’s lawyer Michael van der Veen argued that Trump did not incite a riot that had been preplanned, again repeating the falsehood that the rioters represented both left and right fringe groups, when video evidence and court documents conclusively show that the riot was perpetrated by Trump supporters.

Concerns that calling witnesses would backfire

After the last-minute decision calling for witnesses, House Democrats ultimately decided to cut a deal because of the unpredictability of how that would turn out and fears that doing so could backfire and undermine their case, according to multiple sources with knowledge of the discussions.

Democrats didn’t make a decision to call Herrera Beutler to testify until shortly before the proceedings began Saturday morning, sources said. The managers debated until nearly 3 a.m. ET Saturday morning about whether to call witnesses following news of the McCarthy call.

According to a Democrat familiar with the matter, House Democratic impeachment managers did not tell top Senate Democrats they wanted witnesses until five minutes before the proceedings. Senate Majority Leader Chuck Schumer didn’t even know until that point, but he told the managers Friday night and Saturday morning that Senate Democrats would support whatever decision the mangers made — and reiterated that point on a caucus call Saturday.

“After the vote, it was clear the managers had no plan,” the Democrat said. “Senate Democrats gave them the votes, but the managers didn’t know what their next step was.”

They ultimately settled on submitting her statement to the record as long as Trump’s attorney made a public statement agreeing to submit it as evidence. The reason: They believed that pushing forward with her testimony would add little beyond her statement and could potentially cost them GOP support, while dragging out the proceedings further.

Collins, Murkowski, Romney and Sasse voted in favor of witnesses. Before the vote was finalized, Sen. Lindsey Graham of South Carolina said he was changing his vote to yes — the idea being to support Trump’s lawyers also calling witnesses in addition to the managers’ request.

The sources told CNN that Democrats were uncertain how Herrera Beutler’s testimony would come across after she was subject to cross examination, with some concerns that she could potentially undercut their case if there were holes in her account.

Moreover, if they called other witnesses, it could also backfire. For instance, McCarthy could provide testimony that defended Trump, undermining what they believe is a rock-solid case that Trump incited the January 6 insurrection at the Capitol, the sources said.

Plus witnesses would not ultimately change GOP senators’ minds, they concluded, while hearing from witnesses could bog down the Senate for weeks and imperil President Joe Biden’s agenda.

With Sens. Joe Manchin of West Virginia and Angus King of Maine, who are two centrist members of the Senate Democratic Caucus, telling CNN there needed to be an equal number of witnesses on both sides, that meant that the trial could be delayed for an indefinite period, perhaps weeks. The concern was that the Trump team could try to call witnesses like Pelosi and put them in an awkward position.

And with a weeks-long delay, it could threaten Democrats’ ability to advance Biden’s agenda since they need consent from Republicans to schedule votes on nominees and other matters. With no consent, the Senate could be in a state of gridlock because Schumer would be forced to take procedural steps to overcome an objection, a process that takes days for each objection.

Democrats had been debating whether to call witnesses leading into Saturday’s session in light of new details that have emerged with the trial underway this week. In addition to the McCarthy call, Alabama GOP Sen. Tommy Tuberville confirmed that, in a call he had with Trump as the riot unfolded, he told Trump that Vice President Mike Pence was being evacuated. Sen. Mike Lee of Utah, whose phone Trump had called when he spoke to Tuberville, submitted phone records showing the call at 2:26 p.m. came two minutes after Trump had tweeted an attack on Pence.

Rep. David Cicilline of Rhode Island, one of the impeachment managers, argued that the call showed Trump was more concerned about delaying the certification of the November election than Pence’s safety. Trump took no actions after learning Pence had been evacuated, Cicilline said.

While there was plenty of drama over witnesses at the trial Saturday, the reality for Democrats was that additional evidence was still unlikely to change the final outcome of the trial. The final vote was already telegraphed earlier in the week, when the Senate voted 56-44 that the impeachment trial was constitutional. The GOP senators who voted the trial of a former president was unconstitutional said that was what would determine their final vote, leaving the Senate well short of the two-thirds — or 17 GOP senators who would have to join all 50 Democrats — needed for conviction.

McConnell told his colleagues Saturday morning he would vote to acquit Trump, according to a source familiar with the conversations. McConnell plans to explain his decision after the final vote.

The six Republicans who voted the trial was constitutional are the GOP senators who had left open the possibility they could vote that the former President was guilty after 10 House Republicans joined Democrats to impeach Trump in the House last month. Several of those Republican senators — Collins, Murkowski, Romney, and Cassidy — pressed Trump’s lawyers during the Senate’s question-and-answer session Friday over the actions Trump took when he learned about the riots unfolding and tweeted Pence was lacking courage while he was being evacuated from the Senate.

The House managers have argued throughout the trial that Trump should be convicted and barred from holding future office because he handled the rioters who attacked the US Capitol on January 6 and endangered the lives of lawmakers and Pence. They’ve made the case that Trump incited the rioters through months of false claims that the election was being stolen from him, then took no action to stop the violence or condemn the rioters afterward.

The defense team offered its rebuttal on Friday in a brief presentation, in which they sought to equate Trump’s rhetoric with that of Democrats, arguing that political rhetoric is protected by the First Amendment and Trump’s language did not incite a riot that was pre-planned. 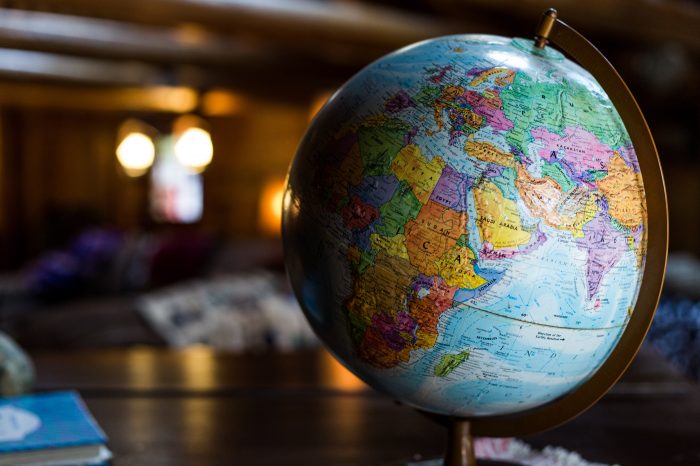 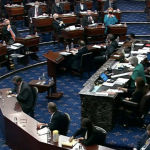