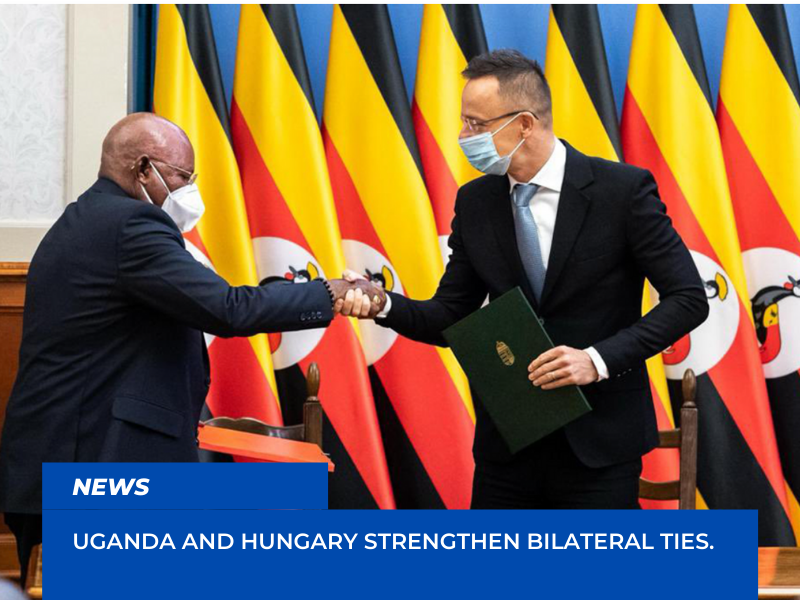 According to a statement published by the Ministry of Foreign Affairs, the visit was intended to boost connections between Uganda and Hungary.

On Monday, November 22, the Ministers examined the status of the execution of the Memorandum of Understanding and agreements reached between the two nations in several domains.

They also discussed other topics of mutual interest.

Gen. Odongo expressed pleasure with the bilateral cooperation’s growth and praised the Hungarian Government for sharing technology and expertise in water purification, security, and tourist development, among other areas, in the many initiatives performed in Uganda.

He also praised Hungary for providing 20 scholarships to Ugandan youngsters to study in Hungary this academic year. Another 32 scholarship slots will be available the following academic year.

He said that Hungary’s development cooperation initiative in Uganda was designed to contribute to socio-economic growth in accordance with national goals.

Szijjártó was glad that several of the initiatives, such as the water project in Rwamwanja refugee settlement in Kamwenge District and the first part of the cyber security project, had been completed, with the local community benefiting.

He reaffirmed his country’s commitment to providing sophisticated cardiology equipment to the Uganda Heart Institute and expressed hope that the project would be completed by March 2022.

The Ministers addressed ways to further collaboration, notably in sectors like trade and investment facilitation, agriculture, and aquatic sports development, among others.

The Ministers discussed various international concerns in the context of the present global environment, including the COVID-19 pandemic, terrorism, and climate change, among others.

They agreed to boost collaboration and dialogue in multilateral fora.

Following the bilateral meetings, a Memorandum of Understanding (MoU) on cooperation in the area of Diplomatic Training was signed.

The MoU calls for diplomatic personnel from both countries to participate in each other’s training programs.

Hungary established a 16-million-euro development cooperation initiative in Uganda in 2019.

Several initiatives have subsequently been executed in domains such as water management, cybersecurity, tourism, and health care, among others. 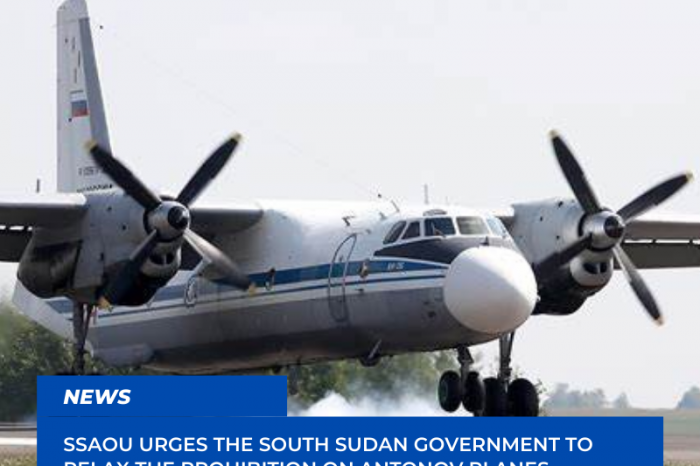 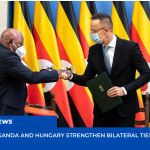