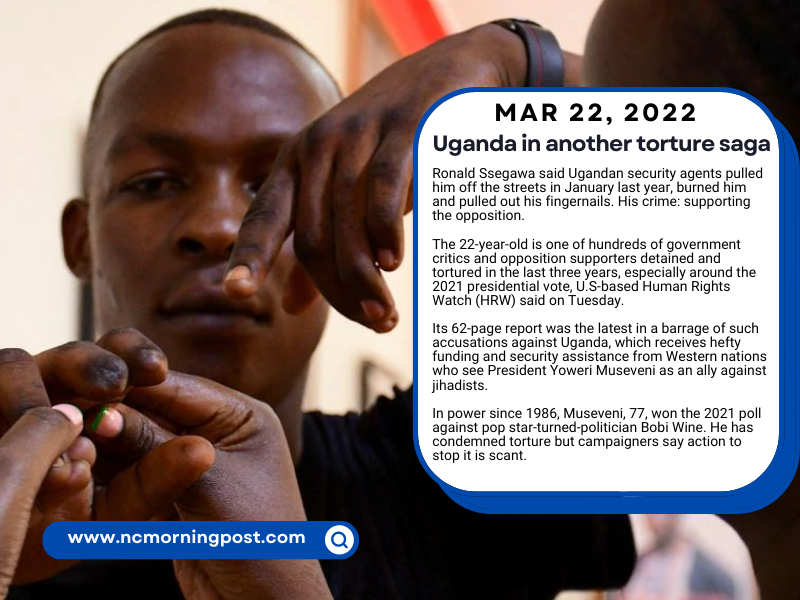 Ronald Ssegawa said that Ugandan security forces kidnapped him from the streets in January of last year, burnt him, and tore his fingernails. His crime: he backed the opposition.

The 22-year-old is one of hundreds of government critics and opposition sympathizers jailed and tortured in the previous three years, particularly in the run-up to the 2021 presidential election, according to the US-based Human Rights Watch (HRW) on Tuesday.

Its 62-page report was the latest in a string of similar claims leveled upon Uganda, which gets substantial financing and security help from Western countries that regard President Yoweri Museveni as a friend in the fight against Islamists.

Museveni, who has been in power since 1986, defeated pop star-turned-politician Bobi Wine in the 2021 election. He has denounced torture, but activists claim there has been little effort to put an end to it.

In response to the HRW report, military spokesman Brigadier Felix Kulayigye and police spokesman Fred Enanga both said that torture was not condoned and that perpetrators would be punished if discovered.

They did not supply statistics for it right away.

“Anyone who has tortured is an idiot because torture produces no outcomes,” Kulayigye remarked.

HRW, on the other hand, said Museveni’s administration was complicit in arbitrary arrests and mistreatment. Ex-detainees said they were raped, assaulted, electrocuted, or injected with unknown chemicals.

One lady, named only as Rachel N, said she was kidnapped while pregnant in 2019 and endured rape, beatings, and a miscarriage while detained for months.

According to a Reuters story received by NCMP, Ssegawa was pushed into a vehicle, hooded, taken to a basement, and given a movie urging people to vote for Wine. According to him, one of his captors heated a metal rod over a gas flame before pressing it into his stomach.

“The agony was crushing, my skin was burning away,” Ssegawa said, revealing wounds under his jacket.

“I implored them, ‘Please murder me.'”

According to Ssegawa, the guy then used pliers to rip out his nails. Another shoved a hot iron into his back and attempted to grasp his mouth with pliers before being stopped by a coworker, according to Ssegawa.

According to a plea submitted last year by Wine’s party to the Hague-based International Criminal Court, Ssegawa’s lifeless corpse was thrown outside a mortuary.

According to the petition, his fingers were necrotic (dead cells), and he also had bruises, burns, a scarred abdomen, and symptoms of electrocution. When mortuary staff discovered he was still alive, they transported him to a doctor.

Ssegawa, a former machinist at a construction company, is unable to work due to his injured hands.

According to Enanga, a police spokeswoman, Ssegawa was attacked after trying to steal a phone. Nonetheless, he was never charged.

To highlight worldwide concern over Uganda’s human rights record, the US sanctioned former head of military intelligence Major General Abel Kandiho in December for “horrific” abuse by his unit, stating he was sometimes intimately engaged.

Uganda expressed dissatisfaction with the decision since it was made “without appropriate procedure.” Museveni promoted him to senior police officer in February.

Ugandan troops are part of a Western-backed peacekeeping team battling Islamist terrorists in Somalia, and they have also gone into the Democratic Republic of the Congo to pursue Islamic State-aligned fighters. 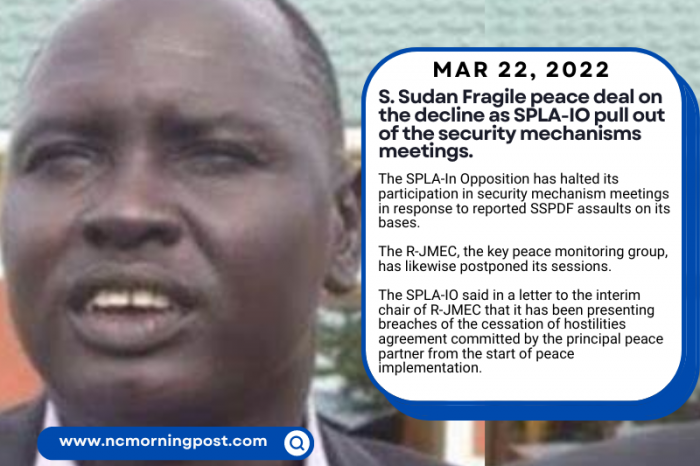 S. Sudan Fragile peace deal on the decline as SPLA-IO pull out of the security mechanisms meetings. 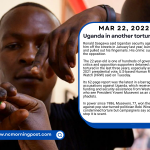