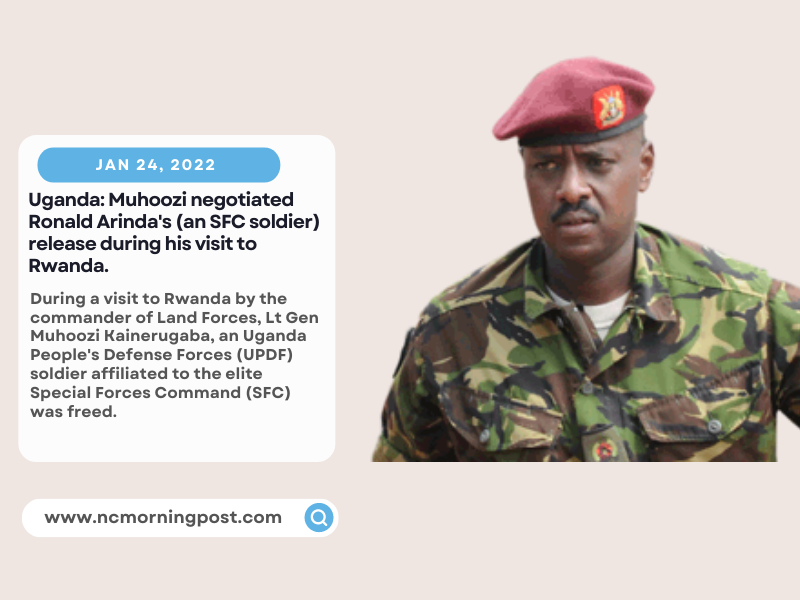 During a visit to Rwanda by the commander of Land Forces, Lt Gen Muhoozi Kainerugaba, an Uganda People’s Defense Forces (UPDF) soldier affiliated with the elite Special Forces Command (SFC) was freed.

Ronald Arinda, 23, of Muguri village, Kakyerere ward in Ryakarimira town council, Kabale district, was apprehended on November 27, 2021, at a livestock market in Burera district, Northern Province, only meters from the Uganda-Rwanda border.

Arinda, who was on official leave from the army, entered Rwanda when Rwandan security informers masquerading as peasants who lived near the frontier encouraged him to purchase their livestock. Locals in the Ryakarimira town council were outraged by Arinda’s imprisonment.

However, on Saturday nite, following a one-day secret visit to President Paul Kagame in Kigali’s Urugwiro hamlet, the first son, Muhoozi, announced that Arinda had been freed. He verified in a tweet that he and Arinda were able to return to Uganda on an Uganda Airlines aircraft after seeking Kagame’s release.

“I also appreciate President @PaulKagame for honoring my request to free our SFC soldier, Private Ronald Arinda, who wandered into Rwandan territory without authorization on personal business.” “I returned to Uganda with him tonight,” Muhoozi said in a tweet, adding that he had friendly and in-depth conversations about how to enhance bilateral ties between the two nations.

“I want to thank President @PaulKagame for the great welcome my delegation and I got in Kigali today.” We had extremely pleasant and in-depth conversations about how to strengthen our bilateral ties. “I am convinced that we will be able to rapidly restore our historical excellent ties under the leadership of our two Presidents,” he added.

Rwanda closed its borders with Uganda in February 2019 and issued a travel warning to its citizens against visiting the country. Rwanda said in the advice that the safety of its people in Uganda was not assured.

President Kagame accused Ugandan authorities of kidnapping and imprisoning its citizens in non-designated areas, as well as hosting and facilitating dissidents, particularly from the Rwanda National Congress (RNC) and the Democratic Forces for the Liberation of Rwanda, both of which have declared war on the Kigali government.

Angolan President Joao Lourenco and Congolese President Felix Tshisekedi held talks between Kagame and Museveni, however the last such encounter was in February 2020. Since then, no meetings have been conducted, owing in part to the Covid-19 epidemic.

Relations between the nations deteriorated further last year when an investigation revealed that Rwanda used Israeli Pegasus eavesdropping software to get into the phones of Uganda’s Prime Minister and Foreign Affairs Minister, among others.

The standoff between the two nations stifled enterprises in the border sub-counties, leading to an upsurge in smuggling. As a consequence, numerous Rwandan and Ugandan citizens have been killed and others have been wounded by Rwandan authorities. 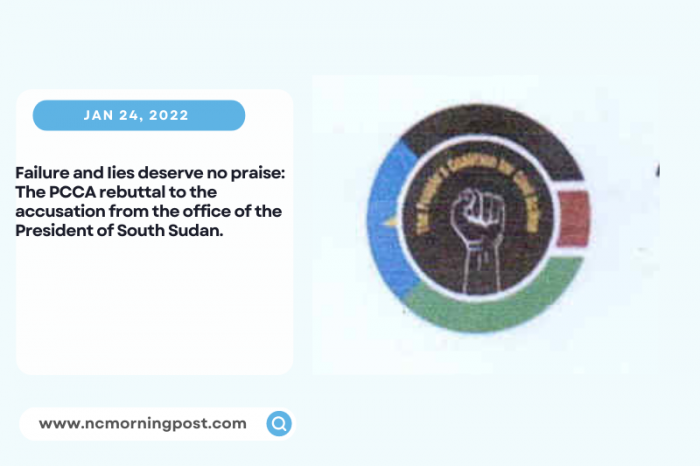 Failure and Iies deserve no praise: The PCCA rebuttal to the accusation from the office of the President of South Sudan. 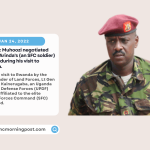