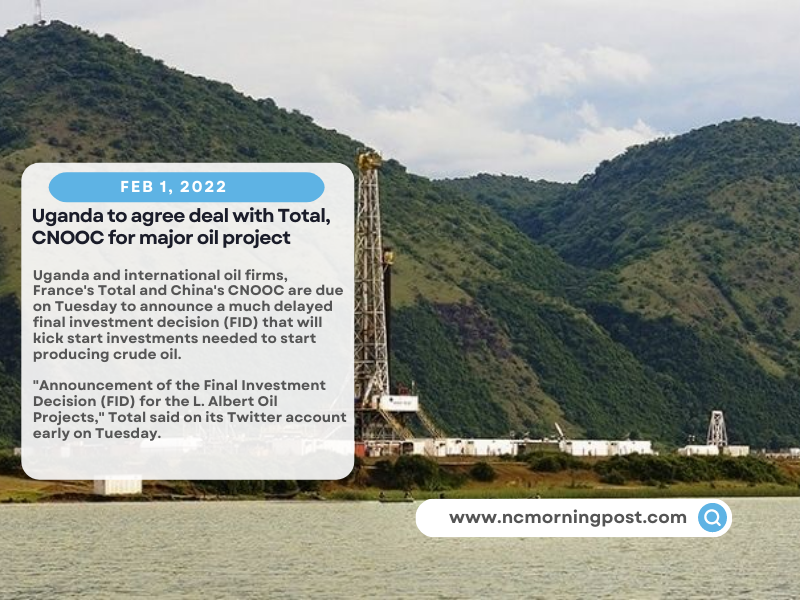 Uganda and international oil firms, France’s Total, and China’s CNOOC are due on Tuesday to announce a much delayed final investment decision (FID) that will kick start investments needed to start producing crude oil.

“Announcement of the Final Investment Decision (FID) for the L. Albert Oil Projects,” Total said on its Twitter account early on Tuesday.

“The FID announcement signifies the commitment of the oil companies to invest over US$ 10 Billion to develop Uganda’s oil and gas resources.”

Uganda discovered crude oil reserves in fields in its west near the border with the Democratic Republic of Congo in 2006 but the start of commercial production has been repeatedly delayed by a lack of infrastructure and disagreements between the government and oil firms over taxes and development strategy.

Landlocked Uganda’s crude will be exported via a pipeline, described as the world’s longest electrically heated pipeline, through Tanzania to a port on the Indian ocean. 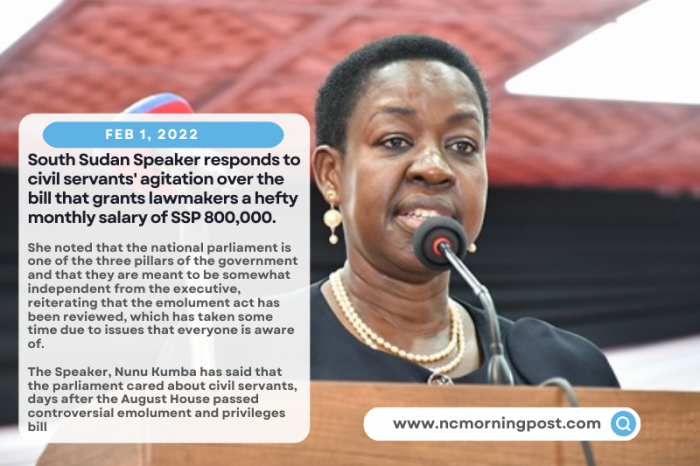 South Sudan Speaker responds to civil servants' agitation over the bill that grants lawmakers a hefty monthly salary of SSP 800,000. 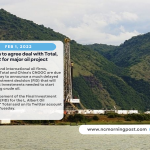