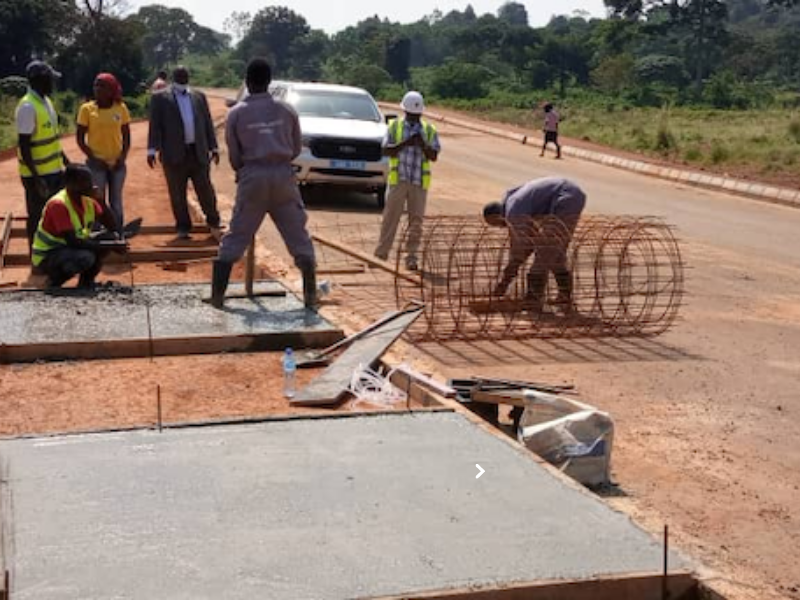 The mask of collective quiet on the under-construction Kitala-Gerenge road in Garuga was shattered Monday, October 11, when casual employees protested the non-payment of their salaries for the last five months.

Nada Andersen, the project coordinator for the Kitala Gerenge road, demanded publicly on social media two weeks ago why UNRA had failed to pay the employees’ arrears. When asked for comment on the roadworks a fortnight ago, UNRA spokesman Allan Ssempebwa tried to quell the ruckus. He claimed UNRA had undertaken internal conversations about the situation and was working quickly to pay the employees’ unpaid payments.

Ssempebwa said that the payments will be paid as quickly as possible. Despite Ssempebwa’s efforts a fortnight ago to soothe anxieties, the employees walked off the job, alleging a complete disdain for their human dignity. They said they had become poor.

Since June2018, Joachim Kiiza,46, an excellent drainage function Object() { [native code] }, has been working on the Kitala-Gerenge road project. Kiiza told The Observer that he hasn’t been paid in the previous five months.

“This has had an impact on more than simply my livelihood. My daughter, however, was unable to complete her final examinations at Nkumba University in June. “She was an Shs 4,980,000 tuition defaulters, money that I would have cleared if UNRA had paid my pay,” he added.

“There is no contractual road worker on the Kitala-Gerenge route who has not been paid all of their dues entirely,” UNRA project manager Morris Ewama stated. Those that say otherwise are either liars or masqueraders who have not been hired.”

Unlike the employees, who handed The Observer their contracts, Ewama did not present any documentation to back up his claims. However, when he was singled out by the employees during the walkout, Ewama swiftly offered to pay the arrears.

“As a body, we adhere to ensuring that the wellbeing of our personnel is top priority,” Ssempebwa added. And what we’ve done is had our head accountant look into all of the employees’ accusations of non-payment. In reality, the process of reconciling the arrears, in order to commence payment, began last week.”

Peter Bagonza,56, expressed his dissatisfaction with his present UNRA work. He said that when they first signed their contracts in 2018, lunch was included in the deal. Bagonza, on the other hand, claims that they have not received a lunch allowance since November.

Every day, a dinner was priced at Shs 4,500. A total of Shs 1,485,000 in lunch money is owing to one employee. Ssempebwa said that the situation is being investigated to guarantee that it is resolved once and for all.

UNRA’s Kitala-Gerenge initiative, according to Ssempebwa, was a first-of-its-kind in-house effort. UNRA chose to build up its own construction unit in order to limit capital flight, and it has been working on the Kitala-Gerenge road from its beginning. However, Ssempebwa said that they had faced financial difficulties.

This initiative was sponsored directly by the government, but the funds haven’t arrived as quickly as UNRA had hoped. The road project was disrupted as a result of this, which had an impact on the employees’ welfare and payments to suppliers.

The Kitala-Gerenge road project employs around 100 temporary laborers. Worse, for over two years, these employees informed The Observer that 30% of their pay had been withheld as Pay As You Earn (PAYE).

“According to my contract, I am supposed to be paid Shs 27,500 per day,” Bagonza stated. Our supervisors usually informed us that our money was being transmitted to URA [Uganda Revenue Authority] when we queried how that was possible since we didn’t have TIN [tax identification number] numbers.”

Despite the fact that the 30% deductions were halted and project authorities claimed that all of their money will be repaid shortly, no refunds have been issued in over a year. Kiiza wants reimbursement of roughly Shs 7 million.

The employees report that they go the whole day without eating or drinking anything. It’s unthinkable, they say, that someone could go a full day without eating while hauling 60kg kerbstones and 100kg culverts with a 600mm diameter.

The safety director on this road project, Sam Mubuya, recently told The Observer that good working conditions are essential, and that includes lighting in casework extends into the night.

Toilet facilities, water, luminous jackets, gumboots, hand gloves, safety boots, and helmets are all required, according to Mubuya. However, since there are no onsite mobile toilets, the employees reported they often attack the bushes to relieve themselves.

For the last year and a half, the employees have been without safety boots, gloves, or helmets. These employees are even laying molten asphalt (tarmac), which is at 180 degrees Fahrenheit, without proper safety equipment like footwear or hand protection.

Workers claim they do not get First Aid in the event of an accident. The Observer was unable to confirm this, but the employees said that when they are wounded, they are abandoned at a clinic and left to their own devices. UNRA has learned a lot from the Kitala-Gerenge project, according to Ssempebwa. 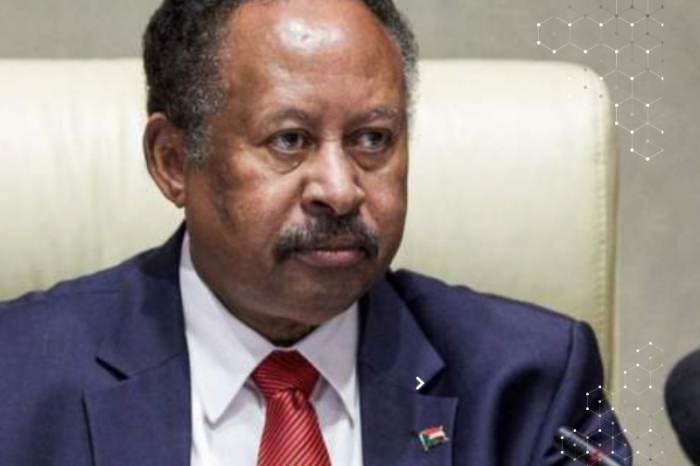 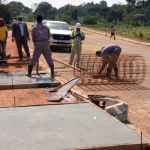