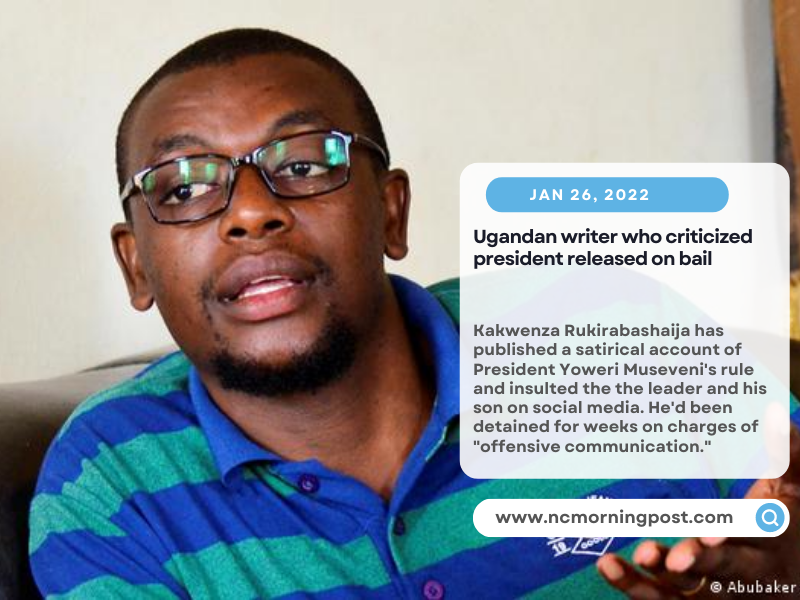 Rukirabashaija, a critic of President Yoweri Museveni, was arrested in December and held without charges and without being allowed to speak with anyone outside until January 11, when he was charged with “offensive communication.”

A winner of the PEN Pinter Prize as an “International Writer of Courage,” 33-year-old Rukirabashaija is most famous for his book “The Greedy Barbarian,” which has been described as a thinly veiled satire of Museveni’s rule.

Rukirabashaija has also been outspoken on social media in his criticism of the strongman and his son Muhoozi Kainerugaba. The author wrote on Twitter that the president was an “election thief” and that his son was “intellectually bankrupt.”

Many believe that Kainerugaba is being groomed to take over for Museveni, 77, who has been in power since 1986.

At his bail hearing, Rukirabashaija was ordered to pay 500,000 Ugandan shillings ($142; €126), deposit his passport and not comment on the matter in the media.

His lawyer Eron Kiiza had previously told Reuters news agency that his client was tortured in jail. Rukirabashaija has also said he was brutally beaten when he was taken in for questioning in 2020 over the content of “The Greedy Barbarian.”

Speaking on the courthouse steps after the bail hearing, Kiiza said he did not expect the matter to go “to full trial” because state prosecutors did not have a solid case against his client. 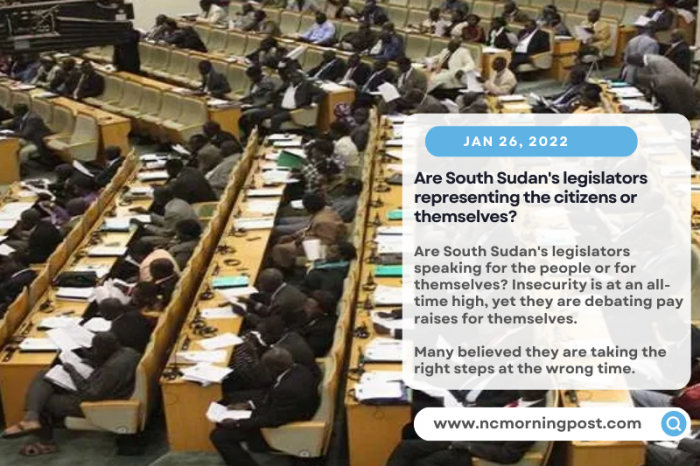 Are South Sudan's legislators representing the citizens or themselves? 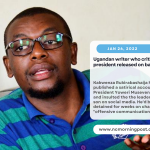