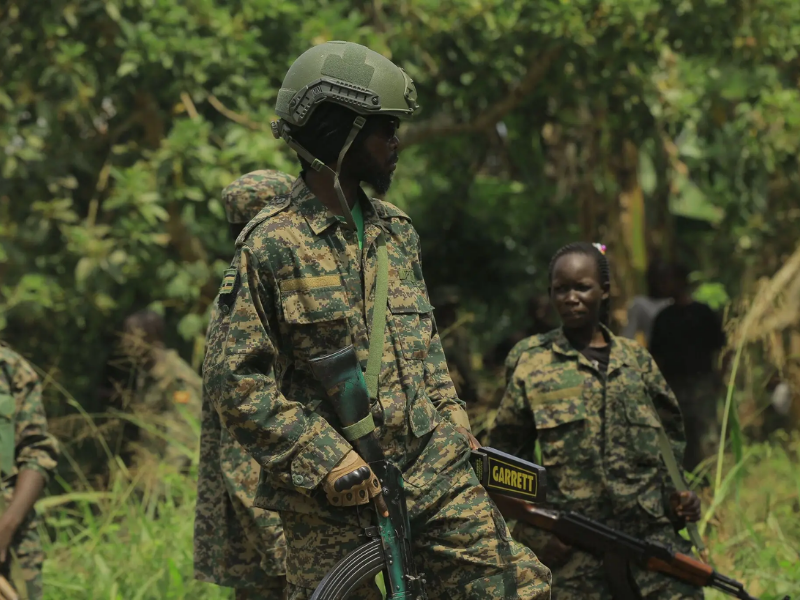 It has been a month since Uganda launched air and artillery strikes in the eastern Democratic Republic of Congo, followed by the deployment of soldiers in an operation aimed at a rebel group accused of carrying out a series of fatal assaults on the Ugandan capital, Kampala.

The Allied Democratic Forces, the region’s deadliest armed organization, was labeled as a terrorist organization by the United States earlier this year.

Uganda expects that the attack, which is being carried out in collaboration with Congolese soldiers, will compel the group to leave its strongholds in Congo. However, the invasion has sparked widespread anxiety among citizens and observers.

Many point to Uganda’s earlier participation in Congo, from 1998 to 2003, when its soldiers were accused of murdering and torturing people, pillaging natural resources, and demolishing communities. Analysts believe that the current expedition may exacerbate regional security concerns, notably with neighboring Rwanda, and may result in reprisals against civilians, as has occurred in the past.

President Yoweri Museveni of Uganda, who has a long history of security cooperation with the West, might exploit the invasion to bolster his image abroad while cracking down on opposition at home. According to others, the operation is an ill-fated effort to provide a military solution to the various political, social, and economic difficulties that people in eastern Congo face.

Here’s a look at the Allied Democratic Forces, or A.D.F., why Uganda went after the Congolese rebels, and how the new operation may affect the nation, Africa’s second-largest by area.

What exactly are the Allied Democratic Forces?

The A.D.F. was founded in eastern Congo in 1995 by two anti-Museveni groups: the National Army for the Liberation of Uganda and members of Tabliq, an Islamist sect in Uganda.

According to Stig Jarle Hansen, a professor at the Norwegian University of Life Sciences and the author of “Horn, Sahel, and Rift,” an examination of the spread of jihadist groups in Africa, the group had backing from the Sudanese and Congolese governments, who used it to undermine Mr. Museveni’s government.

Mr. Hansen said that with the support of Congo’s then-president, Mobutu Sese Seko, the A.D.F. formed connections with local groups and leaders and became significantly engaged in a variety of economic sectors, including lumber, agriculture, and gold mining.

However, once Mr. Mobuto was deposed in 1997, the gang fled into the Rwenzori Mountains between Congo and Uganda, and the frequency of violent occurrences attributed to them decreased.

However, the Congolese military launched a significant attack against the organization in 2013. The Allied Democratic Forces, in collaboration with other militia groups, retaliated brutally, assaulting not just the army but also murdering hundreds of citizens in the provinces of North and South Kivu. The onslaught finally weakened the rebels’ resolve, and the group’s founder, Jamil Mukulu, escaped, only to be apprehended in Tanzania and deported to Uganda in 2015.

The A.D.F., under its new head, Seka Musa Baluku, swore allegiance to the Islamic State, which claimed its first strike in the Congo in 2019. While the two institutions have some contact, financial links, and ideological affinity, researchers believe the degree of their collaboration is unclear.

The United Nations failed to discover “conclusive proof” or “establish direct support or command and control” of the Islamic State over the A.D.F. in a report issued in June 2021. Another UN investigation revealed the Islamic State incorrectly characterizing the locations, times, and type of operations claimed in Congo.

According to UN estimates, the A.D.F. has roughly 1,000 fighters. According to Pierre Boisselet, the coordinator of the Kivu Security Tracker, its militants has increased their activities in recent years, attacking peacekeeping personnel, carrying out suicide bombings and jailbreaks, and murdering at least 2,155 individuals in eastern Congo since June 2017.

The raid was provoked by a series of suicide strikes on a police station and a roadway near the Ugandan Parliament on November 16. Mr. Museveni pledged on Twitter to go after the perpetrators, saying, “the terrorists invited us, and we are coming for them.”

Congo’s President Felix Tshisekedi sees the operation as a boost to his attempts to restore calm to the country’s restive eastern provinces. He proclaimed a “state of siege” in North Kivu and Ituri in May, as armed factions caused devastation in the two provinces.

However, such efforts have provided little respite, and Mr. Tshisekedi, who is up for re-election in 2023, is under growing criticism from the region’s elites and parliamentarians for his failure to address decades of instability, according to Jason Stearns, director of Congo Research Group.

Uganda conducted air and artillery strikes against the A.D.F. on November 30, and on December 3, it pushed soldiers over the border in an operation codenamed Shujaa, or “Bravery.” Mr. Tshisekedi claims that the deployment of Ugandan soldiers is just temporary, and Uganda has said that the mission’s success would be evaluated in two months.

Aside from that, neither country has offered much specifics regarding the operation.

However, politicians in Uganda are questioning how the military launched the raid without first asking for their consent. Regional analysts also claim that Mr. Museveni has long used Western worries about Islamist terrorism to achieve his own objectives, including exaggerating the A.D.F.’s ties to jihadist activities. In the past, Ugandan defendants implicated in A.D.F.-related cases have alleged that they were tortured to get confessions.

According to Helen Epstein, author of “Another Fine Mess: America, Uganda, and the War on Terror,” the soldier deployment is likely also aimed at safeguarding Uganda’s oil deposits near Congo. The construction of a multibillion-dollar pipeline from western Uganda to the Indian Ocean is expected to begin in 2022.

How is the operation progressing?

According to experts, including Mr. Boisselet of the Kivu Security Tracker, the operation has gained traction in an area where A.D.F. violence is no longer common, implying that the organization is now less active in what has been dubbed the “triangle of death.” On the Ugandan-Congolese border, the region is located between the cities of Eringeti, Mbau, and Kamango.

“The promotion for the rapid victories was a little perplexing,” he said.

What are some of the issues with this operation?

Ugandan and Congolese forces have both been accused of severe human rights crimes in eastern Congo. Amnesty International asked both governments in early December to safeguard civilians and, if necessary, remove them if military sites were discovered near civilian dwellings.

Many Congolese are also concerned that the recent invasion would enable Uganda to steal their country’s riches once again. This year, Congo’s attorneys requested the International Court of Justice to order Uganda to pay over $14 billion in reparations for its past participation.

Experts have also warned that a military strategy risks overshadowing long-term solutions to the conflict in eastern Congo, which is home to over 120 armed factions. Mr. Stearns of Congo Research Group said that these include strengthening government, combating corruption, implementing military demobilization plans, and undertaking reconciliation initiatives in local communities. 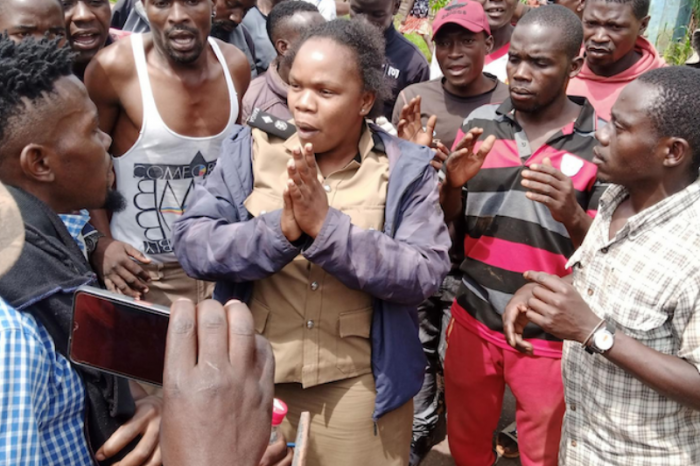 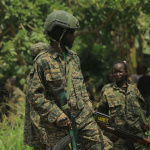