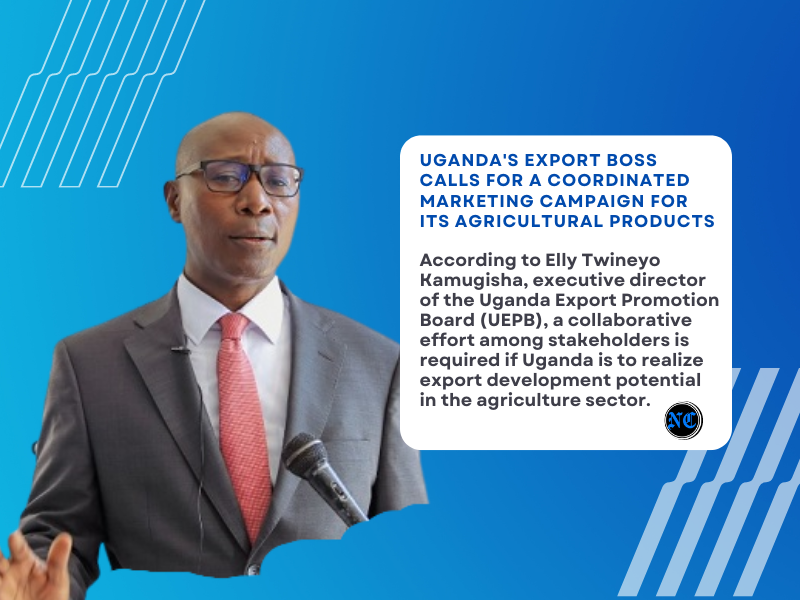 According to Elly Twineyo Kamugisha, executive director of the Uganda Export Promotion Board (UEPB), a collaborative effort among stakeholders is required if Uganda is to realize export development potential in the agriculture sector.

He made the remarks on June 17 at the start of the 2022 National Export Awareness Week (NEAW 2022) at Hotel Africana. The UEPB is the government institution in charge of coordinating the expansion of exports.

The sixth edition, which concludes on June 23, is structured around the topic “Enhancing government initiatives to enhance export growth.”

Hundreds of delegates from development partners, technocrats, and officials from the ministries of Agriculture, Animal Industry, and Fisheries, Trade, Industry, and Cooperatives, and East African Community Affairs attended the inaugural session.

Kamugisha highlighted the agricultural export sector’s achievements, opportunities, and challenges, and urged those in attendance to spread the gospel of the Parish Development Model (PDM) as one method of bringing Ugandans out of subsistence farming and into the money economy through farm produce export promotion.

“Unlocking the potential of the agricultural industry is dependent on tackling sector difficulties such as mentality transformation.” Improving Uganda’s agricultural export competitiveness necessitates “creating synergies among value-chain actors and relevant institutions, enabling policies and practices, the provision of resources and information by government and other actors, and engaging at the regional, continental, and global levels to promote the country’s interests,” he said.

Indeed, Uganda’s agricultural exports have increased by 10% in the last year alone, and Kamugisha believes there is further room for growth.

“There is an urgent need to make Uganda’s private sector and value-chain players competitive, in addition to providing crucial enabling facilities, infrastructure, and coordination among multiple institutions that play a trade facilitation role.”

During a session on Uganda’s compliance with international sanitary and phytosanitary measures, Agriculture Ministry officials stated that previously, Uganda had interceptions in the European Union due to harmful organisms in fruits and vegetables, but that since implementing strict adherence to international trade standards, illegal export of fruits and vegetables has decreased.

On June 20, the awareness week will continue with a discussion of potential and marketing methods for Ugandan produced goods in DR Congo markets. 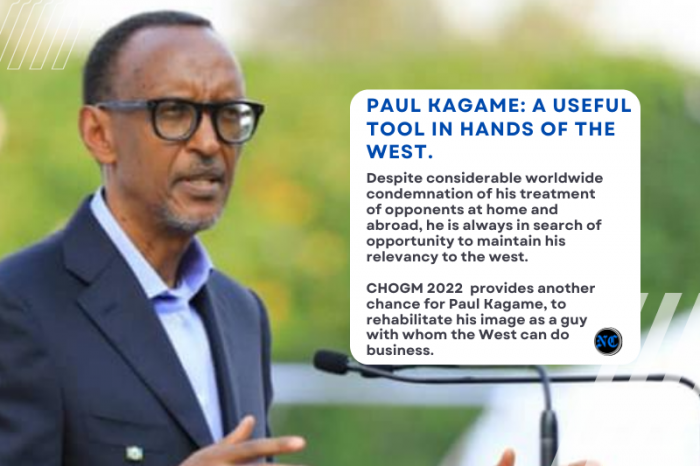 Paul Kagame: A useful tool in hands of the west. 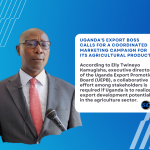