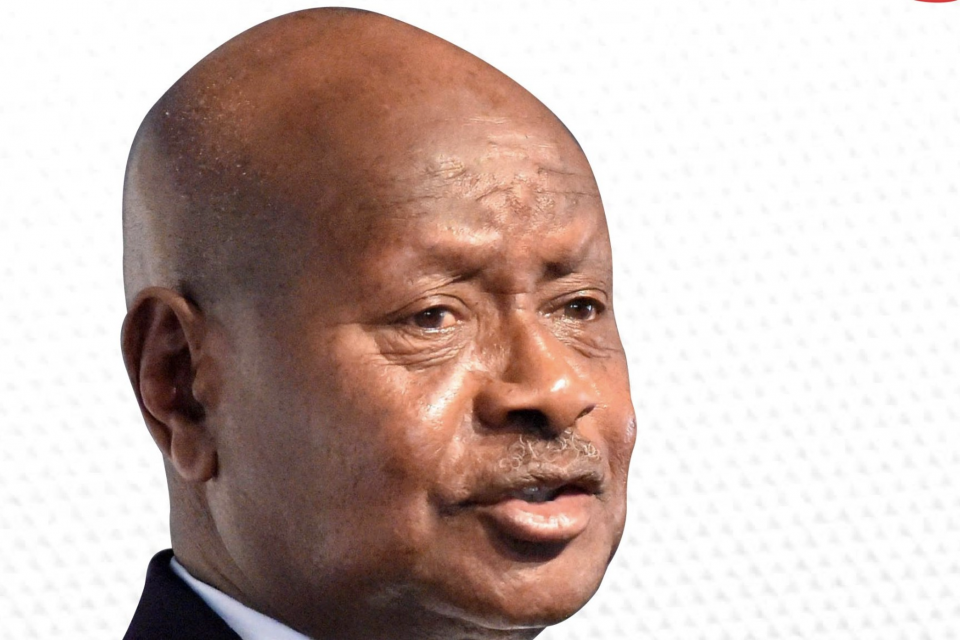 Last month, a grand electoral theft took place in Uganda when incumbent President Yoweri Museveni—in power since 1986—was declared the winner of an election that was neither free nor fair. As if to cement Museveni’s continued reign, his most significant challenger, the popular musician Bobi Wine, was placed under house arrest for 12 days. Even after the High Court ordered his release, military choppers hovered over his house.

Wine isn’t the only opposition figure to face intimidation in the wake of the election. One of Museveni’s harshest critics in recent years, the activist Stella Nyanzi, recently fled Uganda to seek asylum in Kenya. Nyanzi, who failed in her parliamentary bid last month, said her partner was arrested and tortured after the vote. Moreover, several Ugandan members of Parliament have raised concerns over the alleged kidnapping of 44 people by Ugandan security forces during the election, 31 of whom remain missing.

The political longevity of Museveni, who is 76 years old, undermines democracy both within Uganda and in Africa more broadly. And the results of the Jan. 14 election, which he won with 59 percent of the vote, have seemingly further emboldened him. It now appears that no one, not even Wine, can remove the president from office. “If anyone tries to disrupt our peace, we will deal with them decisively,” Museveni said after the announcement of his reelection—a veiled threat against Wine and any other future opponent.

For decades, the international community has played an integral role in Museveni’s entrenchment. Many Western governments see him as a key ally in the fight against terrorism, as Uganda contributes significantly to the fight against al-Shabab in Somalia. In return, they have supported Museveni’s government with large aid packages while turning a blind eye to human rights abuses under his rule. The United States alone pledged nearly $500 million in aid to Uganda for 2021.

Museveni is one of a cadre of African leaders who earned their revolutionary stripes at the University of Dar es Salaam in Tanzania in the 1960s, when it was a finishing school for anti-colonialists. Two decades later, after the protracted Bush War in which his forces deposed then-President Milton Obote, Museveni became the leader of Uganda. When he took power, he pledged not to be a leader who refused to leave office. “The problem of Africa in general and Uganda in particular is not the people but leaders who want to overstay in power,” he said at the time.

When Museveni took power, he pledged not to be a leader who refused to leave office.

In the 35 years since Museveni has made and broken several similar promises. He suggested that he would retire within five years in 2001, two years before his party initiated the process of removing presidential term limits from the Kenyan Constitution. When questioned about the statement in 2006, he said, “Longevity without democracy was what I meant. … If the people are renewing my mandate in a free election, then I wouldn’t put it in that category.” Six years later, he promised not to vie for the presidency when he turned 75, saying that a leader is unable to stay active after that age. In 2017, the Ugandan Parliament amended a clause that barred people older than 75 from running for president.

The discrepancies and abuses in the course of Uganda’s recent election are numerous, including protesters imprisoned and killed by Ugandan security forces before the vote, the almost five-day internet shutdown, and the arrest of Wine’s polling agents. Only the African Union sent international observers, and the body has said nothing about the election. The final results announced by the electoral commission differed from those announced at polling stations, not to mention the absurdity of the voter turnout: Just 52 percent of eligible voters showed up to the polls despite security forces’ claim that their presence on the streets would encourage people to vote in large numbers.

With each electoral cycle, Museveni has offered a reason why he shouldn’t leave office just yet. In 2019, he announced that he would have retired already—but he still had problems yet to solve, both for Uganda and for Africa. He reiterated this sentiment in his victory address on Jan. 16. This refusal to step down is part of the democracy crisis facing countries in Africa: The very idea of democracy is premeditated on leaders who leave office after holding a free and fair election. Uganda now finds itself in a situation similar to neighboring Kenya and Rwanda. Its election now appears little more than an expensive farce.

So what now for Uganda and its democracy? With Museveni’s victory, he said he has “taken Uganda into the realm of real politics,” where he harbors sole control. He isn’t likely to make the same mistake as former Gambian President Yahya Jammeh, a fellow member of the African old boys club who conceded defeat in 2016 before reversing course when he realized he would actually have to leave office. Other long-serving African leaders, such as Zimbabwe’s Robert Mugabe and Sudan’s Omar al-Bashir, have left only by force.

Some in Uganda’s opposition hold out hope—faint as it is—for some form of foreign intervention. Wine has urged the world to stand with activists in their fight against Museveni. Before the election, he wrote, “It pains me to say this, but the international community is part of our enduring problem in Uganda,” citing the reliance on Museveni as a military ally. Western media coverage of Museveni has already undergone a dramatic shift with the aging president no longer painted as a paragon of democracy.

Some in Uganda’s opposition hold out hope—faint as it is—for some form of foreign intervention.

But for now, serious U.S. intervention appears unlikely, especially this early into President Joe Biden’s first term. Museveni is already wary of the Western world turning on him, and he is “trying to ingratiate himself to the Biden administration to ensure there is no American intervention,” said Bwesigye bwa Mwesigire, a Ugandan lawyer and writer. The United States might reduce its foreign aid to Uganda or introduce a smattering of visa restrictions—but there won’t be any push for regime change.

Museveni’s campaign slogan promised to secure Ugandans’ futures. With the latest results, he seems to have done so. It is now clear that the president will resist until the end, only leaving office kicking and screaming or in the event of his death. In the meantime, Uganda’s democratic space will continue to shrink with further internet shutdowns, more kidnapped or detained opponents, and continued human rights violations.

Wine now faces his new role as Uganda’s opposition leader, along with increasing threats from Museveni’s camp. With 61 parliamentary seats, his National Unity Platform party holds an influential voice in the country. Wine could parlay these seats into a successful presidential campaign in five years, but he could also suffer the same fate as Museveni’s former sparring partner, Kizza Besigye. Besigye mounted several campaigns that ran the Ugandan president ragged—and even declared himself the winner in 2016—but he never ascended the presidency.

Museveni, as Besigye experienced several times and as Wine is now learning, is a wily veteran of the revolutionary fervor of the 1970s and 1980s. He will not allow himself to be so easily revolutionized. 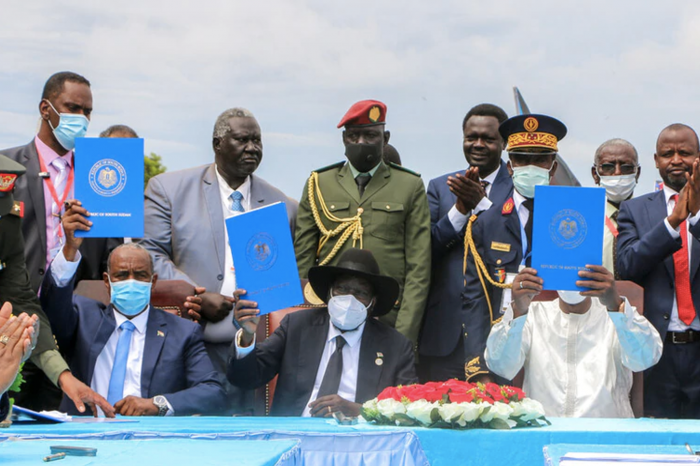 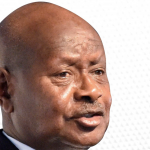