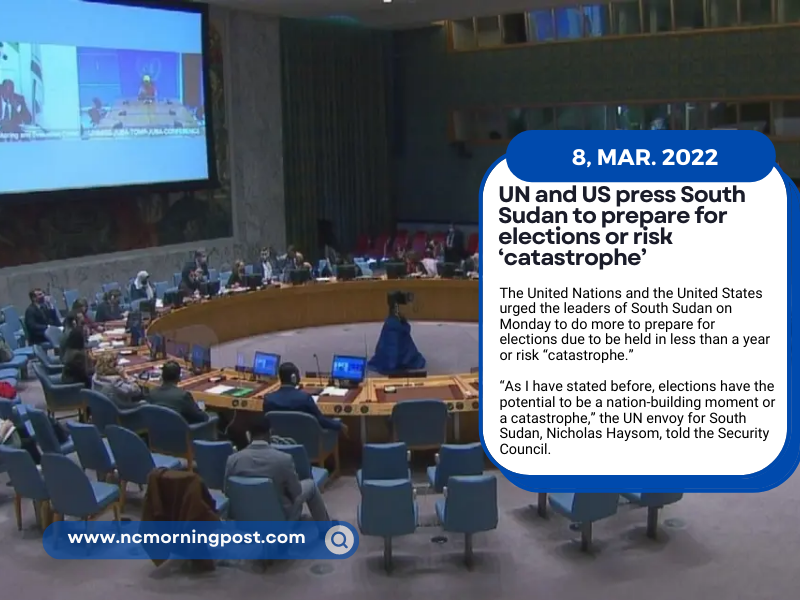 The United Nations and the United States urged the leaders of South Sudan on Monday to do more to prepare for elections due to be held in less than a year or risk “catastrophe.”

“As I have stated before, elections have the potential to be a nation-building moment or a catastrophe,” the UN envoy for South Sudan, Nicholas Haysom, told the Security Council.

“Much depends on the political will and leadership of the South Sudanese working together,” he said.

The US ambassador to the UN, Linda Thomas-Greenfield, said that in order to “work toward a true democracy,” the South Sudanese government needed to move swiftly to implement the provisions set out in an agreement on revitalizing the peace process.

“Unfortunately, the government of South Sudan is behind in meeting key electoral benchmarks” set out in the agreement, she added.

With a Security Council decision expected on March 15 on renewing the peacekeeping mission in South Sudan for a year – one of the most expensive on the UN’s books, with an annual budget exceeding $1 billion – Haysom pleaded for the deployment to remain at current levels of 17,000 troops and 2,100 police.

“We anticipate a mandate flexible enough to support the conduct of free and fair elections, upon the request of the government,” he said.

With less than a year until elections, South Sudan, which has been independent since only 2011, risks plunging back into war, the UN warned in February.

The youngest country in the world, it has experienced chronic instability since its independence from Sudan.

Between 2013 and 2018, it descended into a bloody civil war between sworn enemies Riek Machar and Salva Kiir, which left nearly 400,000 dead and millions displaced.

A peace deal signed in 2018 led to power-sharing in a national unity government sworn in February 2020, with Kiir as president and Machar as vice-president.

But the provisions of the peace agreement remain largely unimplemented, due mainly to persistent disputes between the two rivals. 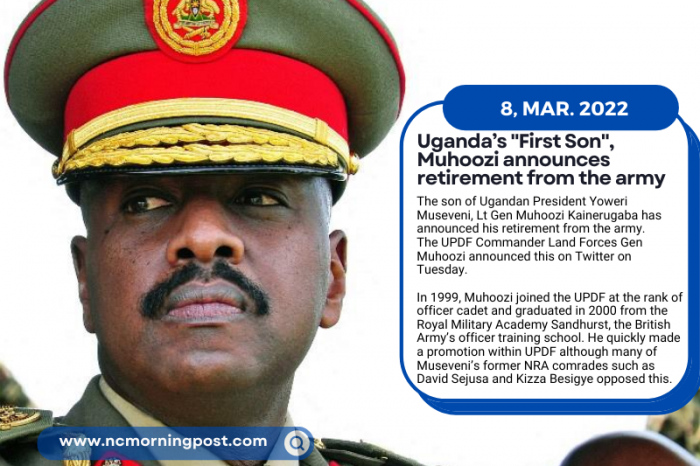 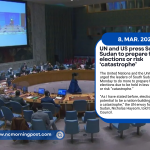