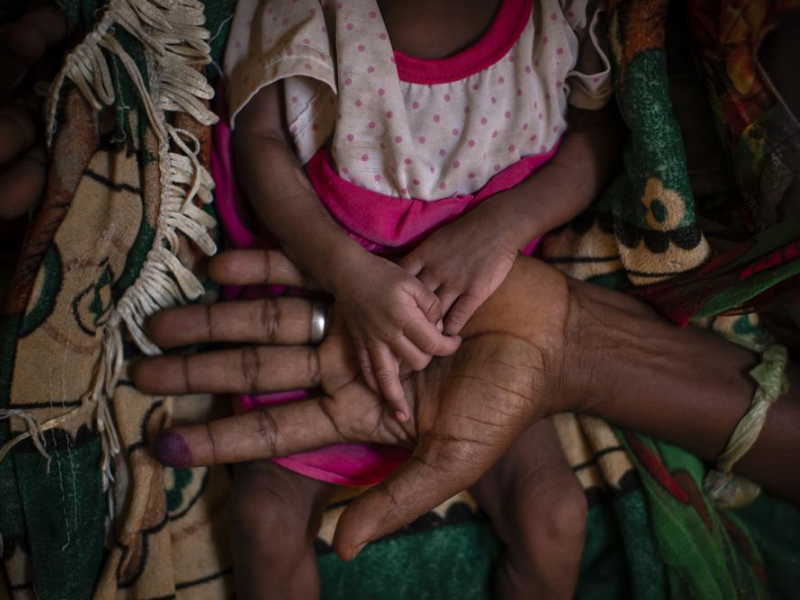 The United Nations chief informed Ethiopia on Friday that it has no legal right to expel seven U.N. officials and warned that severe restrictions on desperately needed aid to the conflict-wracked Tigray region have created a humanitarian and human rights crisis that is “spiraling out of control.”

Tigray is facing a near-blockade by the government on deliveries of food, fuel and other humanitarian supplies, and children are reportedly dying of famine.

Secretary-General Antonio Guterres said at least 5.2 million people in the region need humanitarian assistance including at least 400,000 “living in famine-like conditions.” Child malnutrition levels are now at the same level as they were at the start of the 2011 famine in Somalia, he warned.

Ethiopia announced the expulsions on Thursday, accusing the seven officials of “meddling” in the country’s affairs and giving them 72 hours to leave. In a new statement Friday, Ethiopia’s foreign ministry accused some U.N. staff of failing “to fulfill their mission independently and impartially” and listing “grave violations” including the alleged diversion of humanitarian assistance to Tigray forces fighting government troops.

Guterres said in a letter informing the U.N. Security Council of the expulsions, which was obtained by The Associated Press, that Ethiopia’s decision to expel critical members of the U.N. leadership team “creates yet another obstacle to reaching Ethiopians, at a moment when all efforts should be focused on working together to save and protect lives, protect human rights and avert a humanitarian catastrophe.”

U.N. deputy spokesman Farhan Haq said a diplomatic note sent to Ethiopia’s U.N. Mission and conveyed to Ethiopian Prime Minister Abiy Ahmed during a phone call with U.N. Secretary-General Antonio Guterres on Friday stated the U.N.’s “longstanding legal position” that the doctrine of declaring someone “persona non grata” — or unwelcome — does not apply to U.N. personnel.

The doctrine of declaring someone persona non grata applies between one state and another state, Haq said. “We are not a state.”

When issues are raised regarding U.N. personnel, Haq said, “the requirement is that such concerns are appropriately conveyed to the organization.”

The diplomatic note to the Ethiopian government from the U.N. Office of Legal Affairs, which was also sent to the Security Council, said the secretary-general can’t make a determination on the conduct of the 7 U.N. officials based on information provided by the foreign ministry. It noted the “unprecedented nature” of ordering the staffers’ expulsion “without any information provided as to conduct that may have been incompatible with the performance of their functions.”

Secretary-General Guterres said Thursday he was “shocked” by the announcement and expressed “full confidence” in the U.N. staff, saying they are guided by impartiality and neutrality.

Friday’s statement from Ethiopia’s foreign ministry echoed the government’s earlier accusations that humanitarian workers are supporting the Tigray forces who have been fighting its soldiers and allied forces since November — which aid workers deny.

Thousands of people have died in the conflict marked by gang rapes, mass expulsions and the destruction of health centers, with witnesses often blaming Ethiopian soldiers and those of neighboring Eritrea.

The U.N.’s humanitarian chief, Martin Griffiths, this week told The Associated Press that the crisis in Ethiopia is a “stain on our conscience” as children and others starve to death in Tigray under what the U.N. calls a de facto government blockade. Just 10% of needed humanitarian supplies have been reaching Tigray in recent weeks, he said.

The remarks were one of the sharpest criticisms so far of the world’s worst hunger crisis in a decade. Memories of the 1980s famine in Ethiopia, which killed around 1 million people and produced images that shocked the world, are vivid in his mind, Griffiths said, “and we fervently hope (this) is not happening at present.”

The AP, citing witness accounts and internal documents, last week reported the first starvation deaths since Ethiopia’s government imposed the blockade in June in an attempt to keep support from reaching Tigray forces.

Richard Gowan, U.N. director of the International Crisis Group, told AP: “The UN has worked very hard to maintain good relations with the Ethiopian government throughout the crisis (and) some diplomats, including U.S. officials, have felt that the U.N. was being too solicitous towards Addis Ababa.”

But he said “Abiy seems to be angry that Martin Griffiths would take such a firm line on the crisis” during his recent AP interview.

Other “grave violations” by U.N. staff listed by the foreign ministry on Friday were violating security agreements, transferring communications equipment to be used by Tigray forces, “dissemination of misinformation and politicization of humanitarian assistance” and “reticence” in pressing for the return of trucks used in aid deliveries.

Ethiopia’s government alleges the trucks are commandeered by Tigray forces; humanitarian workers have said instead that truck drivers fear further intimidation upon leaving Tigray and that there is little fuel.

“We are confident that the provision of humanitarian assistance will not be affected” by the expulsions, the statement said, adding that Ethiopia will continue to cooperate with the U.N. and its agencies “provided that their activities do not undermine the sovereignty of Ethiopia and pose a threat to its national security interests.”

Guterres said the U.N. and its partners are committed to providing aid, but it can’t “without adequate humanitarian supplies, including at least 100 trucks a day to Tigray alone, with additional supplies to Amhara, Afar and other regions.” Fuel is also essential to deliver aid and provide critical services including water and health care, and cash is required to pay staff and suppliers, he said.

A cease-fire and political dialogue “are urgently needed,” he said, warning that “attempts to politicize humanitarian assistance undermine the core efforts of the United Nations” to support the people.

Guterres also warned that “if the current trajectory continues, I fear for the future of many Ethiopian lives, and indeed for the stability of the country and the region.” 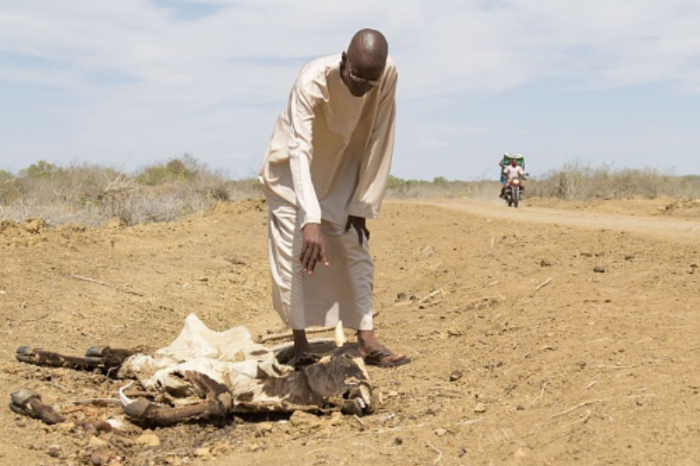 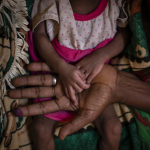