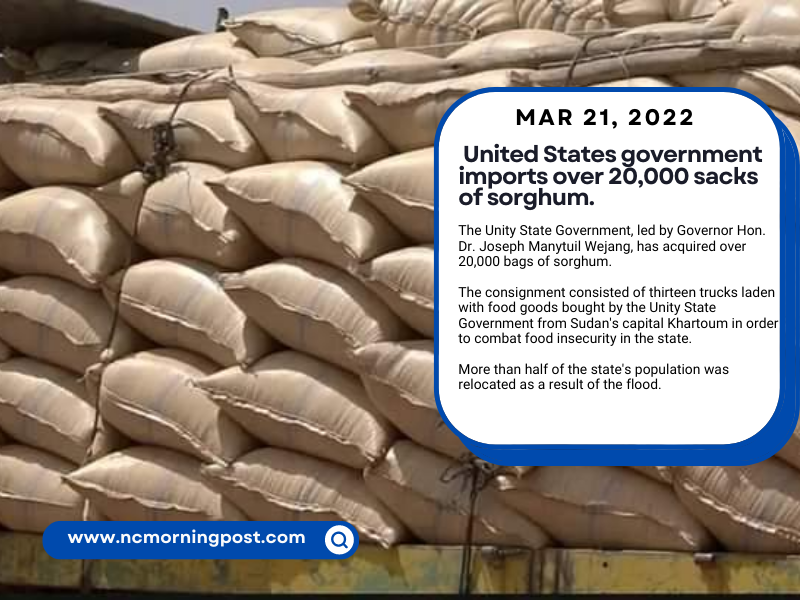 The consignment consisted of thirteen trucks laden with food goods bought by the Unity State Government from Sudan’s capital Khartoum in order to combat food insecurity in the state.

More than half of the state’s population was relocated as a result of the flood.

The Executive Director, Hon. Gattiek Both, said that “this food consignment would be delivered to flood-affected individuals around the state.”

Gatiek further said that the State Government, led by Dr. Joseph Manytuil Wejang, is “trying to solve the problem of food insecurity, as a result of the inflow of thousands of people throughout the State.”

The State Government is very concerned about the potential of famine and malnutrition this year as a result of the devastating flood that damaged agricultural output and endangers the lives of the civilian population.” Both Hon. added. 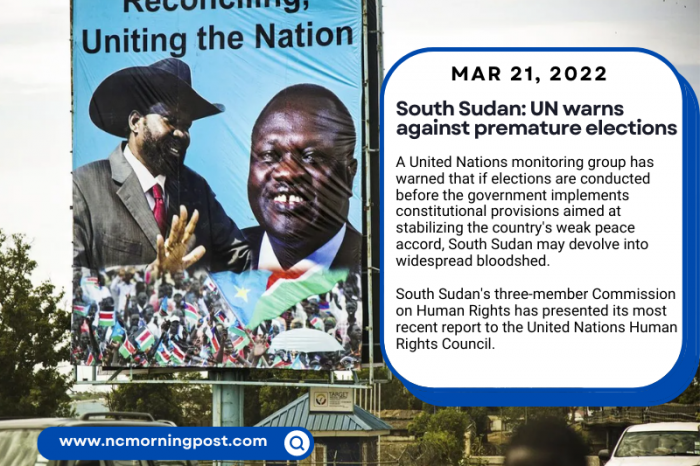 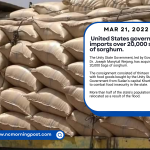