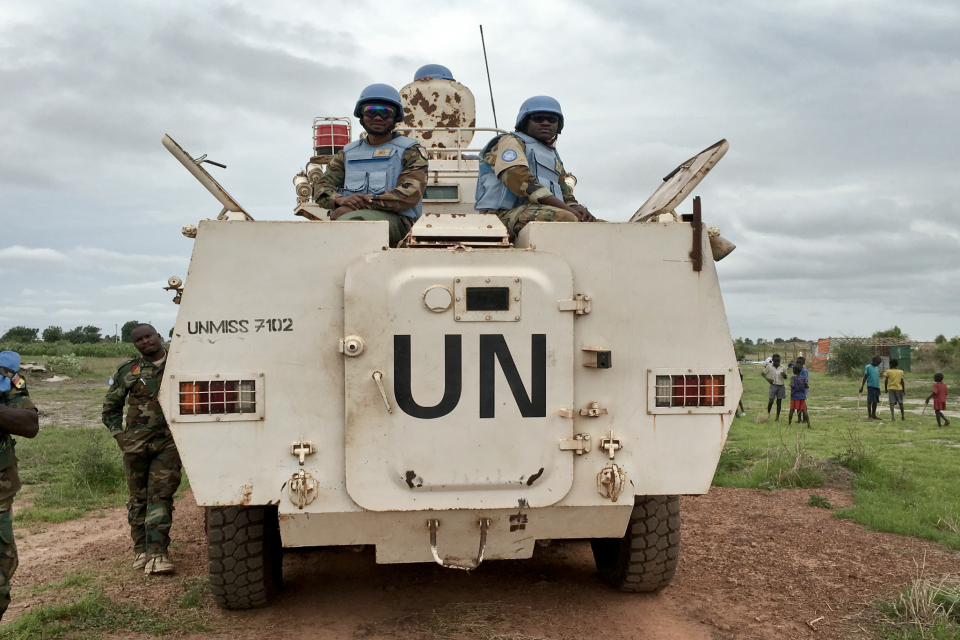 “We are here because we want to see the situation on the ground for ourselves and understand what we can do to ease the suffering of innumerable families who have been affected by floods,” said Alain Noudehou, Deputy Special Representative-Humanitarian, UNMISS, as he spoke with community leaders, members, and local authorities on a recent trip to Bor and Panyagor, Jonglei state. “We’re also here to meet with communities and listen to them so that we can come up with a sustainable plan to prevent such devastation in the future.”

Torrential rainfall in the past few months has caused the waters of the Nile river to overflow across South Sudan. In and around Bor, which is on the east of the White Nile, floods have destroyed homes and farmlands, displacing thousands and paralyzing essential services such as hospitals, local markets, and schools.

“Floods affected thousands of people, including the community in Panyagor. Panyagor itself was thigh-high in water when communities from nearby villages were displaced and sought shelter here,” said Matthew Hollingworth, Head, World Food Programme, who accompanied DSRSG Noudehou, along with other humanitarian partners, members of the donor community and government representatives. “The worst part is that it was nearly impossible for us to reach them during the rainy season. We couldn’t get here easily by boats or barges and the road was, of course, impassable. The road to Panyagor is still half underwater.”

His words were echoed by Christian Bader, the European Union Ambassador to South Sudan. “The people have clearly told us they need a lot of things, including food. They are surviving on fishing and dry food, and that is not enough. They need seeds, they need to plant. This is what I would call an emergency,” stated Ambassador Bader.

In the past few months, UNMISS engineers from South Korea have worked continuously with local authorities to build and maintain dykes designed to stem some devastation and restore a semblance of normalcy for people living here. These primary and secondary dykes, according to DSRSG Noudehou, have a long-term benefit.

“Right now, this country is facing tremendous challenges with food security and we are talking about help on the humanitarian side. However, if we want people to build resilience and start to really fend for themselves, we must ensure they can stop worrying about being affected by annual downpours and can start planting their lands. These dykes that UNMISS is helping build and maintain will not only ease people’s immediate burdens but will allow them to rebuild their lives from now on.”

However, the DSRSG acknowledged that stronger partnerships between all stakeholders need to be formed to meet the urgent humanitarian needs of communities living here and also arrive at permanent solutions to flood prevention.

“This is not just about UNMISS and the UN agencies alone,” said Mr Noudehou. “It has to be a partnership that includes the UN agencies who are on the ground with the communities and the government. The government needs to do their part by uniting communities and building morale while donors can provide much-needed resources so that the problem can be tackled systematically and sustainably.”

Maintaining existing dykes, building additional ones to create a dry ground, and improving road access to these remote locations are two areas that the mission and partners will focus on as a step forward to a long-term resolution of this problem. 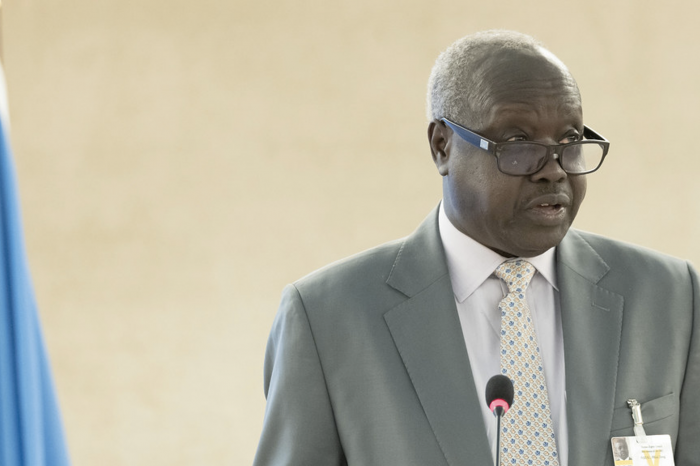 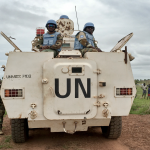