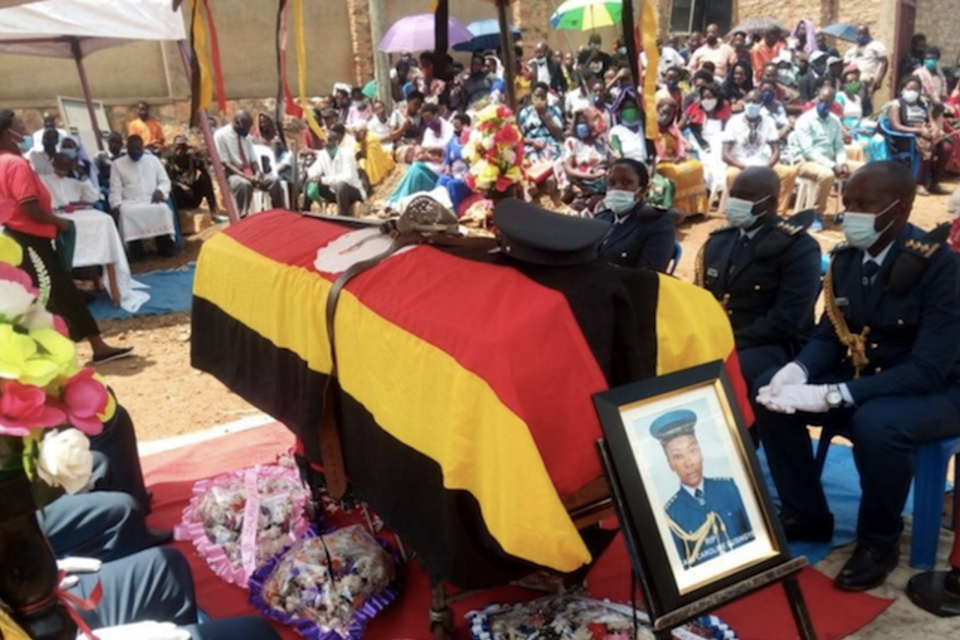 The remains of the UPDF trainee pilot, Caroline Busingye who perished in a helicopter crash have been laid to rest at her ancestral home in Rwekuraijo cell, Buyanja sub-county, Rukungiri district.

Busingye was one of the two cadet trainees who were on Thursday involved in a plane crash after an army jet ranger they were piloting crashed immediately after takeoff in Entebbe. She was declared dead on arrival at the hospital.

Today, her body arrived aboard a UPDF helicopter AF-641 at her ancestral home on Sunday evening, escorted by officers of the Uganda People’s Defense Forces.

Capt. Busingye is a granddaughter to the former presidential commission member Polycarp Nyamuchonco which ceremonially led Uganda for a period of 6 months with Saul Musoke and Wacha Olwol from May to December 1980 though the real power rested with military strongman Paulo Muwanga.

At 34 years of age, Busingye is survived by 2 children, the younger being 5 months old and the oldest 2 years, according to her Aunt Beatrice Nyamuchonco. She went to Nyakibale upper primary school for primary education, Kyamankanda SS for ‘O’ and Immaculate Heart Girls SS for ‘A’ level. After ‘A’ level she immediately joined the army.

Busingye lost her parents when she 14 years and was raised by her Aunt Beatrice Nyamuchonco who described her as a trustworthy lady who was so developmental and supportive to the wellbeing of their family. As an orphan, Busingye according to her aunt, worked harder and supported her siblings.

“We have lost a person who was so supportive and developmental we shall hardly manage in the world without her, am just praying for the well being her children,” Nyamuchonco said.

Claire Asiimwe, her sister, described the deceased as a hard-working person who supported them after the death of their parents, saying that she was so supportive to the extent that the entire family depended on her.

Col. Fred Kiyingi, the commander of Entebbe Air Force base described the fallen soldier as a committed lady who fought for the wellbeing of the Air Force saying that her departure has created a vacuum that will not be filled soon.

“The country has lost such a committed lady who was so important, we shall miss her presence,” he said.

Col. Kiyingi assured the mourners that government will take care of her two young children and that her terminal benefits will be worked on and be given to her family members.

Maj. Gen. Geoffrey Tumusiime, the chief mourner described Busingye as a disciplined soldier, God-fearing, listening and a humble lady with good working relations, who worked harder for the betterment of her family and her workmates 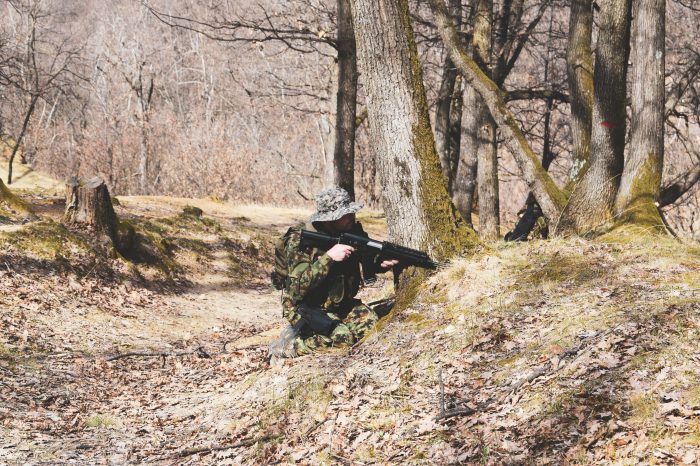 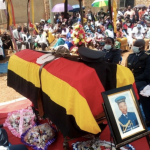