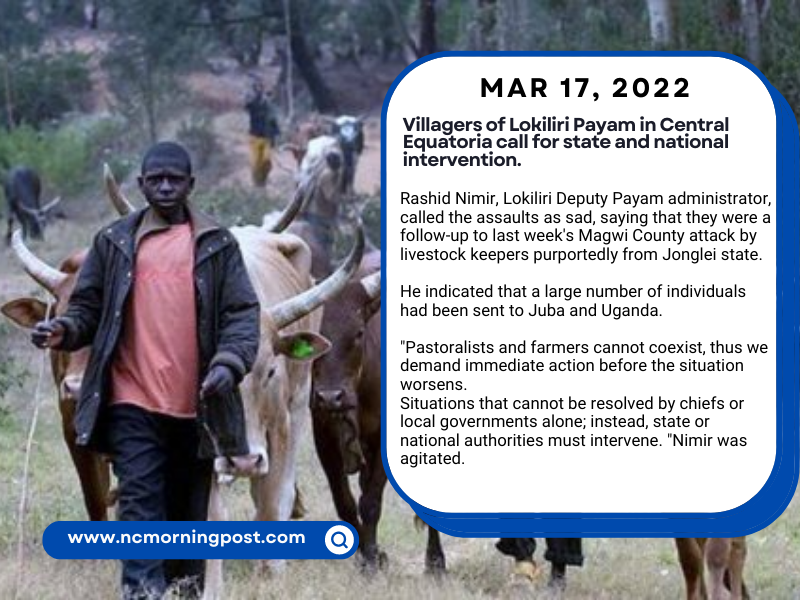 The Archbishop of the Episcopal Church of South Sudan, Central Equatoria Internal Province Archbishop Paul Yugusuk, who visited the afflicted region, claimed in a report received by NCMP on Tuesday that the Sunday assault destroyed the lives and livelihoods of the people in the area.

“They have inflicted huge havoc, murdering 19 people, raping and robbing, and agricultural destruction that has lasted till yesterday (Monday),” Archbishop Yugusuk stated.

“Hundreds of families have taken safety in Gumbo, while others have fled to Uganda, mainly to the Adjumani Refugee camps.

The settlements have been left desolate, and one of them, Tibure in Kubi, has been burned down, with 27 dwellings destroyed.”

According to the bishop, tranquility has been restored after the government intervened by deploying soldiers to Kubi and Aru Junction bomas on Tuesday.

However, he stated that this is just a temporary solution.

“We are hoping that the livestock herders will leave the region totally. This will provide stability and peace, and it will also encourage our people to return since it is the rainy season, and people have already prepared the land, planned to plant, and the rain has already begun. So we want the livestock to be returned to their native locations to be implemented. ” According to Archbishop Yugusuk,

Rashid Nimir, Lokiliri Deputy Payam administrator, called the assaults as sad, saying that they were a follow-up to last week’s Magwi County attack by livestock keepers purportedly from Jonglei state.

He indicated that a large number of individuals had been sent to Juba and Uganda.

Situations that cannot be resolved by chiefs or local governments alone; instead, state or national authorities must intervene. “Nimir was agitated. 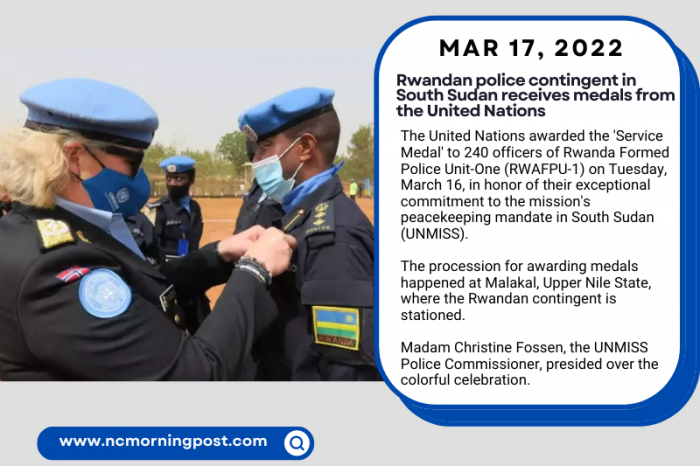 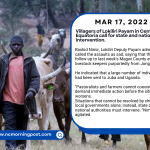