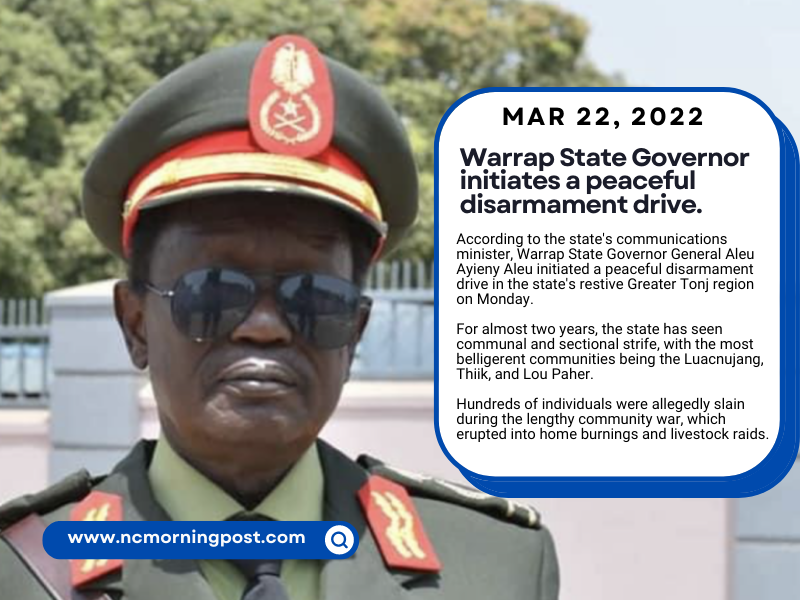 For almost two years, the state has seen communal and sectional strife, with the most belligerent communities being the Luacnujang, Thiik, and Lou Paher.

Hundreds of individuals were allegedly slain during the lengthy community war, which erupted into home burnings and livestock raids.

Despite many attempts by local authorities to limit the violence, vengeance and night assaults continue to occur, despite the fact that the state administration has referred to them as isolated incidents.

There was no violence last month in Tonj North and Tonj East, which had a history of livestock rustling, revenge assaults, and night murders.

Ring Deng Ading, the Warrap State communications minister, said that the state administration has begun the disarmament program in the three counties of Tonj East, Tonj North, and Tonj South.

“The communities are eager to hand up their firearms since the governor initially spread peace messages among the then-conflicting communities.” The state administration will organize the disarming of the remaining counties.”

Tonj South County Commissioner Marco Agoor Malang, for his part, verified the peaceful disarming initiative and said that it began in his county’s Thiet town.

“”The governor initiated the disarmament of citizens in Thiet Town, Tonj South County, and he first spoke with the SSPDF troops and their commanders,” Commissioner Agoor said.

“This is critical because there are two approaches to disarmament: the mentality approach, in which people’s minds must be disarmed, and the forcible approach, in which citizens who possess illegal small guns refuse to surrender them.”

“We have already begun in Tonj South County where armed kids have given their firearms, and those who have not will be invited to join the regular forces so that they may get instruction on how to wield a gun,” he continued. 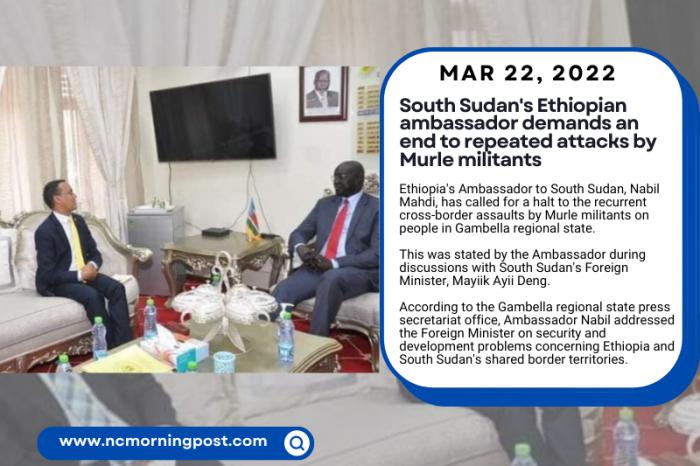 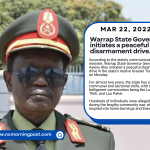