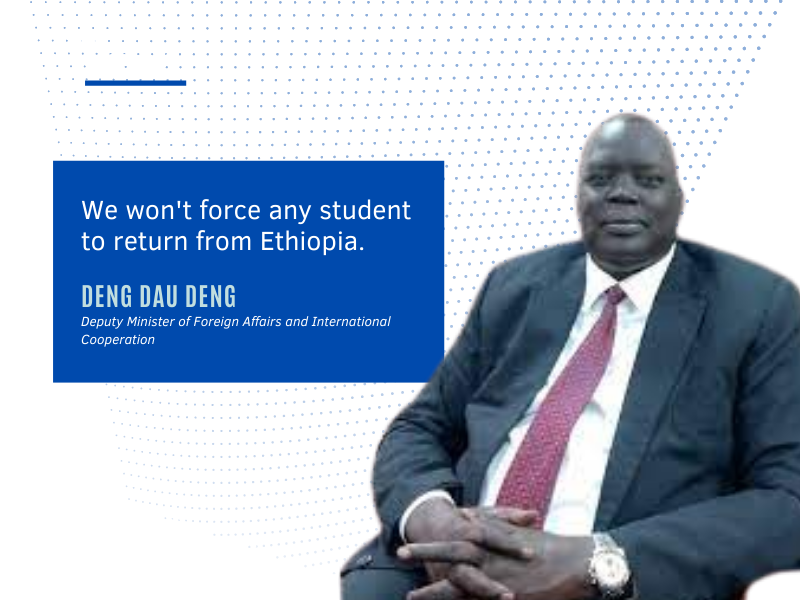 Deng Dau Deng, Deputy Minister of Foreign Affairs and International Cooperation, indicated in a report reviewed by NCMP that the students’ return is optional since some of them may prefer to stay in Addis Abeba.

According to Deng, the displaced South Sudanese students who are being housed in the South Sudan embassy in Addis Abeba would be returned shortly. He also said that a plan is in the works to return them to Juba as soon as possible.

On Wednesday, at least 59 students, mostly from the Ethiopian war-torn area of Amhara, sought sanctuary at the South Sudan Embassy in Addis Abeba for security after the colleges were shuttered due to an armed clash between the Ethiopian army and the Tigray People’s Liberation Front (TPLF). The Tigray People’s Liberation Front (TPLF) is a separatist organization that has advocated for the Tigray region’s independence from Ethiopia.

According to the deputy minister, feeding has been a huge difficulty, which is why the ministry has been working around the clock to get the students back to Juba.

He went on to say that the ministry does not have the money to house them in Addis Abeba, but he is hopeful that the student would return to Juba soon.
However,

He said that it is the kids’ responsibility. If they believe they want to come, the government will make it possible for them to do so.

South Sudan’s Ambassador to Ethiopia, James Morgan, said on Tuesday that the students were evacuated to Addis Ababa after their colleges were shuttered and they were the only students remaining on campus.

“Do not panic, our countrymen in South Sudan.” There is no issue. The situation at the universities is normal, although they are not operational. “That is why the kids requested to return home,” the deputy minister said.

Earlier this week, allegations surfaced that rebel forces were planning to invade Addis Ababa, Ethiopia’s capital. This resulted in a major migration from Addis Abeba, with both ex-pats and natives leaving the nation owing to unrest. 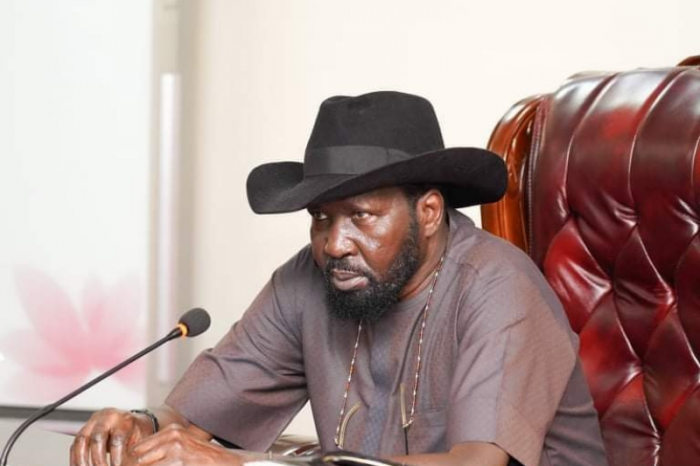 Kiir's same old method: catch a scapegoat, let him go, and in the future, re-appoint. 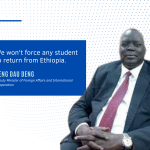