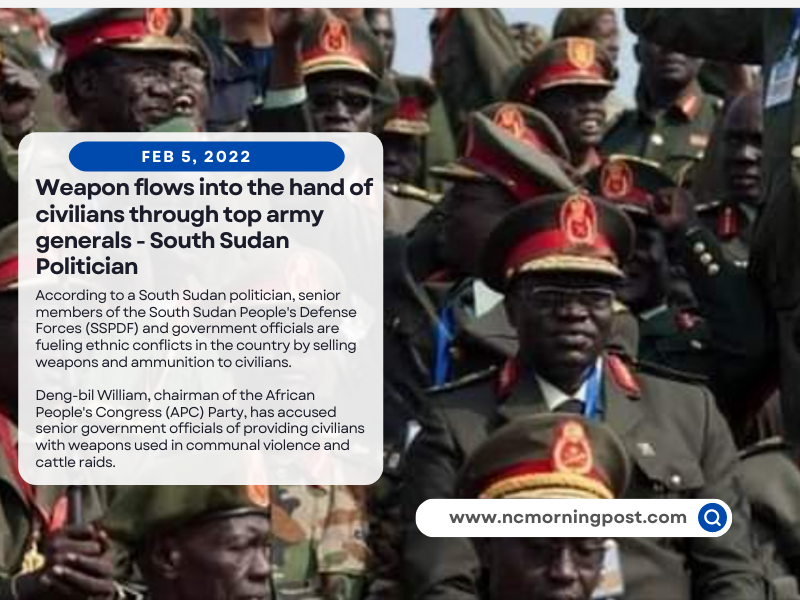 According to a South Sudan politician, senior members of the South Sudan People’s Defense Forces (SSPDF) and government officials are fueling ethnic conflicts in the country by selling weapons and ammunition to civilians.

No longer is it a secret that government officials and top military generals provide arms and ammunition to civilians. In a Sudans Post report seen by NCMP on Friday, William said citizens aren’t buying guns and ammunition from Russia or China.

“They are acquiring them here within our borders, not in other countries; they are getting arms here in Juba from top generals and officials,” William added.

William said the wide spread of illegal firearms in the hands of civilians has weakened the enforcement of the rule of law in the Jonglei, Lakes, and Warrap States.

Whenever their ethnic group is attacked, they will mobilize resources, guns, and ammunition and take them to their communities, he said.

The outspoken youth leader urged the government to set up laws to regulate the flow of firearms.

“The government and the national army control small firearms. They are no longer small arms. “Civilians are even getting RPG, PKM, and JAK-12, so the government must tighten the flow of arms into the hands of civilians,” he said.

He stressed the need to prosecute top military generals accused of supplying their communities with firearms.

“The generals should be investigated and if they are found to be involved in supplying arms and ammunition to their communities or ethnic groups, they should be prosecuted,” he said. 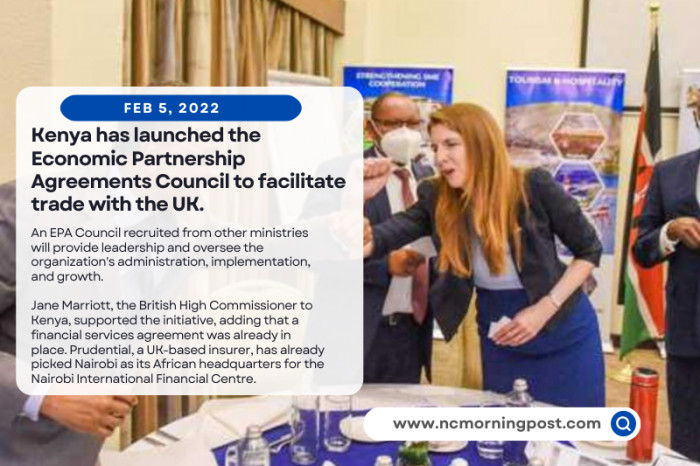 Kenya has launched the Economic Partnership Agreements Council to facilitate trade with the UK. 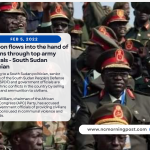