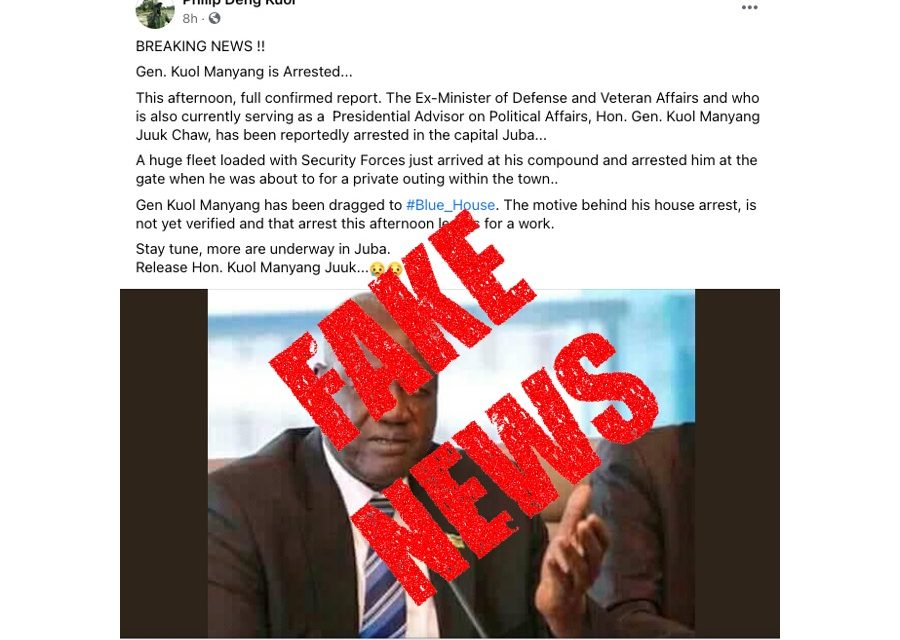 Recently, some close associates of President Kiir are publicly criticizing his administration and this give room for speculations about his reaction to all this criticism. Also in way allow fake news stories to proliferate on social media. Indeed, they are often shared more than real news is.

In a country like South Sudan, fake news is harmful. Many untrue stories are believed by the people who post them. Sometimes a story that was intended as satire circulates as fact. Others are deliberately deceptive.

A recent report seen by NCMP by one Philip Deng Kuol on Facebook about the arrest of Gen. Kuol Manyang in Juba, was shared widely on Facebook, with close to 200 comments and over 72 shares with few hours that the news hit the social media.

This wholly fabricated story, as at the time of the report, the said general that was allegedly arrested was in Bor town witnessing the launching ceremony at Dr. John Garang memorial university. He wasn’t in Juba at all.

Combating the spread of false stories is important but difficult. The obvious solution — fact-checking — is ineffective: Many fake news consumers are suspicious of mainstream media and dismiss as partisan and deceptive any statistics or evidence that counter their beliefs.

Worse, as we’ll discuss below, demonstrating the factual flaws in a story can actually increase its social value. To discourage the spread of fake news, we need to better understand why sharing these stories is so appealing.

Partisanship is part of it. People like and share news that conforms to their existing beliefs, and fake news stories are often strongly biased. Of course, people also share real news when it agrees with their views. One would think that given a real news story or a fake one, both conforming to one’s beliefs, that the real news would be preferable.

But fake news thrives online, frequently surpassing real news in its reach. Recognizing the social function of news sharing is the key to understanding this seemingly irrational behavior. In the world of social media, Facebook and Twitter, news is shared not just to inform or even to persuade. It is used as a marker of identity, a way to proclaim your affinity with a particular community. 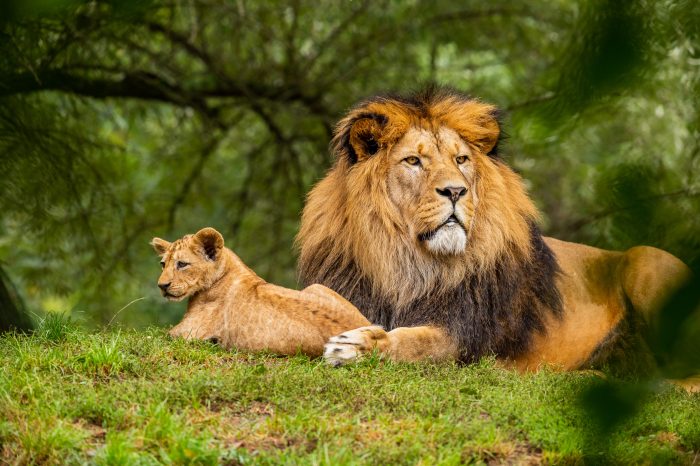 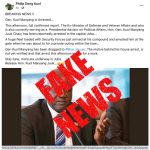