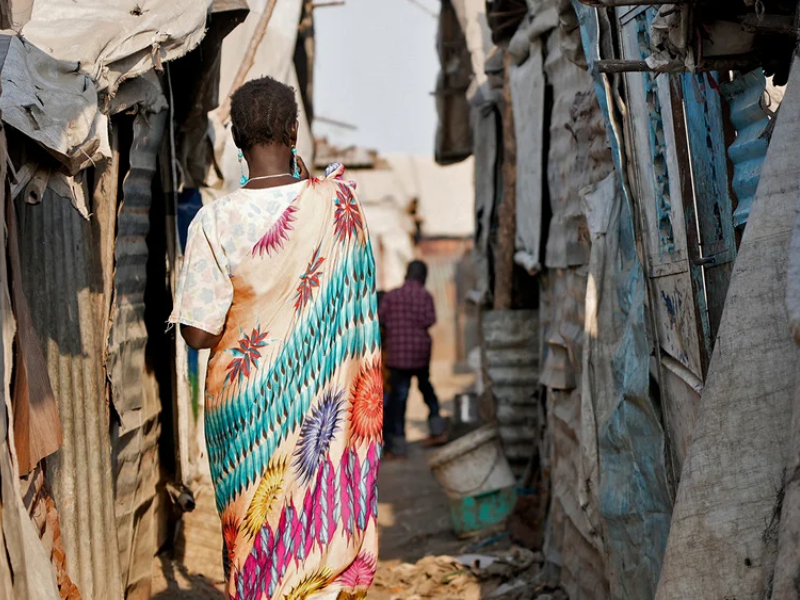 South Sudan’s government wants millions of people who fled the country’s devastating civil war to return home ahead of national elections tentatively scheduled for 2023. But some humanitarians worry that returns could be risky, as violence continues to flare around the country despite a 2018 peace agreement and the subsequent formation of a unity government.

There are also fears that government officials might use returns to build up demographic majorities for their constituencies with a view to a future election while ensuring that other groups—more likely to vote against them—remain displaced.

Despite these fears, last November, the UN’s top official in South Sudan, Nicholas Haysom, optimistically claimed the nation was at the “cusp of a breakthrough”—set, he said, to become “a peaceful, stable, and prosperous country for the first time since its independence.”

Some UN agencies appear to agree with that assessment and are hoping to support the government in its efforts to help return the 2.3 million refugees and two million internally displaced people who have fled the civil war that began in December 2013, and more recent heavy flooding.

“The government is very positive about returns,” Sophia Glazunova, a protection officer in South Sudan for the UN’s refugee agency, UNHCR, told The New Humanitarian. “We need to help people come back and integrate.”

The two million refugees who fled the civil war are largely in Uganda and Sudan, with smaller populations in Ethiopia, Kenya, and the Democratic Republic of Congo. The internally displaced are widely scattered throughout South Sudan, with heavy displacement caused by continued conflict in the regions of Equatoria and the Greater Upper Nile, as well as by heavy flooding in much of the country.

Although UNHCR’s official position is that conditions aren’t right in South Sudan to facilitate returns now, the agency has said it is willing to support spontaneous refugee returns that have already taken place and to facilitate the return of internally displaced people (IDPs). Since the signing of the peace agreement in 2018, UNHCR and other humanitarian agencies have facilitated the return of 18,690 IDPs.

Some humanitarians are concerned, however, about returning displaced people while land occupation issues remain unresolved and families lack the savings that would enable them to reconstruct lives in regions razed by war.

Returns could also prove dangerous as conflict continues around much of the country, implementation of crucial security arrangements related to the peace agreement is stalled, and heavy flooding has displaced hundreds of thousands of people.

New political tensions are also expected to emerge in the run-up to the 2023 polls – the country’s first since independence – with census-taking and the voter registration process anticipated to be especially contentious.

“Looking back historically, it is not just election day itself that could present protection concerns, but everything leading up to it,” said Alicia Luedke, a conflict analyst in South Sudan for the International Organization for Migration, the UN’s migration agency.

Population engineering, if it were to occur, would reflect a long history of displacement being used as a tool of war in South Sudan. Military forces in the country have often prevented people from returning to the lands from which they fled and then brought in more pliable populations in their place.

For example, after a 2017 military campaign pushed the Shilluk of Upper Nile state out of Malakal town, the government moved in some 2,000 displaced Padang Dinka – a rival group to the Shilluk, and dominant in the state government – from elsewhere in the country.

“[Both the government and the opposition] have ethnically displaced supposedly hostile groups, and enabled returns only for sympathetic constituencies,” said Ferenc Dávid Markó, a researcher on South Sudan with the Geneva-based Small Arms Survey.

Facilitating returns presents a dilemma for humanitarian agencies operating in the country: Even if such movements are politically engineered, the people being transferred are often in a bad way and need support.

Yet if UN agencies and NGOs blindly assist such populations, they risk aggravating tensions and creating a situation in which only some groups can return home and gain access to humanitarian services.

Saadia Aleem, a former protection officer in South Sudan with the Norwegian Refugee Council (NRC), said the way returns are being approached suggests the humanitarian sector is already falling into this trap.

“There is insufficient focus on the lack of progress in the peace agreement, little meaningful conflict sensitivity or protection analysis, and no support for the preparatory work needed for a cohesive and accurate census or election,” Aleem said.

Some 387,000 refugees have come back to South Sudan since the signing of the peace agreement, tho many did so because of deteriorating situations in neighboring nations rather than improvements at home.

Many of those still displaced, both refugees and IDPs, will struggle to return to their villages and towns because of damage sustained during a war in which one of the government’s objectives was to render restive rural regions uninhabitable.

From 2014 to 2018, ethnic and political violence displaced people from vast swathes of Upper Nile and Unity states, as government forces razed villages and burned cattle byres, partly to ensure that people couldn’t return to their homes.

For Jama Gatpan, a resident of a displacement camp in Bentiu, the capital of Unity state, there is no going back to where she fled in 2014. “There is no development there,” she said in a September 2021 phone interview.

Land and property issues created by the conflict also remain a hurdle for prospective returnees like Stanislaus Obuc, an elder from the Shilluk group that was forcibly expelled from parts of the Upper Nile during the war.

Speaking to The New Humanitarian from a displacement camp last year, Obuc said he has not been able to return to his hometown of Malakal since 2018 because his house is occupied by somebody from the Padang Dinka group.

Enabling Obuc’s return is not only a question of resolving entrenched property disputes: Both the Padang Dinka and the Shilluk claim Malakal as their own and want administrative control of the state capital.

“Into that uncertainty, how can you expect people to return with any confidence?”

These political divides were at the root of the displacement of the Shilluk and must be resolved before sustainable and equitable returns can take place. Yet, if returns are to occur – in the run-up to next year’s polls – various electoral processes will likely lead to violent contestations over administrative power and land, complicating any such resolution of political divisions in places like Upper Nile.

Even if issues over administrative power can be resolved, the civil war has transformed the way that South Sudanese people inhabit their country, making a simple model of returns – where people head back to their rural homes – difficult to envisage.

The war has accelerated the process of urbanization as people have become increasingly reliant on markets and wage labor, while insecurity and land occupation issues have made small-scale agriculture hard to sustain. Few families will return to the rural south of Unity from the displacement camp in Bentiu, and if they do, it will likely only be part of the family and for part of the year.

Humanitarian agencies must therefore reckon with the fact that people will not always return to a single place. Instead, families will spread themselves between different areas in order to maximize access to resources under conditions of extreme hardship.

The humanitarian sector traditionally views the decision to return home in binary terms: as either voluntary or involuntary. But in a situation where the government exerts different forms of pressure on people to move – and where humanitarian service provision can be a significant draw for communities – the distinction between free returns and forced returns isn’t always clear cut.

Government manipulation of returns is a looming problem for the humanitarian sector, whose assistance has long been used as a tool of war by the country’s various belligerent parties.

For example, in 2015, in southern Unity state, the government declared certain areas safe zones for civilians, and allowed humanitarian agencies to distribute resources there, while the rest of the region was subject to raiding from government-aligned militias.

Humanitarian provision of resources and services became a way for the government to draw rebel-aligned populations into government-run areas, where they could be controlled, while the rest of the state was depopulated, leaving it more vulnerable to attack.

A recent population transfer in Upper Nile state exemplifies the difficulties humanitarian actors face when deciding if and when to facilitate returns, given government manipulation of the sector.

In December 2020, the UN’s emergency aid coordination body, OCHA, received a request from James Tor Monybuny, a Padang Dinka official, asking agencies to transfer displaced Padang Dinka from Upper Nile’s Melut county, where they had fled during the war, back to nearby Baliet, their home county.

The Upper Nile Solutions Working Group (UNSWG) – which coordinates humanitarian efforts in the state – decided to help and facilitate these returns, according to UNHCR’s Glazunova.

But several aid workers said the transfer – which took place from April to May 2021 and saw a total of 5,654 people return to Melut – went ahead despite the objections of many humanitarian agencies.

The critical aid workers pointed out that Baliet is one of the areas in the Upper Nile from which the Shilluk were forcibly expelled during the civil war, and where administrative control is currently contested between the Shilluk and Padang Dinka.

Enabling the Padang Dinka to return to Baliet while ethnic Shilluk remain displaced could therefore help hardwire a demographic majority into a politically contested county ahead of future elections.

That context was ignored, however, in a UNSWG report that followed an April 2021 evaluation mission to Baliet. Seen by The New Humanitarian, the report called the county “ethnically homogenous” and omitted any mention of past Shilluk presence.

Approval for the transfer, meanwhile, didn’t come from the office of the current Shilluk governor of Upper Nile – Abudhok Ayang Kur – but rather from Monybuny, who is the state’s deputy governor. He has effectively marginalized his superior.

As well as the danger posed by facilitating returns to a contested area, aid workers worried about transferring people at a time when there was active recruitment of militia forces in Baliet, following February 2021 clashes between Padang Dinka and Nuer youth.

These concerns were raised by international NGOs in the country, but they were not addressed, according to Aleem, the former NRC protection officer. “Concerns about conflict sensitivity were flagged… earlier in the year,” she said. “Unfortunately, some pushing this return took a black-and-white view of it, while individuals who questioned the wisdom of the operation were actively sidelined.”

In the end, many of the Padang Dinka transferred to Baliet returned to Melut in August 2021, after record flooding swept thru both the county and the country, uprooting hundreds of thousands of people.

The UNHCR has named a number of areas in South Sudan “pockets of hope” – areas to which people can supposedly safely return – and in which the UNHCR could assist  “spontaneous returns”. One such area is Magwi, in Eastern Equatoria state, where, in December 2021, soldiers threatened spontaneous returnees with violence and accused them of being rebels.

Opponents of facilitating wholesale returns fear that without addressing the political issues that created population displacement in the first place, returns are likely to create an unequal landscape in which only some groups can go home. Such returns, they say, risk inflaming the political tensions created by the war rather than resolving them. 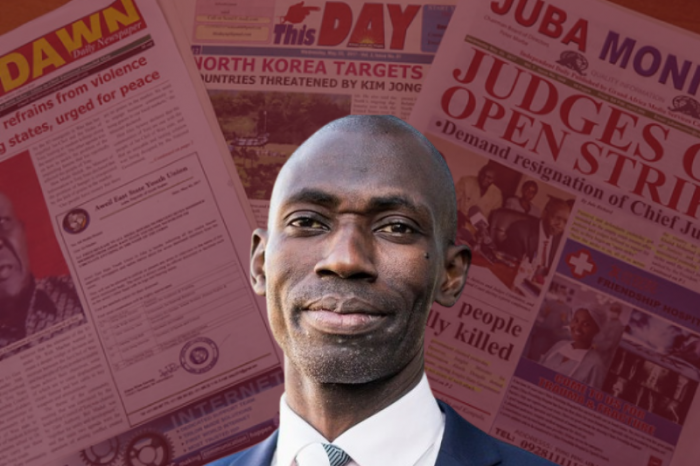 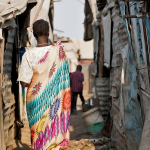