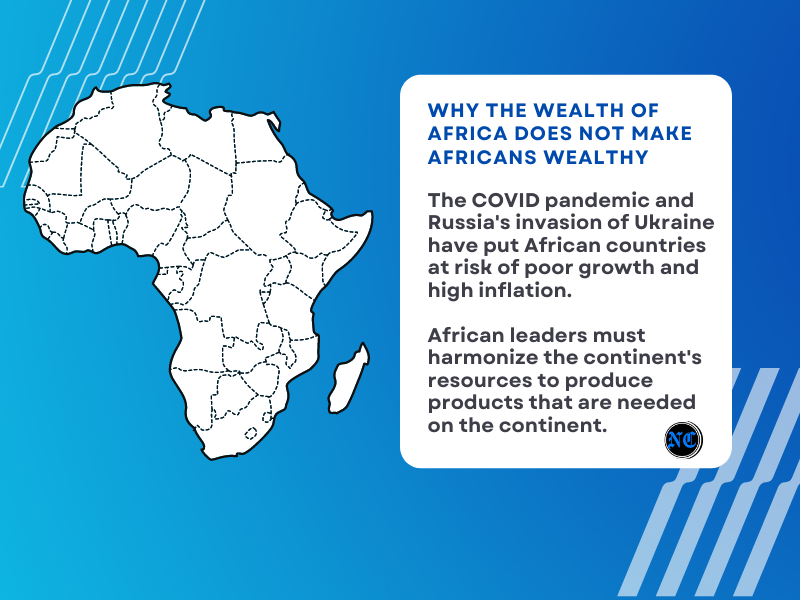 Katanga province in the Democratic Republic of Congo is blessed with enormous natural wealth, including vast deposits of precious minerals such as diamonds, gold, and tantalum.

Katanga saw a spectacular mining boom around the turn of the century when President Laurent-Desire Kabila and then his son Joseph licensed international mining companies to tap its treasures.

This arrangement generated riches for the Congolese elite, and vastly more for the prospectors, but offered little to the poverty-ravaged population. From 1999 to 2002, the Kabila regime “transferred ownership of at least $5 billion of assets from the state mining sector to private companies under its control… with no compensation or benefit for the State treasury,” a United Nations investigation found.

The bonanza coincided with a ruthless crackdown on dissent. In 2004, a small, mostly civilian group took over a mine operated by the Australian firm Anvil Mining in Kilwa village, protesting that the company was making huge profits without rewarding the local workforce.

According to a UN report, the Congolese army crushed the uprising and killed around 100 people, many by summary execution. 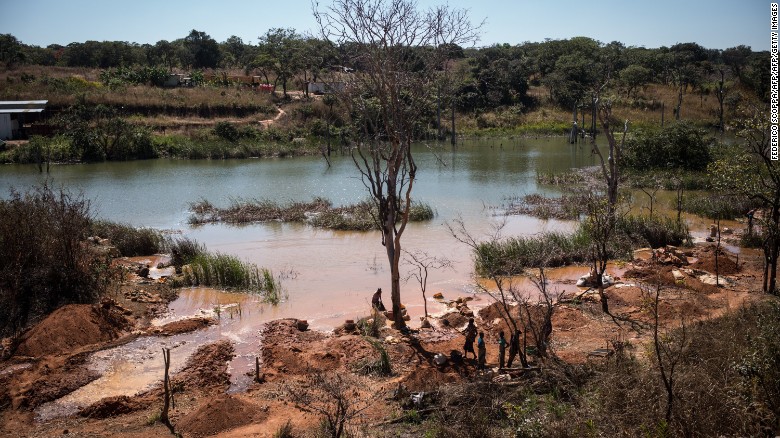 The combination of staggering wealth, rampant violence, and abject poverty in DR Congo is no coincidence, but part of a pattern causing devastation across Africa, according to Financial Times investigative journalist Tom Burgis.

In a new edition of his book The Looting Machine, the author probes the paradox of “the continent that is at once the world’s poorest and, arguably, its richest.”

Burgis, a former correspondent in Lagos and Johannesburg, finds a wide variety of kleptocrats and rackets over his travels through dozens of resource-rich countries. But a common thread is that the wholesale expropriation of resources during colonial times has barely slowed through the post-independence era, albeit with new beneficiaries.

“Western governments are not supposed to wield commercial and political power at the same time, and certainly not to use one to benefit the other,” says Burgis. “In colonial states…The British or Portuguese would cultivate a small group of local people who would fuse political and commercial power to control the economy.”

“When the foreign power leaves, you are left with an elite that has no division between political and commercial power. The only source of wealth is mines or oilfields, and that is a recipe for ultra-corrupt states. Somewhere like Nigeria, an ‘extractor elite’…wanted to draw to itself the rent that oil and mining resources generate.”

Burgis cites another colonial hangover in the continued presence and power of oil and mining firms.

“The multinational companies hold enormous economic and political power in post-independence African countries,” he says. “In this way, there is a pretty straight line from colonial exploitation to modern exploitation.” 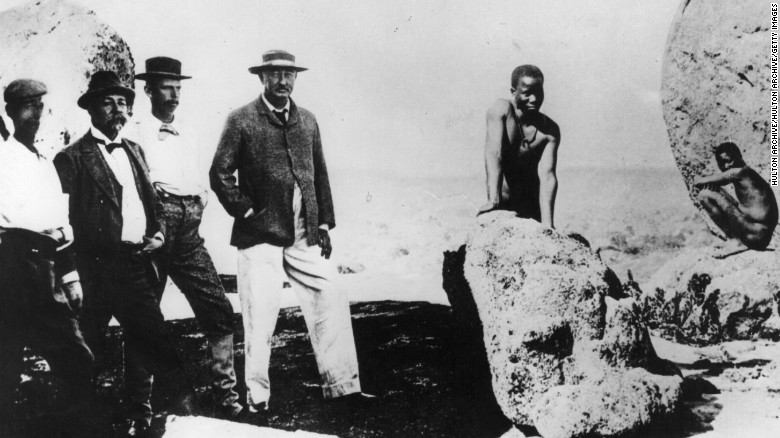 The ability of governments to rely on resource revenue leads to corruption and oppression, Burgis argues, as they are not accountable to their people through a social contract based on taxation and representation.

He cites Angola, which earns almost half of its GDP from oil, as an example of government as “a service for the elite.” A 2011 IMF audit revealed that $32 billion disappeared from official accounts between 2007 and 2010, a quarter of the state’s income.

The Angolan elite rejects accountability and does not tolerate any challenge from the public, Burgis adds, recalling the recent case of activists being jailed for a public reading of a pro-democracy book.

“Government can behave that way if it doesn’t need the consent of its people,” the author says.

Angola has taken steps to address such criticism in recent years, with the 2012 election deemed “generally free and fair” by neutral observers. But human rights groups attest that oppression remains a fact of life. 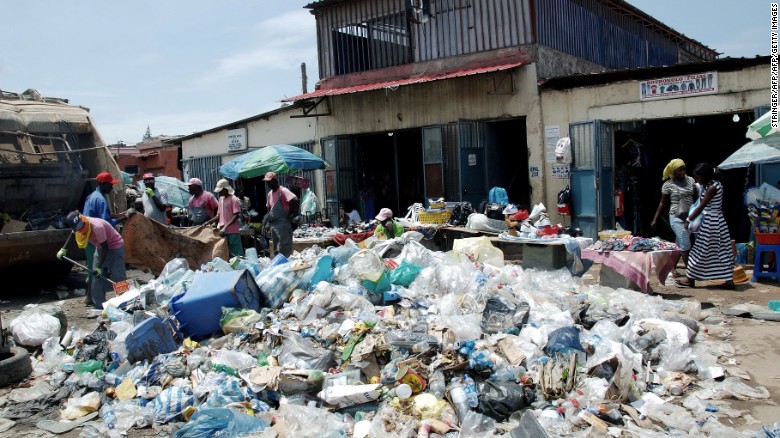 Garbage piles up as so little of Angola’s wealth trickles down to the communities.

The growth of offshore banking in the late 20th century created new opportunities for resource tycoons to cover their tracks, a practice laid bare in the Panama Papers.

Israeli businessman Dan Gertler was an early pioneer. After forging a close friendship with DR Congo President Joseph Kabila, he was granted a near-monopoly on exporting the nation’s diamonds and quickly became a billionaire. Gertler routed the cash through an elaborate network of offshore accounts in tax havens, keeping the details of controversial deals secret.

“In the case of African resource deals, offshore funds have been shown to conceal questionable transactions,” says Burgis. “In the 1980s, bribes were literally cars full of cash and you handed the key to the official you were trying to bribe.”

“Bribery now is much more sophisticated and has become harder to define as bribery if it’s (through) offshore transactions or people being given equity shares in offshore companies…You have to crack open a lot of offshore secrecy to see the conflict of interest that lies at the heart of them.”

The era of global finance has opened African markets to a new generation of mysterious traders. Burgis spent years on the trail of elusive Chinese businessman Sam Pa, who has cycled through multiple aliases while making deals across the continent from Angolan oil to Zimbabwean diamonds. Pa is believed to lead the secretive Queensway investor group, and Burgis claims he has represented the Chinese state, although the government denies this. 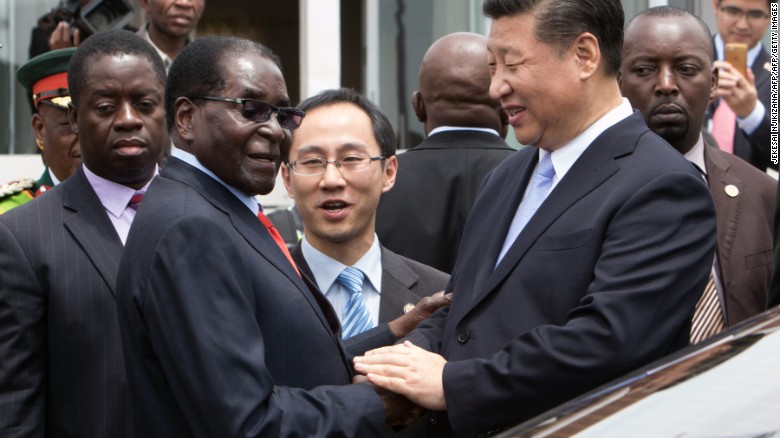 Burgis is skeptical that resource industries can ever be reformed.

“There is a troubling possibility that it’s not possible to put natural resources in these countries to work for the common good,” says Burgess. “(Almost) everywhere that receives a significant share of its income from oil or mining is badly run and often violent — it’s in the nature of these industries to cause these problems.”

Botswana and South Africa have befitted from moving up the value chain — developing high-skilled industries from natural resources rather than just exporting raw materials, such as diamond polishing or manufacturing metallic goods. Burgis believes that diversifying economies away from a single resource — as President Buhari’s government in Nigeria is attempting to do — can mitigate the effects of dependency.

He suggests another option is to keep resources in the country and implement high tariffs to protect domestic industries, but African leaders have been reluctant to adopt such measures.

“We have a world trading architecture with strict rules on imposing tariffs,” says Burgis. “African countries have adopted the market orthodoxy that led them to pare down states and embrace global economic competition — in which they are overwhelmingly the losers.” 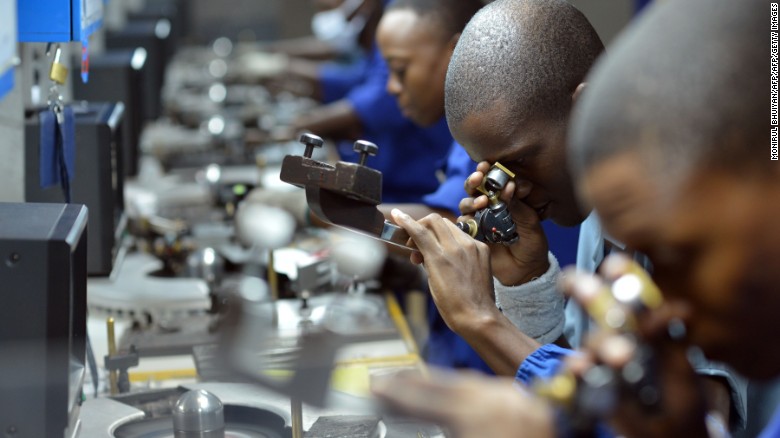 A diamond polishing factory in Botswana is part of a high-skill industry that has been developed from the nation’s raw materials.

Responsibility for the plight of resource-dependent nations goes beyond traders and dictators. The global economy still requires a huge supply of raw materials that originate in Africa, creating an imperative to maintain the existing, destructive model.

Burgis applauds steps such as the Kimberley Process for preventing the ‘blood diamond’ trade but feels that developed nations could go much further.

“The lesson for those in the West who want to address the damage from oil and mining industries, and the corruption that goes with them, is ‘put your own house in order,'” he says. “There has been a tendency to lecture African rulers (but) the problems are in the world financial system.”

The author suggests a global public registry of companies and trusts to counter the use of shell companies in illicit deals.

“That financial secrecy is available is not Africa’s fault,” says Burgis. “Address the part that sits within the global system, which can be regulated from Western capitals.”

The nature of the global supply chain means that complicity with the crimes around resource extraction extends from African dictators all the way to a European mobile phone buyer.

At every level, delusion is a powerful barrier to change. Burgis recalls a meeting with a leading figure of Angola’s kleptocratic regime, who argued passionately that he was protecting his people from even worse abuses.

“It’s human nature,” says Burgis. “Nobody thinks they are the bad guy.” 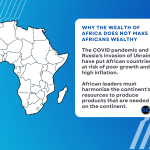